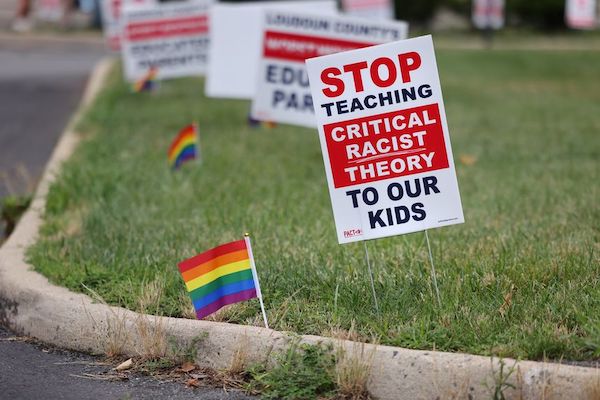 The Wall Street Journal editorial board (7/7/21) recently condemned teachers’ support for anti-racist curricula and professional development. In a piece headlined “The Teachers Unions Go Woke”—because the right loves to use that term as a pejorative—the board wrote:

Believe it or not, union leaders claim that parents who oppose any of this are motivated by hate and are assaulting free speech….

But no one is opposed to teaching about America’s difficult racial history, including the evils of slavery and Jim Crow. What parents are awakening to is that their children are being told the lie that America has made little or no racial progress and therefore its legal, economic and political systems must be turned upside down. 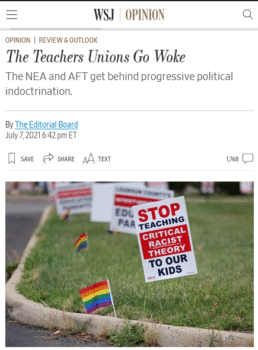 The Wall Street Journal (7/7/21) takes aim at critical race theory, which it describes as “a neo-Marxist ideology that…teaches that a person is defined above all else by race, gender and sexual orientation.”

While this may not be surprising coming from the notoriously right-wing Journal board, it’s worth unpacking as a window into the heart of the right’s anti–”critical race theory” campaign—what it’s trying to do, and how.

First, and crucially, the paper’s claim that “no one is opposed to teaching about America’s difficult racial history” is a flat-out lie, the one that is necessary to sustain the argument.

As much as the right whines about CRT supposedly calling people racists, the point of CRT is explicitly the opposite. CRT turns attention away from individual racist actions, instead highlighting the ways in which the history of racism in this country is embedded in present-day institutions. Right-wing movement leaders know this truth, and they are terrified of it. The evidence is clear as day in their messaging.

with respect to their relationship to American values, slavery and racism are anything other than deviations from, betrayals of, or failures to live up to the authentic founding principles of the United States, which include liberty and equality. 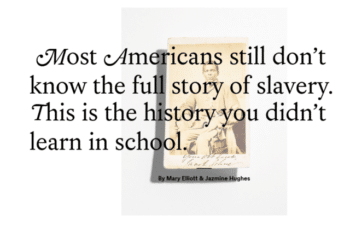 This is the 21st century, so instead of banning a book, Texas is banning a multimedia web project (New York Times Magazine, 8/19/19).

Texas had passed a bill just a month earlier (HB 3979) prohibiting the teaching of critical race theory and the New York Times Magazine‘s 1619 Project, which has an accompanying curriculum and “aims to reframe the country’s history by placing the consequences of slavery and the contributions of Black Americans at the very center of our national narrative.”

Texas Democrats managed to amend that bill to require that a number of historical texts and “historical documents related to the civic accomplishments of marginalized populations” be taught in the state’s social studies curriculum. SB3 would strip the vast majority of these, including: 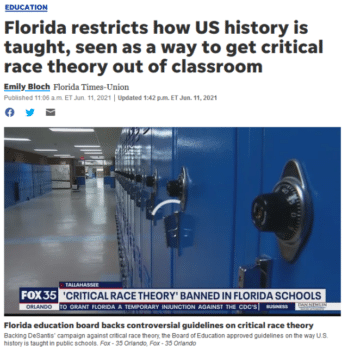 Under Florida’s new rules, teachers “may not define American history as something other than the creation of a new nation based largely on universal principles stated in the Declaration of Independence” (USA Today, 6/11/21).

To top it off, Texas Lt. Gov. Dan Patrick, who is also a member of the board that oversees the state’s history museum, successfully pressed the museum to cancel a book event slated to talk about the role of racism and slavery in the Battle of the Alamo (Texas Tribune, 7/2/21).

Texas, of course, is not alone. In Florida, which has also banned the teaching of the 1619 Project, teachers “may not define American history as something other than the creation of a new nation based largely on universal principles stated in the Declaration of Independence” (USA Today, 6/11/21).

Twenty-seven states at this point have introduced restrictions on what can be taught in schools regarding race. Most use identical language (lifted wholesale from Trump’s executive order to prohibit federal agencies, contractors and grant recipients from conducting diversity trainings) that prohibits schools from teaching a list of “divisive concepts”: 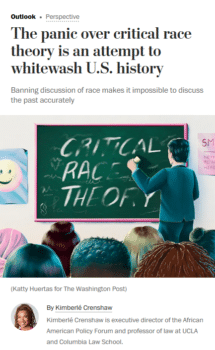 Kimberlé Crenshaw (Washington Post, 7/2/21): “Racism ended in the past, according to the developing backlash, and we would all be better off if we didn’t try to connect it to the present.”

These further clarify that “race or sex stereotyping” means ascribing, among other things, “privileges, status or beliefs to a race or sex.” (Do you think white people or men have privileges in our society? Sorry, that idea is “divisive” and therefore banned.)

A threat to critical understanding

is even more insidious: It explicitly sets out to sanction certain feelings as part of a disingenuous crackdown on racial division. In closing off room to explore the impact of America’s racist history by citing “division”—a subjective condition that turns on any student’s (or parent’s) claim to feel resentment or guilt—the laws directly threaten any teacher who pursues a sustained, critical understanding of the deeper causes, legacies or contemporary implications of racism in fomenting uncivil discord.

Contrary to the Wall Street Journal‘s disingenuous protestations, the entire point of the current backlash campaign is precisely to arrest the recent movement toward teaching about the United States’ “difficult” racial history, because understanding the structural racism of the past reveals and gives context to its persistence.

A whitewashed history that erases the roots of structural racism is the linchpin to the right’s argument that America cannot be a racist or sexist country today. It follows that any inequalities that exist must be based on individual behavior, and racial (and gender) justice movements—against, say, police violence or attacks on voting rights—are misguided. 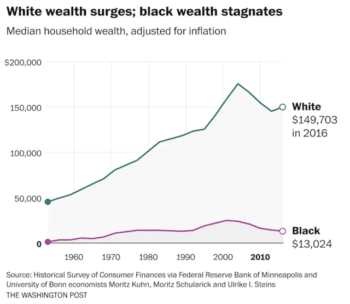 If they cannot teach about structural racism, then both the past and present of racial and gender inequality can only be attributed to a few bad apples.

The myth of ‘racial progress’

Which brings us to the second step in the argument, as presented by the Journal:

What parents are awakening to is that their children are being told the lie that America has made little or no racial progress and therefore its legal, economic and political systems must be turned upside down.

There’s no attempt at obfuscation here: They absolutely don’t want anyone talking about the fact that systemic racism continues to this day, and therefore needs to be addressed institutionally—which is exactly what the BLM protests of last summer made the country talk about.

They don’t want anyone talking about the fact that Black men are two and a half more times as likely as white men to be killed by police (PNAS, 8/20/19), but that those Black men killed are twice as likely to be unarmed (Nature, 5/26/21).

They don’t want anyone talking about the fact that the current life expectancy for a Black American is 73 years, versus 78 for white Americans—with Covid only expanding the discrepancy (PNAS, 2/21/21). This gap has not not narrowed appreciably since the Jim Crow era.

They don’t want anyone talking about the fact that Black people are uninsured at almost twice the rate of whites (Center for American Progress, 5/7/20), and that Black and Indigenous patients continue to receive poorer health care than white patients (New England Journal of Medicine, 2/25/21).

They don’t want anyone talking about the fact that race and ethnicity are better predictors of exposure to pollution than poverty is (Atlantic, 2/28/18).

They don’t want anyone talking about the fact that the median Black family has less than one-eighth the net wealth of the median white family, and that this number essentially hasn’t changed in 30 years.

After beginning by warning against “progressive political indoctrination,” the Journal concluded, “Parents have every right, even a duty, to fight back against this invasion of progressive politics in their schools.”

By “fight[ing] back” against an “invasion of progressive politics,” the Journal means cleansing the classroom of any serious discussion of racism—whether in the past or present.