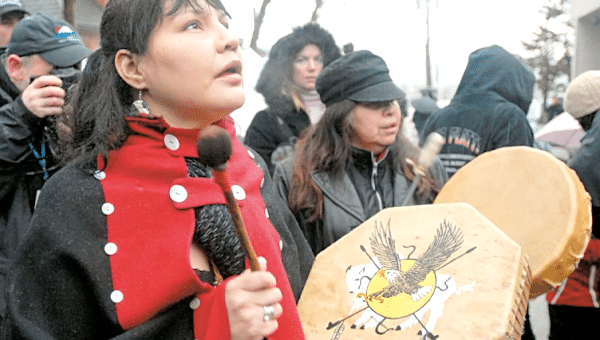 Public opinion has been shaken by the ‘discovery’ of unmarked graves of children who died in residential schools. The word ‘discovery’ has to be placed in quotation marks because Indigenous communities have been saying for many years that terrible things happened at these places. The time has come to call this what it is–a genocide.

The Birth of European Colonialism 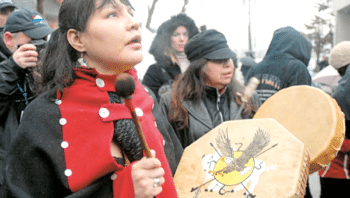 Following the ‘discovery’ of the Americas in 1492, a brutal process of plunder was unleashed by European powers with the goal of taking control of plethoric mineral resources, vast hunting grounds and abundant arable lands. The consequences for Indigenous communities were catastrophic. Through killing, disease and enslavement, they carried out one of the greatest genocides in world history.

On the Shores of the St. Lawrence

In the northern part of the continent, the Indigenous population was spread out across a huge territory, with many communities possessing a significant capacity for resistance, at a time when European settlements were still sparsely populated. Competition between England, France and the Netherlands obliged the French colonial power to come to terms with Indigenous Peoples, more out of necessity than virtue.1
While its aims were the same, France negotiated a number of treaties recognizing the rights of Indigenous People, both to open up western territories to trade and exploration, and to thwart English colonial ambitions.

By the second half of the 18th century, Britain was emerging as the major world power. Given the large French-origin population on the shores of the St. Lawrence, the British colonial power sought ways to subjugate but not annihilate them. They took a different approach to Indigenous Peoples. They crushed the revolt led by Odawa war chief Pontiac (Obwandiyag), traditional ally of the French, which erupted at Fort Detroit in 1763 and spread across the Great Lakes region. Following the secession of the territories that became the United States, the War of 1812 put an end to American ambitions and consolidated the hold of the British Empire.

Soon after, the defeat of the republican movement’s 1837-1838 insurrection further strengthened the colonial power. In 1841, Herman Merivale, Oxford professor and future Permanent Under-Secretary of State for the Colonies, recommended “insulation” and assimilation as a “solution” to the “Native Question.” Indigenous Peoples had to “choose” between assimilation and confinement to reserves where population movements and economic activities were strictly controlled. In 1842, the first Indigenous residential schools were established. The goal of these institutions was clear: “killing the Indian in the Child.”2

In 1867, the British North America Act gave the federal government jurisdiction over lands reserved for Indians, and over Indians as such. In 1869, Indigenous lands were privatized and leased back to them, with a certificate of ownership (“location ticket”) issued to formalize the transaction. Indigenous women forfeited status if they married someone outside their community. This colonial arrangement was completed through the crushing of the Manitoba Métis and the execution of their leader Louis Riel in 1885, opening up western territories to large-scale settlement.

In the Shadow of the Canadian State

After the Second World War, the Canadian state proposed the elimination of Indigenous People’s distinct status, supposedly to give them the same rights as Canadians. But Indigenous Peoples rejected what they saw to be a policy of assimilation. In the 1980s, a memo drafted by a team of experts recommended a limiting of federal-government obligations, a reduction of federal spending on First Nations and a shifting of responsibilities to the provinces. Adopted in part, these measures have created the current state of affairs.

Third Party Management of communities by remote white accounting firms paid out of meagre band budgets is used as a form of fiscal and political punishment. Traditional governance has been eroded by the continued imposition of Ottawa’s band council system. Indian political organizations and First Nations are controlled by annual funding cycles in which large amounts of money can be withheld to express political displeasure, making long term planning impossible.3 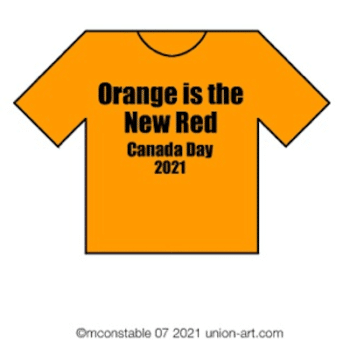 Since the revelations of crimes knowingly perpetrated by the Catholic Church, public awareness in Quebec and Canada has evolved. As for the federal state, though, beyond holier-than-thou rhetoric advocating “reconciliation” and increased spending, the main pillars of the system remain unchanged. No attention is paid to the fundamental issue–Indigenous sovereignty, the right to self-government, in accordance with the UN Declaration on the Rights of Indigenous Peoples. Ottawa refuses to negotiate with communities who do not want to give up title, ignoring the recommendations of the Royal Commission on Aboriginal Peoples.

One hears the word “reconciliation” everywhere these days. “Moral” responsibility for what happened is accepted, but the colonial system remains untouched. In the absence of real sovereignty, though, there cannot be substantial change. Moreover, were the rights of Indigenous Peoples to be recognized, they would constantly come into conflict with a Canadian state whose political economy is based in large measure on resource extraction, which requires territorial control. The Indigenous activist and academic Glen Coulthard has put this another way: “For our nations to live, capitalism must die.”4

So What Can Be Done?

The fundamental institutions of the Canadian state, built on a foundation of colonial plunder, cannot be reformed. You can’t fix a house whose foundation is rotten. In the short-term, though, there are emergency measures on which we must focus:

In the long-term, however, a total overhaul is required, with full recognition of the right to self-determination as its starting point.5
Such a “deconstruction” would only lay down markers for a possible “reconstruction,” probably on the basis of reinvented state entities. Of course, an epic struggle will be required to reach that point. From the point of view of Quebec’s movements for emancipation, an alliance with Indigenous Peoples is indispensable, through a process like the constituent-assembly project promoted by Québec Solidaire in recent years. We can only rebuild Turtle Island if we do so together. •