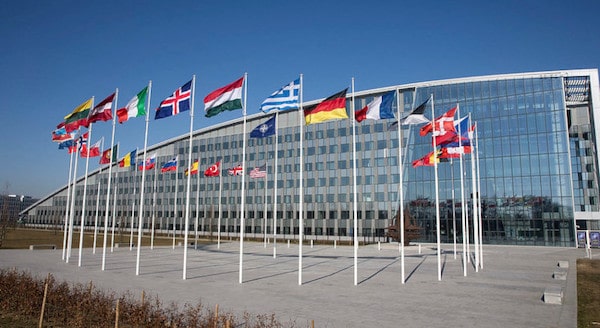 For the first time ever, the World Economic Forum (WEF), a partnership of some of the world’s most powerful corporations, is partnering the UN in launching the Summit, now scheduled for September, with its ‘Pre-Summit’ beginning today.

Food insecurity is primarily due to inequalities and deprivations as victims lack the means to obtain the food they need. The UN should not serve those who cynically use hunger, starvation and deprivation to advance private commercial interests.

The collapse of the Soviet Union, the end of the Cold War and seemingly unchallenged U.S. dominance in the 1990s posed new threats to UN-led multilateralism. The World Trade Organization was set up in 1995 outside the UN system. Later, ‘recalcitrant’ Secretary-General (SG) Boutros-Ghali was blocked from a second term.

Growing corporate sway in the UN system got a big boost with the UN Global Compact. Such influences have affected governance of UN agencies, now better known as the World Health Organization struggles to contain the pandemic.

Difficult negotiations followed growing developing country disappointment with the MDGs, not delivering on climate finance as promised in 2009, and failure to better address the 2008 global financial crisis and its aftermath.

Hence, the negotiated Sustainable Development Goals (SDGs) compromise enjoys greater legitimacy than the MDGs. However, achieving Agenda 2030 was undermined from the outset as rich countries blocked needed funding at the third UN Financing for Development summit in mid-2015.

In the last dozen years after the 2008 world food price spike, the UN Committee on World Food Security (CFS) has become an inclusive forum for civil society and corporate interests to debate how best to advance food security. Unsurprisingly, CFS has long addressed food systems.

CFS’s High-Level Panel of Experts (HLPE) is widely acknowledged as competent, having prepared balanced and comprehensive reports on matters of current and likely future concern. In the UN system, CFS is now seen as a ‘multistakeholder’ engagement model for emulation. Yet, the Summit bypassed CFS from the outset.

Nominally answering to the UNSG, Summit processes have been largely set by a small, largely unaccountable coterie. UNFSS organisers initially moved ahead without representative stakeholder participation until his intervention led to some consultative processes.

Mainly funded by the WEF and some major partners, they remain mindful of who pays the piper. Hence, they mainly promote supposedly ‘game-changing’, ‘scalable’ and investment-inducing solutions claiming to offer technological fixes.

An HLPE report has approvingly considered agroecology or ‘nature-based solutions’. Many scientists have been working with food producers for decades to increase food productivity, output, diversity and resilience through better agroecological practices, thus cutting costs and enhancing sustainability.

The evidence is unambiguous that agroecology has delivered far better results than ‘Green Revolution’ innovations. A survey of almost 300 large ecological agriculture projects in more than fifty poor countries reported rising farmer incomes due to lower costs and a 79% average productivity increase.

This contrasts with the record of the Alliance for a Green Revolution in Africa (AGRA) launched in 2006. With funding from the Gates and Rockefeller Foundations, it promised to double yields and incomes for 30 million smallholder farm households by 2020. Despite much government spending, yields hardly rose as rural poverty grew.

Agroecological innovations have proved effective against infestations. Thus, safer, more effective biopesticides that do not kill useful insects and microbes, and non-toxic alternatives to agrochemical pesticides have been created.

The UN Food and Agriculture Organization (FAO) hosted its first International Agroecology Symposium in 2014, before committing to ‘Scaling Up Agroecology’. But for Kip Tom, President Trump’s representative, FAO was no longer “science-based”.

The Gates Foundation has been funding the Cornell Alliance for Science, ostensibly to “depolarize the GMO debates” by providing training in “advanced agricultural biotechnology communications”. Why traditional agricultural practices can’t transform African agriculture is only one instance of such sponsored propaganda masquerading as science.

Well-resourced lobbyists are using the UNFSS to secure support and legitimacy for commercial agendas. With abundant means, their advocacy routinely invokes ‘public-private partnerships’ and ‘science, technology and innovation’ rhetoric.

Forced to be more inclusive, Summit organisers are now using ‘solution clusters’ for advocacy. They then build broad ‘multi-stakeholder’ coalitions to advance purported solutions with the UNFSS mark of approval.

With strong and growing evidence of agroecology’s progress and potential, propaganda against it has grown in recent years. Agroecology advocates are caricatured as ‘Luddite eco-imperialists’, ‘Keeping Africa on the Brink of Starvation’, and condemning farmers to ‘poverty, malnutrition and death’.

A public relations consultant has accused agroecology advocates of being “the face of a ‘green’ neocolonialism” “idealizing peasant labour and retrograde subsistence farming” and denying “the Green Revolution’s successes”.

Agroecology solutions are the main, if not only ones consistent with the UN’s overarching commitment to sustainable development. But the propagandists portray them as uninformed barriers to agricultural and social progress. Such deliberate deceptions block needed food system reforms.

UN Special Rapporteur on the Right to Food Michael Fakhri alerted UNFSS Special Envoy Agnes Kalibata that agroecology is being dismissed as backward when it should be central to the Summit. Concurrently President of AGRA, with its particular commitment to needed food system reform, she is in an impossible position.

Investing in the Summit is securing legitimacy and more resources from governments, the UN system, private philanthropy and others to further their commercial agendas. Meanwhile, many are working in good faith to make the most of the UN Summit.

Nevertheless, it is setting a dangerous precedent for the UN system. It has rashly opened a back door, allowing corporate-led ‘multi-stakeholderism’ to undermine well-tested, inclusive ‘multi-stakeholder’ arrangements developed over decades under multilateral Member State oversight.

UNFSS Science Days on 8 and 9 July indicated the Summit is being used to push for a new food science panel. This will undercut the HLPE, and ultimately, the CFS. Hence, the UNFSS seems like a Trojan Horse to advance particular corporate interests, inadvertently undermining what UN-led multilateralism has come to mean.

As both CFS and HLPE are successful UN institutions, the Summit will inevitably undermine its own achievements. Hence, for many Member States and civil society, UNFSS represents a step backward, rather than forward.