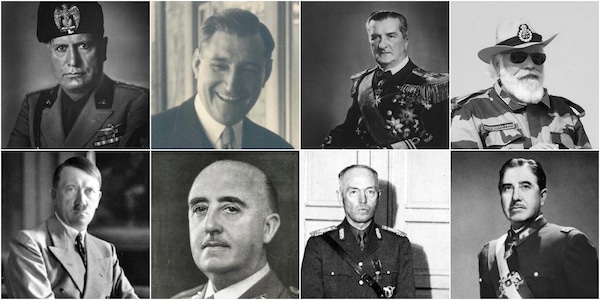 On the morning of July 27, 1943, a mother in a village in Piedmont, Italy sent her young son out on an errand. The family had just learned from a cryptic radio news broadcast that Benito Mussolini had been deposed and arrested, and she wanted to know more. So the son, a gangly 11-year-old, went to a nearby newsstand to pick up a newspaper.

Writing about that episode many years later, the boy recounted the multiple shocks he experienced that fateful morning. One, he found newspapers, but their names were all different now to the ones he was familiar with. Two, a quick glance at the headlines told him the newspapers were reporting on the same event, but differently from one another, something he had scarcely seen before that day.

Again, each paper carried on its front page a statement signed by six political parties: Democrazia Cristiana, Partito Communista, Partito Socialista, Partito d’Azione and Partito Liberale. Where had all these different parties sprung from, he wondered. Born and raised in Fascist Italy, the boy had up until then known that each country had only one political party, and in Italy that party was the National Fascist Party. So, what explained this puzzle?

Equally startlingly, the messages from those parties celebrated ‘the end of the dictatorship’ and ‘the return of freedom’: freedom of speech, of the press, of political association. “My God, I had never read words like ‘freedom’ or ‘dictatorship’ all my life! By virtue of these words, I was reborn as a free Western man,” the boy noted in his recap five decades later of the day that had transfigured his world, lighting it up like never before.

With just a few rapid pen-strokes, Eco etches here a fascinating thumb-nail portrait of fascism–a portrait that evokes the intellectual-moral climate engendered by fascism in particular. And this personal portrait is his point of departure for the larger message Eco is putting out: which is that though fascism has shown up in several different shapes and forms in different countries at different points in time–indeed, though it has evolved continually over time since the 1930s–we can still talk in terms of a common archetype of fascism. It is very important, Eco reminds us, that we do not lose sight of this archetype, or else we will forget that fascism is still around us, ‘sometimes in civilian clothes’:

It would be very easy for us if someone would look out onto the world’s stage and say: ‘I want to reopen Auschwitz, I want the Blackshirts to march through the streets of Italy once more!’ Alas, life is not so simple. Ur-Fascism can still return in the most innocent of guises.

While foregrounding the commonalities across different varieties of fascism, however, Umberto Eco does not pass in silence over their differences, either. Thus, he notes how German Nazism was a lot more monolithic than Italian Fascism or Spain’s ultra-Catholic Falangism.

There was only one Nazi architecture, and one Nazi art. If the architect for the Nazis was Albert Speer, there was no room for Mies van der Rohe…… In contrast, there certainly were Fascist architects (in Mussolini Italy), but alongside their pseudo Coliseums there also rose new buildings inspired by the modern rationalism of Gropius.

Unlike Hitler, Mussolini ‘had no philosophy: all he had was rhetoric’. Not that Hitler was cramped for want of rhetoric, but his intellectual equipment, such as it was, was at least consistent with its own diabolical fashion, while the ideology Mussolini swore by was a tangle of contradictions: it valiantly sought to reconcile monarchy with revolution, republicanism with totalitarianism, a privileged Church with an education system geared fully towards a cult of the Duce, total social and political control with a free market; even his anti-Semitism often lacked conviction, at any rate in his early years in power.

None of this means Italian fascism was more ‘tolerant’ than its German peer, but only that, politically and ideologically, it was much more chaotic than Nazism. 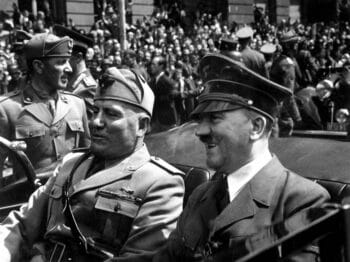 If these inconsistencies across the different variants of fascism mean anything, however, it is merely that “you can play the fascism game many ways, but the name of the game does not change”.

According to Wittgenstein, what happens with the notion of ‘Fascism’ is what happens with the notion of ‘play’. A game can be competitive or otherwise, it can involve one or more people, it may require some particular skills or none, there may be money at stake or not. Games are a series of diverse activities that reveal a few ‘family resemblances’.

It should be worth our while to try locating these ‘family resemblances’ in the current context of escalating totalitarian tendencies across democracies, more particularly India. We need, of course, to bear in mind that Eco’s postulates are a quarter-century old already. ‘Do they still make sense today?’ is a question we cannot, therefore, help asking ourselves. And to answer that question, we must go over his postulates first, keeping in mind Eco’s stated caveat:

These characteristics cannot be regimented into a system; many are mutually exclusive and are typical of other forms of despotism or fanaticism. But all you need is one of them to be present, and a Fascist nebula will begin to coagulate. [Emphasis added]

1. The cult of tradition. “The truth has already been announced once and for all, and all we can (and should) do is continue interpreting its obscure message”. In other words, there cannot be any advancement of learning. This belief system gave rise to “the Nazi gnosis (which) was nourished by traditionalist, syncretistic, occult elements”.

2. The rejection of modernism. The natural sequel to the cult of tradition is a stubborn rejection of the modern world. “The Enlightenment and the Age of Reason were seen as the beginning of modern depravity”. In this sense, Fascism squares with irrationalism.

3. The cult of action for action’s sake. “Action is beautiful in itself, and therefore must be taken before, or without, any previous reflection. Thinking is a form of emasculation.” Therefore culture, since it is identified with a critical attitude, is always suspect. Little wonder that the Fascist vocabulary is bespangled with gems like ‘goddamn intellectuals’, ‘eggheads’, ‘radical snobs’, ‘the universities are a den of communists’.

4. Dissent is treason. The critical spirit makes distinctions, and distinguishing is a mark of modernity. Debate/dissent does, by definition, strike at the root of traditionalism, and so it is inherently treasonous.

5. Fear of diversity. The first call of a fascist movement is a call against intruders, because all regimentation grows and thrives on the natural fear of difference. Fascism is therefore racist by definition.

6. Stoking the social reservoirs of frustration. “One of the most typical features of the historical fascism was the appeal to a frustrated middle class, a class suffering from an economic crisis or feelings of political humiliation, and frightened by the pressure of lower social groups”.

7. The obsession with conspiracies. “At the root of the fascist psychology lies the obsession with a plot, preferably an international one.” The followers must feel besieged at all times: besieged from the outside, but also from the inside. It is the Enemy that defines the Fascist identity.

8. The enemy is both strong and weak. “By a continuous shifting of the rhetorical focus, the enemy is at the same time too strong and too weak”. The followers must feel humiliated by the enemy’s vaunted wealth and power; but they must also believe that they can–indeed, that they will–defeat the enemy.

9. Life is a permanent state of war. “For Ur-Fascism, there is no struggle for life but, rather, life is lived for struggle”, uninterruptedly. Therefore, pacifism is trafficking with the enemy.

10. Elitism in the reverse, or popular elitism. The weak only deserve contempt, so every leader in the fascist hierarchy both looks down upon his subordinates and is himself looked down upon by his superiors. This creates a virtually unending pecking order of elitism where the hierarchy is yet inviolate.

11. Everyone is a hero, and death is his reward. In the Fascist ideology, heroism is not an exception, but the norm. “This cult of heroism is strictly linked with the cult of death”, of self-immolation and self-sacrifice.

12. Machismo and misogyny. “Since both permanent war and perennial heroism are difficult games to play, the Ur-Fascist transfers his will to power onto sexual questions”. This is where machismo comes in: it implies both disdain for women and intolerance of a ‘nonstandard’ sexual orientation like homosexuality.

13. Selective populism. In Ur-Fascism, individuals have no rights, but only the ‘people’–conceived of as a monolithic entity expressing the ‘common will’–have. And it is only the Leader who is vested with the power to interpret the common will, so that the people neither exercise nor even delegate any power, their role being confined to playing their role as the people.

14. Newspeak is the new lingua franca. All Ur-Fascist literature, including scholastic texts, revel in the use of an impoverished vocabulary and an elementary syntax, in order to limit the instruments of complex and critical reasoning. A related objective is also to undermine culture and the cultivated taste for quality, because quality, in the fascist’s book, is retrograde.

As one comes to the end of this catalogue, one cannot escape the thought that Umberto Eco might well have been writing with an eye on the India of 2021, and not just drawing from lived experience of 1930s’ Italy.

In part, this list is chillingly contemporary in the Indian context with its stress on the cult of tradition, its apotheosis of ‘pure action’ (called ‘masterstrokes’ by the big media), or its recognition that dissent can equal betrayal.

It doesn’t fail to remind us either that there are clear semantic compatibilities between Goebbels (‘When I hear talk of culture, I take out my pistol’) and the modern-day Hindutvawadi: words/expressions like ‘presstitutes’, ‘the Khan Market gang’ and ‘the JNU mafia’, or the righteous counterpoising of ‘Harvard’ with ‘hard work’ are all unmissable throwbacks to the era of classical fascism. 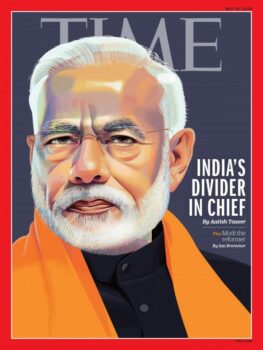 The bogey of the intruder, the ‘other’, is as potent a weapon in the hand of the Indian state today as it was in Hitler’s. As is the obsession with conspiracies of every kind.

Eco was being particularly acute when he noted how the middle class was emerging as the hotbed for fascist ideology, what with the old-time ‘proletarians’ either transmuting into the petty bourgeoisie or coalescing into the politics-eschewing lumpen proletariat. Standing yet at the threshold of the Internet millennium, Eco was uncannily prescient about the novel forms that ‘selective populism’ was slated to assume in future:

There looms in our future a TV or Internet populism, in which the emotional response of a selected (and carefully targeted) group of citizens can be presented as the Voice of the People.

Both these prognostications have come true for India already. Indeed, if, as Eco suggests, the presence in a society of even one of the ‘family resemblances’ described by him was enough to make it a candidate for the Ur-Fascist qualification, India will soon be well on its way to full-blown fascism.

As eerily accurate as Umberto Eco’s delineation of fascism is, it is only intended as an aid to resistance. “Our duty”, he says, “is to unmask it (fascism) and to point the finger at each of its new forms–every day, in every part of the world…. Freedom and liberation are never-ending tasks. Let this be our motto: ‘Do not forget’.”

The concluding stanza of a Franco Fortini poem Eco quotes in his essay can be both sobering and inspirational for us today:

But we have read the dead men’s eyes
And the world’s freedom is the gift we bring
While the coming justice is close
Clenched in the hands of those same dead men.