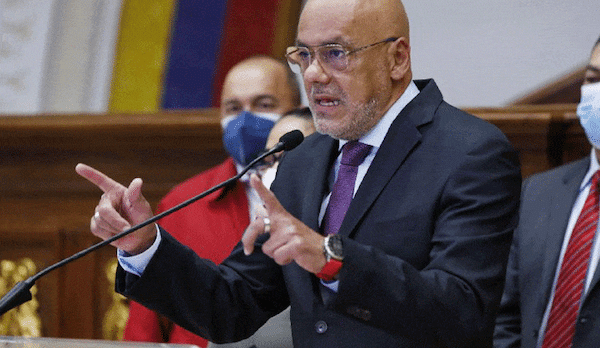 With the official inclusion of the Venezuelan diplomat, Alex Saab, into the Mexico Talks, a new stage opened in the development of the dialogue process opened in Mexico between the Venezuelan Government and sectors of the opposition, grouped in what is called the Unitary Platform.

The announcement was made this Tuesday, September 14, by the president of the National Assembly and head of the official delegation at the Mexico Talks, Jorge Rodríguez. He reported that the delegation will proceed to notify the Norwegian government, in its role as mediator, and the chief interlocutor of the opposition group, Gerardo Blyde.

“We consider that the Venezuelan diplomat Alex Saab is fully trained,” Rodríguez said, stating that the diplomatic envoy was fulfilling assigned missions, in particular, to overcome the consequences of the blockade that is being discussed, among other points, during the negotiations in Mexico.

“The Venezuelan diplomat Alex Saab is not in prison, he has been abducted in Cape Verde for more than 400 days,” the president of the national parliament stated bluntly. In the diplomat’s arrest, all regulations established by international law were violated, added Rodríguez.

Alex Saab is convincing proof that the so-called “sanctions” are nothing but financial pressure mechanisms that seek to suffocate the Venezuelan people, commented Rodríguez. As additional evidence, Rodríguez spoke about the lives of many children in Venezuela who cannot access their medical treatments, for example.

The head of the government delegation to the Mexico Talks explained that Saab was also incorporated as a full delegate of the “social table” that emerged as part of the agreement signed by the parties in the most recent round of talks, to address the Venezuelan economic sphere and lift illegal sanctions.