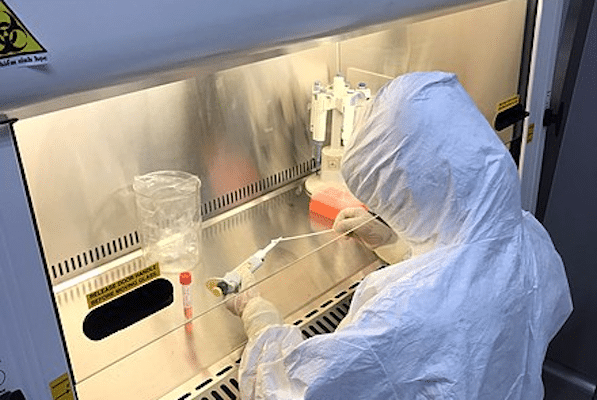 The recent outbreak of the Delta variant in China “shows that its strategy no longer fits. It is time for China to change tack.”

So declared a lead essay atop the New York Times Opinion/Editorial section on September 7 by Yanzhong Huang, a senior fellow at the Council on Foreign Relations.

The Delta outbreak that “changed the game” in Huang’s words emerged after an outbreak at Nanjing international airport in July traced to a flight from Russia. Did this outbreak change anything, in fact?

Let’s do the numbers.

Let’s do something that Huang did not; let’s look at the numbers from July 1 until September 7, the date of the article, a period that brackets the Delta outbreak cited by Huang.

During that period China experienced 273 new cases, about 4 per day, and no new deaths. That hardly seems like a failure.

The same contrast can be seen for the entire period of the pandemic. From the pandemic’s initial Wuhan outbreak in January, 2020, until September 7, 2021:

There have been two previous outbreaks of the Delta variant in China, one in Guangdong and another in Yunnan near the Myanmar border before the one arising in Nanjing. The Delta variant was contained in each case. None of the three has turned out to be a “game changer,” as Huang incorrectly maintains.

Perhaps it is the U.S. that needs “to change tack.”

To anticipate an objection that has largely faded but persists in some quarters, can we believe the case and mortality count China gives us? There are now many first-hand accounts of what life has been like in China these days that make the official tallies quite reasonable. And quantitative evidence supporting China’s data is available in a peer-reviewed study in the prestigious British Medical Journal; it is summarized and discussed here. Carried out by groups at Oxford University and China’s CDC, the study compares excess deaths in Wuhan and also in the rest of China during the period of the lockdown, and it finds that the official counts are remarkably accurate.

China would need a very good reason to abandon its public health measures of massive, rapid testing, tracing and, where necessary, quarantining. Are there any such reasons?  Mr. Huang states that the life-saving measures now “threaten overall economic growth in China”. Does this prognostication fit the facts?

In terms of the economy present and future, China’s policies appear to be doing quite well, better, in fact, than any other major economy. Mr. Huang has advanced a thesis that is unencumbered by the facts.

Why is the media’s failure to report on China’s success a threat to our very lives?

At every step of the way, China’s successes with COVID-19 have been met in the U.S. media with silence, denigration or a prediction that the success cannot continue (FAIR provides a brief survey here). As a result, China’s measures are not widely known or understood.

China’s success with its public health measures is important for us now, because the pandemic is far from over. We don’t know what surprises viral evolution will have in store for us. If a new variant emerges that is resistant to existing vaccines, then we have only public health measures to protect us until we catch up. That is also true for future pandemics which will surely come our way. For us to be kept in ignorance of those measures or to have them dismissed, as Yanzhong Huang does, poses a threat to our very lives.

We might also wonder what would happen if the people of the West, including the U.S., understood clearly that measures were possible which could have protected us from the millions of deaths we have suffered. Governments have toppled from far less. Mr. Huang, the New York Times and the mass media, whatever else they are doing, are certainly protecting our Establishment from a rage that might have most unpleasant consequences.

John V. Walsh can be reached at john.endwar@gmail.com. He writes about issues of war, peace and empire, and about health care, for Antiwar.com, Consortium News, Dissident Voice.org and other outlets. Now living in the East Bay, he was until recently Professor of Physiology and Cellular Neuroscience at a Massachusetts Medical School.
Monthly Review does not necessarily adhere to all of the views conveyed in articles republished at MR Online. Our goal is to share a variety of left perspectives that we think our readers will find interesting or useful. —Eds.