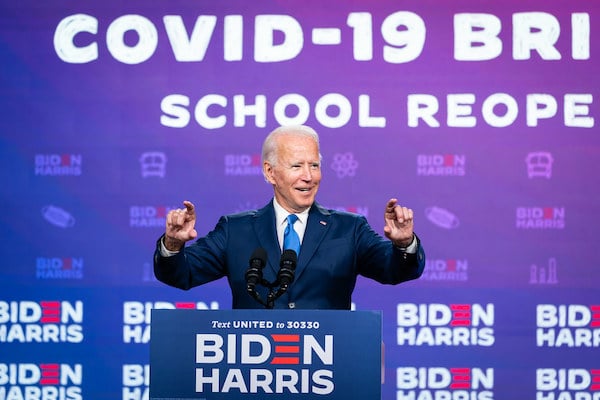 KUALA LUMPUR: U.S. President Biden’s earlier support for a vaccine patent waiver raised hopes for his summit last week. However, it proved disappointing, not only for efforts to end the pandemic, but also for U.S. leadership in these challenging times.

Most rich countries have opposed most developing countries’ request to temporarily suspend World Trade Organization (WTO) intellectual property (IP) rules to more quickly contain the COVID-19 pandemic. Expectations were high as Biden had supported a patent waiver, albeit only for vaccines.

With their IP, suppliers control production, supplies and prices. The industry claims it can meet all pandemic-related needs. But although it has no intention of meeting these needs, it insists the waiver is unnecessary. Hence, unless rich country governments stop opposing it, forthcoming WTO meetings will not achieve much.

COVID-19 vaccine supplies and prices are controlled by a few companies. Although BioNTech developed one of the two approved mRNA vaccines, it is now largely manufactured and marketed by Pfizer outside Europe.

BioNTech’s relationship to Pfizer is complementary, but not one between equals. By contrast, Moderna is a vaccine development start-up, with limited marketing and other capacities, especially outside the USA.

Meanwhile, able to pay more, rich countries have taken most vaccines, far, far more than enough. The duopoly initially sold more than 90% of their vaccines to rich countries, charging up to 24 times actual production costs.

Then, more vaccines started reaching MICs before recent efforts to push booster shots. Meanwhile, only 2.2% in low-income countries (LICs) have received at least one dose. Without drastic improvements, most in LICs will not be fully vaccinated before 2023.

Millions are dying as more dangerous variants emerge, confirming no one is safe until everyone is. Meanwhile, the October 2020 WTO waiver request to temporarily suspend IP rights for COVID-19 tests, treatments, equipment and vaccines has garnered broad support.

Vaccine technology not for sharing

Most global initiatives to make vaccines less unaffordable to MICs, such as COVAX, do not address the massive supply shortfall and high prices. Meanwhile, vaccine suppliers jealously protect their monopolies, claiming nobody else can safely produce them.

MSF estimates such manufacturers can establish the capacity to produce up to 100 million doses annually within ten months for between US$127–270 million. But they would still need access to mRNA vaccine technology and reliable supplies.

But Pfizer and Moderna have both refused to share the needed. Now, instead of transferring technology or increasing vaccine supplies to developing countries, they have only contracted to supply vaccine ingredients to companies in rich countries and China.

State-subsidised super-profits Despite benefiting from taxpayer funds, legally enforced patent monopolies and low taxes, People’s Vaccine Alliance research shows the three have used their mRNA vaccine duopoly to secure super profits. Their vaccines sell for US$41 billion over production costs estimated at US$1.20 per dose.

As a charity has noted, “Instead of partnering … to make sure that we have enough vaccine doses for everyone, these pharmaceutical companies prioritize their own profits by enforcing their monopolies and selling to the highest bidder”.

Moderna and Pfizer pay little in taxes despite making many times more than the pre-pandemic average profit rate of 8% for Fortune 500 companies in 2019. In the first half of 2021, Moderna–which had never made a profit before–paid a 7% U.S. tax rate while Pfizer paid 15%, still well under the U.S. statutory rate of 21%.

With COVID-19 now endemic, they continue to limit access to their vaccine technology to ensure scarcity and set prices to maximise profits. Hence, despite not having developed its own vaccine, Pfizer is now dominant.

What Biden must now do

Meanwhile, Biden has been under growing pressure to do much more. Probably more than anyone else, economist Dean Baker has long shown how the U.S. can lead international cooperation to fight the COVID-19 pandemic, making the case for an inclusive international vaccine summit half a year ago.

Baker has argued how existing patent arrangements are not only inequitable, but also inefficient and wasteful. He has shown patent advocates as not only self-interested, but also dishonest. Instead, direct public funding would better incentivise new drug development.

U.S. law–specifically Section 1498 of its commercial code–allows the government to require patent licensing in emergencies. Moderna, Pfizer and their scientific personnel can thus be induced to help rapidly scale up production internationally to vaccinate the world.

Also, the waiver proposal must be swiftly approved by the WTO to quickly enable more affordable access to tests, treatments, equipment and other materials urgently needed to better fight the pandemic until it can be ended altogether.

At his summit, Biden vowed to expand vaccine output in Africa and Asia. He can still do the right thing. This could well open a new era of multilateral cooperation instead of the dog-eat-dog new Cold War we are lurching towards. Perhaps there is still hope.