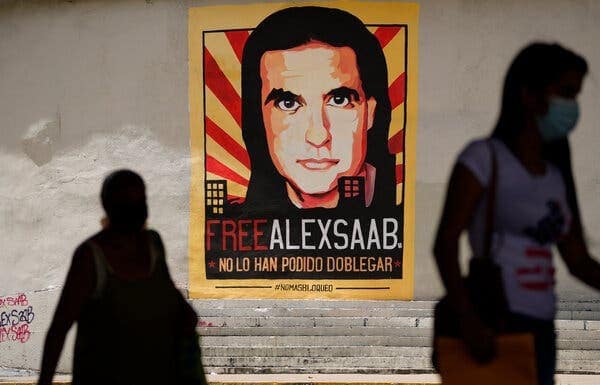 Venezuelan government envoy Alex Saab has been extradited to the United States from Cape Verde, where he had been imprisoned since 2020.

The extradition was first reported by local Cape Verde outlets and later confirmed by U.S. officials. The contractor will face trial in Florida where he was charged with money laundering.

The Nicolás Maduro government immediately reacted, denouncing the “kidnapping” of Saab by the U.S. government. An official statement blasted the move for violating the Vienna convention. On Saturday evening, National Assembly President Jorge Rodríguez announced that the government delegation was suspending its participation in the ongoing talks with the opposition in Mexico.

The Colombian-born businessman was detained on an Interpol warrant in June 2020 during a stopover in the African archipelago. According to Caracas, he was en route to Iran to negotiate food and fuel imports on behalf of the Venezuelan government and carried a diplomatic passport.

On September 8, Cape Verde’s Constitutional Court ruled that Saab should be extradited to the U.S. after dismissing the defense’s motion that lower instances and the Supreme Court had erred in allowing unconstitutional practices in the proceedings.

Saab’s lawyers have denounced “political” pressure and several irregularities in the case.