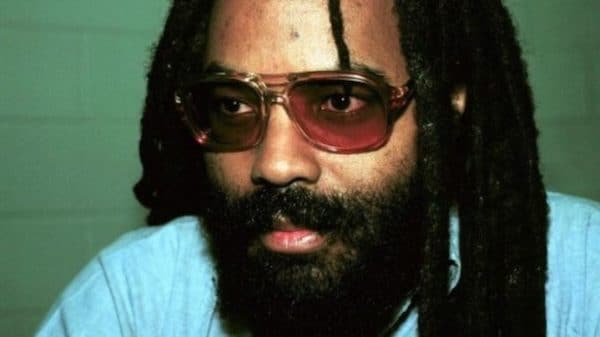 Mumia Abu-Jamal has spent nearly 40 years unjustly imprisoned after he was framed and convicted of killing a white police officer in Philadelphia. He’s spent the majority of those years on death row. As a former member of the Philadelphia Chapter of the Black Panther Party (BPP, Mumia learned the art of militant or revolutionary journalism at a young age.

After the Panthers Mumia continued his work as a militant journalist reporting on Philadelphia’s peoples’ movements and the state’s deadly repression against them. In a 1993 interview, Mumia explains his views on journalism and how it can be mobilized as a powerful political tool as part of the process of building a mass movement. In his explanation Mumia reveals important, practical insights about militant journalism, which he sees as

…a tool to change people’s consciousness, a tool to give people insight, and in another way a kind of affirmation that their lives have value and purpose. When one reads the daily press or listens to what is broadcast on the regular “white” radio stations and TV stations, you will perceive a picture, a slanted picture of Black life that reflects it in the most improper terms. When media journalism and propaganda is used to reflect a positive side of people, the side of people resisting oppression, the side of people’s inherent worth, no matter what their property or economic value is, then that in itself is revolutionary, because this system tends to denigrate people who are poor—when most people on the planet are poor. And they have inherent worth as human beings…This is the kind of consciousness that drove me toward journalism. Other than the fact, of course, that through the Party I was trained in that field and was able to write from a revolutionary perspective.1

Mumia would not just be marked by the state for neutralization, as he noted in the 1993 interview, but would also earn a Peabody Award in radio journalism. So significant was his local coverage that it was only after his arrest and removal from the streets of Philadelphia that the city felt confident to mobilize its deadly force on May 13th 1985, dropping a fire bomb on the MOVE community organization, murdering 11 men, women, and children, and destroying an entire neighborhood.

After his unjust incarceration, which was part of the state’s larger counterrevolution against progressive movements in the U.S. and abroad, Mumia continued his work as a militant journalist live from death row. As a result, the state would continue to punish him for writing, although they couldn’t prevent him from becoming a beacon of light for the greatly diminished progressive movement at the dawn of the neoliberal era and the new war on Black America.

The significance of Mumia’s voice in the 1990s is reflected in the fact that the call to “free Mumia” became a rallying cry of that decade. World-renowned musicians from KRS-ONE to Rage Against the Machine played benefit concerts and write popular songs demanding, “Free Mumia!”

Through his body of work, Mumia has played a significant role in keeping alive a movement and its legacy the bourgeois state had desperately attempted to obliterate through murder, incarceration, slander, and generalized repression. Undeterred, Mumia has continued to speak to the youth about movement leaders whose stories hold important lessons for the ongoing struggle for liberation.

For example, Mumia helped keep the memory of Black Panther Party Founder Huey P. Newton alive. But as a militant journalist, we learn about Huey not as a simple act of praise or nostalgia, but for the inspiration and lessons his story offers today’s generation of organizers. In “Memories of Huey,” Mumia describes Newton as, “a remarkable man, both at his apex, as Founder and Minister of Defense of the Black Panther Party, and at his nadir, as an alienated drug addict, caught in the crippling clutches of crack.2

While calling on a new generation to rebuild the revolutionary movement, Mumia invokes the memory of Newton (and others), explaining how even “a youth of rare brilliance, who molded mass militance into a national Black political movement that lit an age into radical incandescence” was not immune to the states’ counterrevolutionary forces.3

Explaining the demise of the people’s movements, Mumia recalls that “it came out, in large part, through a campaign of U.S. government terror that included bloody police raids on Black Panther Party offices across the country, and urban spycraft” including all manner of disinformation and the use of agent provocateurs and FBI infiltrators who exploited organizational vulnerabilities, attacking them from within.

It is through reflecting on the lessons of the past that Mumia offers an assessment of the bourgeois state and the ongoing need for its overthrow.

From his accounts as a young teen being beaten and kicked by Philadelphia police officers “straight into the Black Panther Party” to his tireless exposure of racist police murders, Mumia offers organizers a vivid window into the ongoing need for revolution.4 For example, in his first book, Mumia famously describes death row in Pennsylvania, and throughout the U.S. more generally, as “a bright shiny hell”.5 A hell “erected and maintained by human governments, and blessed by black-robed judges”.6

Speaking to a left struggling to find itself, Mumia’s calls for revolution have been as creative as they have been unyielding. For example, in one instance Mumia asks his audience a question that answers itself, and in the process, points affirmatively toward revolution “in this time, in this hour, how many of us are not on death row?”

Despite the state’s most recent attempts to murder him through medical neglect, Mumia once again offers the movement a critically-important orientation in his assessment of Black lives in America. Pointing the movement beyond the trickery of so-called police reform Mumia offers organizers much evidence and analysis that can be mobilized to recruit and build the movement.7

The very title Have Black Lives Ever Mattered? is another question that, tragically, answers itself. The insight that “evidence of traumas sustained from simply existing as a Black person in the United States of America” is fleshed out in painful relief throughout 200 pages.8

The invaluable perspective Abu-Jamal offers “reflect[s] the people’s struggles in the invisible sectors of American society… largely populated by Blacks, Latinos, immigrants, the incarcerated, and those with little income”.9 A seemingly subtle but significant aspect of Mumia’s formulation here is the use of the phrase “those with little income,” rather than the poor. It is significant within the context of the ideology of white-supremacist capitalism that explains poverty as the result of either individual choices or the inevitable consequence of a natural uneven distribution of intelligence. Mumia’s formulation of those with little income points away from the individual toward systemic and structural factors open for radical transformation.

Always with an eye toward revolutionary change Mumia stresses that the book is not merely an account of repression, but is equally a testimony to the unyielding rebellion and resistance that oppression generates. Like all of Mumia Abu-Jamal’s work, it is a call to action for solidarity and revolutionary change.

Such change exceeds the limits of electoral politics, as Mumia explains that even with “[B]lack faces in high places” it’s really “big business is going to run them like a puppet-master.” What is needed, Mumia concludes, is a “political gathering and grouping…able to galvanize the power of the masses of the people”.10 In other words, “unless and until a popular force is built and wielded that coheres something from here and something there, a popular force that develops a counter-force to the ‘mainstream’ for real, then there will be no change”.11

Have Black Lives Ever Mattered? represents a powerful tool organizers can wield in the critical work of building a mass movement and counter-force. It is our hope that this study guide can facilitate this essential process.

So central is this focus on organization for defeating and seizing state power that Mumia ends the volume with an essay that begins with the question, “what makes a movement a Movement? That is, “what forces come together to make it cohere, to build it into something that can stand in the world…and run its course?” Stressing the indispensability of historical continuity in learning from past Movements to better build the movement of today Mumia gives special attention to the “state” that “has worked hard to counter the influence and memory of movements”.12 Have Black Lives Ever Mattered? is a critical intervention today’s progressive organizers would be wise to not overlook.