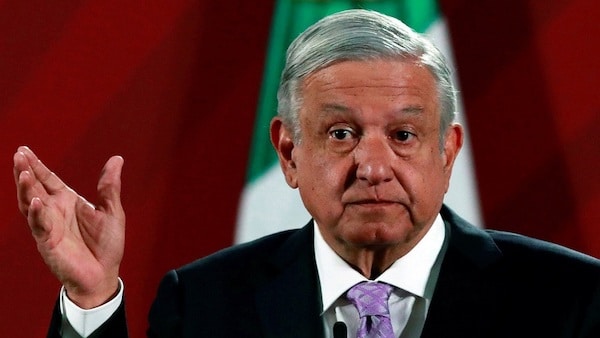 An overwhelming majority (64%) of Mexicans support the government’s proposed energy reforms. That’s according to a new poll conducted by Gabinete de Comunicación Estratégica. The reforms are currently awaiting a definitive vote in Congress. If approved, they will have a major impact not only on the way energy is produced, delivered and consumed in Mexico but also on Mexico’s relations with other countries, in particular its biggest trading partner, the U.S. It could also have reverberations across Latin America as governments increasingly seek to take back control of their countries’ natural resources.

The reforms seek to roll back the privatisation and market liberalisation policies of previous administrations. They will make the future production of lithium, a core component of batteries, the exclusive domain of the government. They will also require that the national grid obtains at least 54% of its energy from public sources and then, as needed, from private ones.

For obvious reasons, the reforms are not quite so popular among the domestic and international energy companies, banks and investment funds that have poured money into Mexico’s energy market over the past couple of decades. The potential losers include the world’s biggest fund manager, BlackRock, Spanish energy giant Iberdrola and the world’s biggest baker, Bimbo.

As the big vote beckons, pressure is growing on President Andres Manuel Lopez Obrador’s government to reverse course. On Thursday, (Oct. 28) the U.S. Department of Energy warned that the reforms will fuel a sharp rise in energy prices. Before that, the International Monetary Fund (IMF) had called on López Obrador (AMLO for short) to stall some of the reforms, in particular the construction of the Dos Bocas refinery, one of AMLO’s flagship infrastructure projects, in his home state of Tabasco. AMLO’s response, earlier this week, was emphatic:

I do not agree with [the Fund] on its policies. I do not believe in its policies. It has caused economic and social decadence in the world. Those at the IMF and other international financial organisations are responsible for the global crisis(…) We respect them but they don’t have the same influence as they used to.

AMLO reserved even more opprobrium for the governments that unquestioningly embraced and enacted the Fund’s policy prescriptions:

The responsibility ultimately lies with the neoliberal governments that went along with these policies… [The IMF] sent their recommendations, their prescriptions. And the governments followed them to the letter.

There’s a lot of truth in what AMLO says. For decades IMF policies have been extremely damaging to economies around the world, particularly in emerging markets, while being extremely beneficial for large owners of footloose capital. Its dogged insistence that crisis-hit countries double down on austerity has exacerbated poverty and inequality the world over. By steadfastly advocating for the free movement of capital as well as a smaller role for the State, accomplished through privatisation and limiting the ability of governments to run fiscal deficits, the Fund has not only exacerbated boom-bust cycles; it has hampered governments’ ability to respond to them.

This is something even the IMF conceded in its 2016 report “Neoliberalism: Oversold?”, as I reported at the time of its publication:

If a country opens its economy too widely, too quickly–as the Fund has been advocating for decades–it can expose itself to some very serious risks. As the report points out, while “neoliberals” often tout the magic growth-fueling properties of unrestrained, footloose global capital, in reality the impact of many flows–especially hot, or speculative, debt inflows–seem “neither to boost growth nor allow the country to better share risks with its trading partners.”

More to the point, the potential threat they pose in terms of increased economic volatility and crisis frequency is huge:

“Increased capital account openness consistently figures as a risk factor in [boom-bust] cycles. In addition to raising the odds of a crash, financial openness has distributional effects, appreciably raising inequality… Moreover, the effects of openness on inequality are much higher when a crash ensues.”

This is precisely what happened to Mexico the last time it suffered a major crash, in 1994, when a sudden reversal of hot capital flows triggered the Tequila Crisis. Over just a few months, the free-floating peso lost almost 50% of its value against the dollar, wiping out the savings of much of the country’s middle class and raising fears that collapsing asset values would push Mexican banks over the edge.

The Crisis threatened to engulf not only most of Mexico’s banks but also a number of Wall Street titans, including Citi and Goldman Sachs. Thanks to the hurried intervention of the U.S. Treasury Department (led by former Goldman co-Chairman Robert Rubin), the IMF, and the Bank of International Settlements, Wall Street’s finest were saved, Mexico’s banks and other assets were bailed out and sold off at bargain basement prices, largely to international investors and other companies, while the Mexican people were lumbered with untold billions of dollars of compounding debt they still service to this very day.

The IMF may have owned up to some of its errors, if indeed they can be described as errors, but it doesn’t seem to have changed them. In 2019, the fund signed a loan agreement with Ecuador, coincidentally just after the Moreno government had agreed to eject Julian Assange from its London embassy, straight into the outstretched arms of the Metropolitan Police. As reported at the time by Open Democracy, in an article featured on NC, the bill contained a number of provisions that aimed “to weaken and essentially render Ecuador’s capital controls ineffective.” The provisions allowed local elites to yank their money out of the country cost-free, just as happened in Mexico before the Tequila Crisis; they made tax avoidance and speculation easier; and they included regressive taxation measures that placed the lion’s share of the fiscal pain on Ecuador’s most vulnerable. In other words, same old, same old.

Now, AMLO is lambasting the IMF for recommending policies that he says are not remotely in the interest of the Mexican people. In its latest report on Mexico’s economy, the Fund recommended that Petróleos Mexicanos (Pemex) postpone its construction of the giant Dos Bocas oil refinery in AMLO’s home state of Tabasco, in order to relieve some of the fiscal pressures the government is facing.

“Pemex’s losses are placing a burden on taxpayers and crowding out other more productive uses of fiscal resources,” say IMF economists.

Yet Mexico stands out among its emerging market peers for running a tight fiscal ship during the pandemic. The government’s budget deficit last year was -4.8%, compared to 13.4% for Brazil and 7.1% for Chile. This year it should be around -0.6%, according to the IMF. Even the IMF itself admits that Mexico’s fiscal position is stronger than many of its emerging market peers, largely due to AMLO’s fiscal policy:

The support in response to COVID-19 was notably less than that of emerging market (EM) and regional peers. The authorities have increased resources for health, social (non-contributory) pensions for the elderly, Pemex, and public investment projects, but have restrained spending in other areas. They have sought to tackle tax evasion, which is welcome. Despite the historic downturn last year, these efforts have boosted revenues and the authorities plan to deepen them going forward.

In other words, Mexico’s government has more than enough fiscal leeway to complete the Dos Bocas oil refinery. It also has a legitimate motive: energy independence.

Mexico has not built a new oil refinery in the past 40 years. After decades of under-investment many of those that are still standing are in a dilapidated state. By 2017, a year before AMLO became president, they were operating at 51% of capacity, leaving Mexico little choice but to ship its oil to the U.S. and buy it back as gasoline, turning it into the world’s second-largest gasoline importer. Together with Brazil, Mexico accounts for seven out of 10 barrels of U.S. gasoline exports. AMLO wants to change that.

But doing so is fraught with risk. Many overseas companies could launch investor-state disputes against Mexico for expropriating future profits, using one of the myriad trade agreements Mexico has signed with other jurisdictions, including the USMCA, the Comprehensive and Progressive Agreement for Trans-Pacific Partnership (CPTPP) and the recent trade agreement it completed with the EU. There is also a risk, however small, of capital flight, should investors feel that their money is no longer safe in the country. It could also further complicate Mexico’s unevenly balanced relationship with its biggest trading partner, the US, which buys more than 80% of Mexico’s exports.

Pemex itself is not exactly in rude financial health. The company has been chronically weakened by a whole host of factors, including severe budget cuts, shrinking oil reserves, chronic mismanagement, lack of vision, lack of investment, negligence, the huge tax burdens the government imposed on the company in the years preceding Mexico’s oil reforms, rampant pipeline theft (though that appears to have declined since 2020) and simple, plain white-collar corruption. It owes more debt than any energy company in the world, and that debt is just one downgrade away from junk status.

The construction of the Dos Bocas refinery in Tabasco is also running well over budget and was recently brought to a standstill by a strike over working conditions and better pay.

But AMLO is sticking to his guns. At his Monday morning press conference he said:

[The IMF says]: Mexico’s economy is going well, it’s going to grow 6.2% [this year]. But we recommend that you don’t build the refinery at Dos Bocas. Better to keep buying gasoline from overseas. It’s more profitable.

This is not the first time the IMF has weighed in on Dos Bocas. In 2020 the Fund urged the government to cancel the construction altogether, which prompted Mexico’s energy secretary Roció Nahle to respond: “For 40 years Mexico was advised to cease investments in infrastructure to and petroleum products. Over the long term this left us dependent on foreign sources and with an enormous gasoline deficit.”

Mexico no longer follows the policies issued by the IMF.

But it still has a $63 billion Flexible Credit Line (FCL) with the Fund, though the government is considering reducing the amount by 20%. Meant merely as a “precautionary measure,” the FCL has no strings (i.e. no structural adjustment conditionalities) attached–apart from a $170 million annual fee–and is reserved for countries that have a consistent record of applying “solid  economic policies”. That’s by IMF standards, of course. For decades the Mexican government has met those standards with aplomb, often to its own detriment. But that appears to be changing.