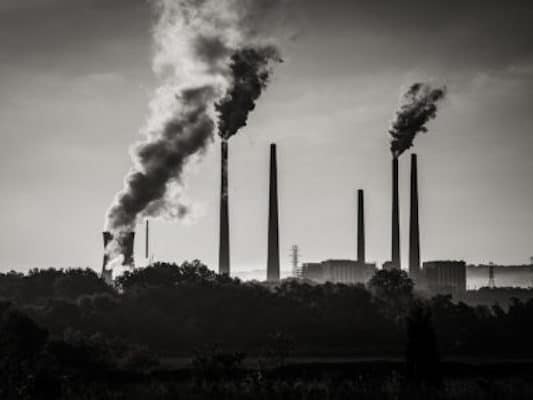 SYDNEY and KUALA LUMPUR: Addressing global warming requires cutting carbon emissions by almost half by 2030! For the Intergovernmental Panel on Climate Change, emissions must fall by 45% below 2010 levels by 2030 to limit warming to 1.5°C, instead of the 2.7°C now expected.

Emissions from burning coal and gas are already greater now than in 2019. Global oil use is expected to rise as transport recovers from pandemic restrictions. In short, carbon emissions are far from trending towards net-zero by 2050.

At the annual climate meetings in Glasgow, carbon pricing is being touted as the main means to cut CO2 and other greenhouse gas (GHG) emissions. The European Union President urged, “Put a price on carbon”, while Canadian Prime Minister Justin Trudeau advocates a global minimum carbon tax.

Businesses are also rallying behind one-size-fits-all CO2 pricing, claiming it is “effective and fair”. But there is little discussion of how revenues thus raised should be distributed among countries, let alone to support poorer countries’ adaptation and mitigation efforts.

But there is little effort at or evidence of compensation to those adversely affected. Therefore, poorer countries are understandably sceptical, especially as rich countries have failed to fulfil their promise of US$100bn yearly climate finance support.

The CO2 price market solution is said to be “the most powerful tool” in the climate policy arsenal. It claims to deter and thus reduce GHG emissions, while incentivizing investment shifts from fossil-fuel burning to cleaner energy generating technologies.

Carbon pricing’s actual impact has, in fact, been marginal–only reducing emissions by under 2% yearly. Such impacts remain small as ‘emitters hardly pay’. Most remain undeterred, still relying on energy from fossil fuel combustion. Also, many easily pass on the carbon tax burden to others whose spending is not price sensitive enough.

Powerful fossil-fuel corporate interests have made sure that carbon prices are not high enough to force users to switch energy sources. Thus, existing CO2 pricing policies are “modest and less ambitious” than they could and should be. Meanwhile, several factors have undermined carbon taxation’s ability to speed up ‘decarbonization’.

First, carbon taxes have never actually provided much climate finance. Second, CO2 taxes misrepresent climate change as due to ‘market failure’, not as a fundamental systemic problem. Third, it seeks efficiency, not efficacy! Thus, it does not treat global warming as an urgent threat.

Fourth, market signals from carbon taxation seek to ‘optimize’ the status quo, rather than to transform systems responsible for global warming. Fifth, it offers a deceptively simplistic ‘universal’ solution, rather than a policy approach sensitive to circumstances. Sixth, it ignores political realities, especially differences in key stakeholders’ power and influence.

Even if introduced gradually, the flat carbon tax will burden poorer countries more. Worse, carbon pricing is regressive, hurting the poor more. Thus, the burden of CO2 taxes is heavier on average consumers in poor countries than on poor consumers in ‘average’ countries.

Also, a standard carbon tax burdens low-income groups more, by raising not only energy costs directly, but also those of all goods and services requiring energy use. With this seemingly fair, one-size-fits-all tax, low income households and countries pay much more relatively.

Analytically, such distributional effects can be avoided by differentiated pricing, e.g., by increasing prices to reflect the amount of energy used. Also, compensatory mechanisms–such as subsidies or cash transfers to low-income groups–can help.

But these are administratively difficult, particularly for poor countries, with limited taxation and social assistance systems. Furthermore, effectively targeting vulnerable populations is hugely problematic in practice.

But most developing countries lack the fiscal capacity for such large public investment programmes. Large increases in compensatory financing, official development assistance and concessional lending are urgently needed, but have not been forthcoming despite much talk.

Climate finance initiatives generally need to improve incentives for mitigation, while funding much more climate adaptation in developing countries. Potentially, a CO2 tax could yield significantly more resources to cover such international funding requirements, but this requires appropriate redistributive measures which have never been seriously negotiated.

The scheme could be pragmatically designed to be more equitable, and for all types of GHGs, not just CO2 emissions. But even a global carbon price of US$75/ton would only cut enough emissions to keep global warming below 2°C–not the needed 1.5°C, the Paris Agreement goal!