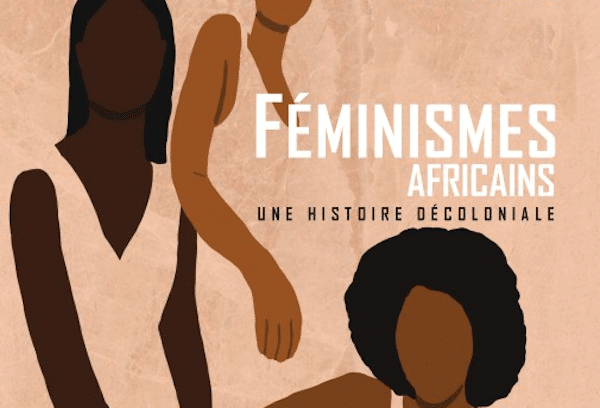 In her new book ‘African Feminisms – a decolonial history‘, the Senegalese scholar-activist Rama Salla Dieng interviews feminist activists about their work, struggles and lives. Interviewed by Coumba Kane, Dieng speaks about what it means to be a feminist in Africa today.

Coumba Kane: Your essay sketches a mosaic of feminisms across Africa and its diasporas. What do they have in common? 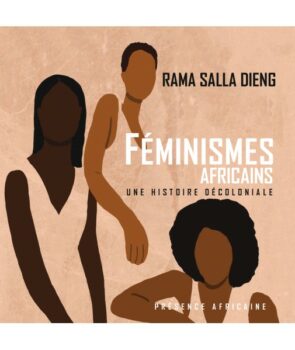 Rama Salla Dieng: The fight against patriarchy is obviously at the heart of their struggles, but many interviewees also attack state powers accused of perpetuating political violence inherited from colonialism. This struggle is embodied, for example, in the figure of Stella Nyanzi, a Ugandan anthropologist and feminist, imprisoned for several months in 2017 for having published a poem lambasting President Museveni in power for thirty-five years.

My interviewees not only seek to stand up against those in power, but rather to find forms of creativity to embody their struggles and realize their feminist aspirations. They are no longer trying to convince us of their humanity. Hence the importance they attach to art, solidarity, revolutionary love and the right to pleasure.

I have also been particularly struck by the emphasis on mental health. It is a central notion for these activists. Unlike the former generation, they politicize the question of ‘rest’, like the Egyptian Yara Sallam.

CK: We should also be aware of the divisions that exist within African feminist movements. Where are they located, for example?

RSD: First of all, we must note the strong pan-African dimension of feminist organizations on the continent. In 2006, a hundred activists gathered in Accra, Ghana, drew up a Charter of Feminist Principles for African Feminists  with the aim of converging their struggle against patriarchy. There are also transnational alliances that bring together different organizations, such as the African Women’s Development and Communication Network (FEMNET) and the African Women’s Development Fund (AWDF) based in Ghana.

But it is clear that today various feminist currents are not at the same point and, sometimes, controversies erupt between them. A few years ago, a Kenyan feminist in an online post taunted activists in Francophone Africa on the grounds that they would limit their fights only to the domestic sphere and to male-female relations. This had sparked a lively controversy.

In Senegal, for example, traditional feminist movements are fighting for the revision of the Family Code [which regulates marriage, divorce, succession, and custody rights] and the recognition of equal rights between men and women, in accordance with the Constitution. Their fight is also focuses on the application of parity and the rights over their own bodies, including abortion.

On the other hand, in Ghana, Kenya and South Africa, feminists interviewed make sexuality and the right to pleasure a key issue today. This work that has been undertaken by the Ghanaian Nana Darkoa, author of The Sex Lives of African Women  and the South African queer activist Tiffany Kagure Mugo who published in 2020 a guide to good sex, The Quirky Quick Guide to Having Great Sex.

CK: You evoke a current of African feminism which essentializes the woman as mother. How did this emerge?

RSD: In 1995, when the Nigerian Catherine Acholonu theorized “motherhood ” it was about bringing out an “Afrocentric alternative ” to Western feminism. In this work, marriage appears as an ideal of conjugality. Catherine Acholonu moreover proclaimed herself openly homophobic.

These women do not campaign for gender equality, but for the “complementarity” between men and women in society. This reactionary feminism promotes the idea that parenthood is solely the business of women. It reinforces the mental burden that weighs on mothers in the home and in society. It is still a dominant idea on the continent. My own work on feminist parenting in Africa, conducted with André O’Reilly, demonstrates the urgency of repoliticizing this central issue in order to transform African societies and establish social justice.

CK: Some countries are faced with the resurgence of religious fundamentalisms, Muslim or Christian, and the shrinking of civic spaces. At the same time, a new generation of feminists is emerging, often speaking up on social media. What is their room for manoeuvre in this conservative context?

RSD: It is narrow, but it exists thanks to social networks which constitute pockets of resistance. For example, in Senegal, feminists are at the forefront of the fight against Jamra, a powerful religious NGO that regularly attacks women’s clothing or television series deemed immoral.

In this ultra-patriarchal context, these activists managed to get around one of the most significant concepts of Senegalese society, the maslah, “respectability”. In their online campaigns, they use strong terms to say what cannot be said in the face. It is a way of discrediting a fundamentalist discourse, Christian or Muslim, which regularly goes on the offensive against the rights of women and sexual minorities.

CK: Nevertheless, can this online activism concretely impact society? Isn’t it disconnected from the realities on the ground, particularly because of the profile of these urban activists, as highly educated and well connected?

RSD: Indeed, the older generation of feminists often reproaches the younger ones for falling into “clicktivism”. However, both forms of activism–on the ground and online–are effective.

In 2020, in Nigeria, feminists played a major role in the #EndSars movement against police violence, by mobilizing internet users to protest. Likewise in Senegal, earlier this year, feminists played a crucial role by disseminating the hashtag #FreeSenegal during the mobilization against the regime. Some of them occupy a central place in raising awareness of feminist issues via social networks, like the feminist association AWA.

Moreover, being active online does not necessary protect an activist against violence. Like the previous generation, these feminists pay the price for their commitment and suffer insults and harassment.

CK: These feminist movements also campaign for the appointment of women to political office. In Senegal, parity has been imposed on the National Assembly since 2010. The massive presence of women in politics has, however, not made it possible to impose a feminist agenda. How do you explain it?

RSD: This is one of the Senegalese paradoxes studied by academics Aminata Diaw and Fatou Sow. These researchers found that when women join political parties, they are relegated to the background, tasked with mobilizing the female electorate and organizing political action for the benefit of men. This gendered work coupled with the feeling of illegitimacy and lack of financial means undoubtedly hampers women.

CK: Among the few known African female figures, we often cite heroines or queens like Aline Sitoe Diatta, heroine of the Senegalese resistance to colonization, or Queen Nzinga in Angola, as if to prove that Africa has also produced powerful women.

RSD: Absolutely. But there is an urgent need to write an African feminist historiography which is interested in the “silences” of history and not only in the history of the powerful men and women. The history of resistance and African advances is also that of ordinary women. It is this feminism from below that must be revealed and told. Just as it is urgent to decompartmentalize knowledge and learn from the practices and thoughts of feminists who are active today.

Africa has also had its feminisms and it does not owe them to the West. It is this work of recognition that academics outside the continent are undertaking, to bring out of the shadows pioneers like Suzanne Césaire, Paulette Nardal or Andrée Blouin who have long been unrecognized despite their essential contribution to decolonial struggles.

CK: You quote Françoise Moudouthe, a Cameroonian activist, who believes “that Afrofeminism carried out by black women outside the continent does not make enough efforts to connect with the African feminist movement”. How do you explain this?

RSD: Divisions in feminist movements are a constant. Some in Africa question the use of the term “afro” by those of the diaspora, as if, due to their geographic remoteness, they cannot claim a link with the continent.

In this sense, Afro-feminism can appear to be disconnected from African realities. However, it should be noted that the Afro-feminists, although delimiting their space of struggle to the Global North where they live, very often remain in solidarity with the struggles carried out by their African sisters. In the end, each feminist speaks from where she lives, finds her voice and develops her own struggles.

Rama Salla Dieng, is a Senegalese writer, academic and activist. She is currently a Lecturer in African and International Development at the Centre of African Studies, University of Edinburgh. Rama is also a feminist activist who has collaborated with several feminist organisations on agrarian change, gender and development, and social reproduction. She is editor of the anthology on Re-thinking Feminist Parenting: Perspectives from Africa and Beyond (Onterio: Demeter Press, 2020.