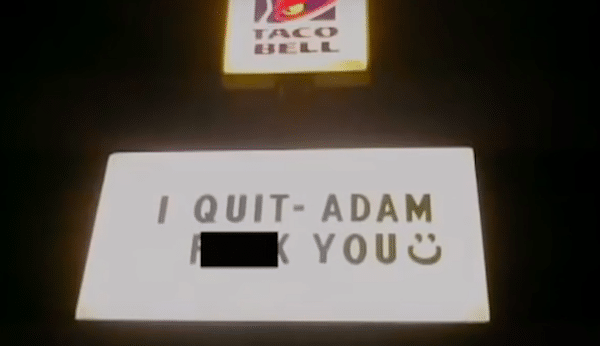 The “Great Resignation” refers to the millions of people who have quit their job over the past 20 months, “more than 4.4 million alone in September” which is about the same as the previous month. These are record numbers. For example, “10 years ago, in September 2011, 1.5m people quit their jobs”. Currently, “The U.S. has 10.4 million job openings, surpassing pre-pandemic levels. In November 2019, there were 6.8 million job openings”.

Burnout, years of poor working conditions, poor pay, poor benefits, poor treatment, fear of covid, pandemic stress, lack of daycare options, lack of job mobility, and autocratic employers are just some of the many reasons millions in the U.S. and elsewhere have left work in a short period of time. What makes the “Great Resignation” even more significant is the fact that during this short period, poverty, debt, hunger, homelessness, and inequality increased significantly at home and abroad. In other words, millions are quitting despite worsening social and economic conditions. Naturally, this large departure of many workers from work has disrupted thousands of businesses, causing many to operate more erratically and unreliably than before the start of the “COVID Pandemic.”

It is not a stretch to say that many workers have felt victimized for years at their job. Neoliberal austerity has been in full swing and wreaking havoc for more than 40 years at home and abroad. Living and working standards have been falling steadily while insecurity and instability have been growing. Even if there are some positive aspects to one’s work, there are usually many negative and intolerable features as well, and these often outweigh the positive aspects of work. For one thing, spending endless hours behind a screen every day is generally not considered the path to better health. The fact is many people dread going to work every day. Working conditions are so unsatisfactory that even with the end of special pandemic-related emergency programs in September in most places, millions of workers are still choosing not to return to work. Sign-on bonuses, higher wages, flexible work schedules, and other “incentives” have yet to make a big dent in things.

In this sense, there is no worker shortage, per se. There are plenty of people willing and able to work, but people need decent pay, benefits, and conditions. They also need a real say in things and real control over their working conditions; good pay and benefits are not enough. Most workers do not want to go to a job where the life is slowly sucked out of them every day and where they frequently have to do counterproductive things just because their superiors make them. Reflecting the sentiment of so many others, one worker in his early fifties put it this way: “I don’t really want to work anymore. I don’t want to have any meetings, no deadlines, no goals, no quarter, no seminar. I don’t want none of that stuff no more”. People are fed-up with the endless grind, stress, and hustle that seems to lead to nowhere.

Far too many, however, have no choice but to stay in jobs that are not gratifying and rewarding; they have to put up with all kinds of humiliation every day for inadequate pay, benefits, and control; they would love to quit their jobs and would if they could. It is not unusual to hear more people say things like “I wish I could retire.”

The severe all-sided wrecking and destruction wrought by the rich and their cartel political parties over the past 20 months has clearly changed the equation in many ways; there is a new and rapidly-evolving theater where many things are up for grabs, making it both a dangerous and exciting time to be alive.

The proper use of the abilities and talents of humans in any society, and the balanced healthy extended reproduction of society, cannot take place so long as the political and economic elite dominate all affairs in society and act irresponsibly. They are a huge block to alternative human-centered arrangements that empower people to decide how an economy and society should be run. The labor and production carnage that has unfolded over the past 20 months is spectacular and unprecedented, truly global in scale. Millions of livelihoods have been destroyed in a very short period of time. Working people find themselves in a new situation where they will have to develop new creative ways to deprive the rich of their ability to deprive every one of their rights.