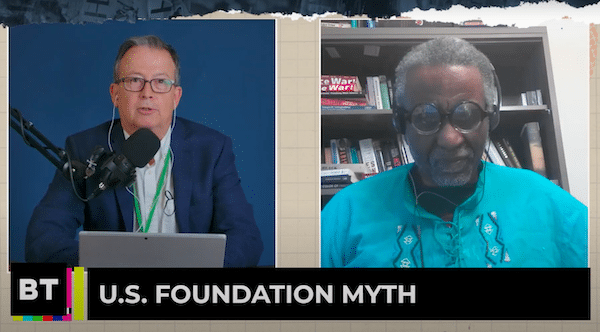 Karl Marx wrote in Capital that capitalism came into the world “dripping from head to foot, from every pore, with blood and dirt.” The Thanksgiving holiday is built around an insidious and false creation myth–that the so-called “settling” of North America was a peaceful and amicable process. But in reality, the genocidal expansion of colonialism across the continent led to unspeakable suffering and death for Indigenous peoples. What is the real story of the birth of U.S. capitalism?

Dr. Gerald Horne holds the Moores Professorship of History and African American Studies at the University of Houston and the author of many books, including “The Dawning of the Apocalypse: The Roots of Slavery, White Supremacy, Settler Colonialism, and Capitalism in the Long Sixteenth Century”.