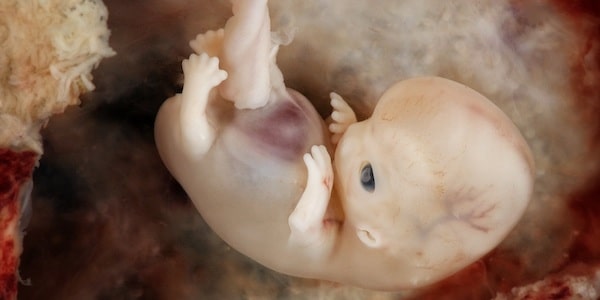 In late 2018, when He Jiankui announced that he had created the world’s first genetically modified (GM) babies, part of the worldwide outrage was motivated by the hope that we would not have to deal with this issue for at least ten years. Since then, eugenics has reared its ugly head in the experience of minority ethnic and disabled people during the pandemic, and with the revelations that women were being sterilised without their knowledge in one of Donald Trump’s ICE detention centres in Georgia. In Britain, we had the prime minister’s then chief adviser, Dominic Cummings, trying to appoint outspoken eugenicists to advisory roles in number 10 and to head up his pet Advanced Research and Invention Agency.

Eugenics is here and now; in fact, it never went away. That is why nearly all industrialised countries put in place legal bans on the genetic engineering of human beings in the 1990s or earlier. But despite that, scientific establishment bodies, which cannot countenance the idea of banning any type of research or technological application, have been quietly moving forward with plans for clinical trials ever since He Jiankui’s announcement. They are meeting in London in March 2022 to push these plans. Stop Designer Babies will be there to oppose them.

Readers of Red Pepper will probably not need explanations as to why a genetically stratified society, created through consumerism and free market forces, with the rich being able to give their children extra advantages over ordinary children, should be resisted. We should not let social oppressions like racism, disability oppression, sexism, etc determine which types of children get born, through parents’ reproductive choices. Neoliberal eugenics can and already does exist without the state forcing anybody to do anything. Red Pepper readers will also understand why turning children into just another designed and optimised consumer commodity fundamentally undermines human rights.

However, the left’s basic humanitarianism and belief in progress through technology means it is sometimes insufficiently critical about scientists’ misleading claims that genetic engineering is necessary to prevent genetic diseases. Of course, such claims ignore disabled people’s arguments that disability is primarily caused not by their impairments, but by social oppression, including lack of accessibility and support.

This is a very complex and difficult issue, and of course, women must have the basic right to choose. But they have little free choice in a society which does not provide adequate support for parents of disabled children. That is an ongoing struggle, and for the present, we must allow women, (who may for example already have a child with a genetic impairment), to make their choices.

But there already exist a range of options, including adoption, gamete donation, prenatal and pre-implantation genetic testing to allow families to avoid genetic disease. Genetic engineering is simply unnecessary and has big safety concerns. The exceptions to that, the cases where only genetic engineering can do the job (were it ever to be proved safe, which will be extremely difficult) are vanishingly rare. For the sake of a handful of people, who may not be able to have children that are 100% genetically related to them, are we prepared to cross the line into a world in which human evolution is steered by the forces of oppression and capitalism?

The truth is that the real market for genetically modified babies will be for ‘designer babies’, enhanced to compete better with other children, to satisfy parents’ whims, or to avoid (and thereby perpetuate) social oppressions. Experience with pharmaceuticals and surgery is that, where there is a market (and many surveys have shown that there will be a market for genetic enhancement) the line between medical treatment and cosmetic enhancement cannot be held.

And as we have seen with commercial surrogacy, national regulatory systems and bans are easily circumvented by industries which set up companies in countries where there is a pool of poor women, and no regulation. That is why Stop Designer Babies is campaigning for a global ban on human genetic engineering. If we want to avoid a future of free market eugenics, that is the only solution.

Dr David King is a former molecular biologist, who has been writing and campaigning on issues raised by genetic engineering and other technologies for the past 30 years. He is one of the founders of Stop Designer Babies and was a founder of the UK campaign against GM food.