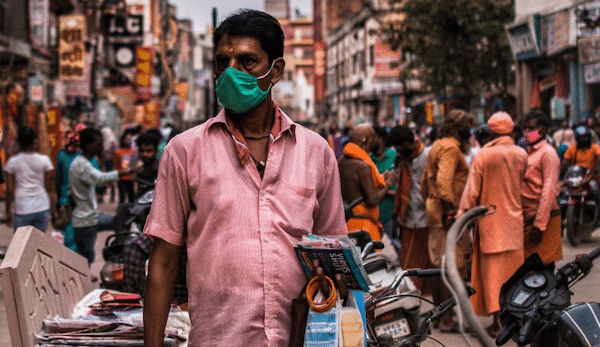 The pandemic alas is not yet over, but there are no economic disruptions in the current fiscal year in the form of lockdowns or workers’ absence. The economy’s performance therefore can no longer be attributed to the prevalence of the pandemic; whatever it is, it is caused by economic factors.

Government spokesmen are busy claiming that the economy is displaying a robust recovery, and that the current fiscal year will post a double-digit growth rate. But a double-digit growth rate in the current year means nothing; since the previous fiscal year had witnessed a sharp absolute drop in GDP, in fact one of the sharpest among all countries of the world because of the government’s imposing a lock-down more stringent than anywhere else, a drop amounting to a staggering 24 per cent in the April-June quarter of 2020, a bounce back from such a trough is naturally to be expected; there is nothing to crow about it. The real question is how the current fiscal year’s performance compares with that of the pre-pandemic fiscal year, i.e., with 2019-20. And on doing so, we find that the first quarter’s GDP this year was well below that of the first quarter of 2019-20. The second quarter’s GDP is about the same as the GDP of the second quarter of 2019-20 (in fact it is just marginally higher by 0.3 per cent). In other words, given the 7.3 per cent drop in GDP last year compared to the previous year, even a double-digit growth rate of 10 per cent, which is higher than what government agencies like the State Bank of India are projecting for the current year (which is 9.5 per cent), will just about put the current year’s GDP 1.97 per cent above what it was in 2019-20; this is hardly indicative of a positive trend in the economy.

What is crucial however is that even this recovery is not sustainable. This is clear from the fact that even in the second quarter, consumption is less than in the corresponding quarter of 2019-20 by 3.5 per cent. What has contributed to the phenomenon of GDP as a whole in the second quarter of 2021-22 recovering to around the same level as in the second quarter of 2019-20, is a recovery not in consumption but in investment. This is possibly because investment that was already in the pipeline and was a result of decisions taken in the past, was being completed. But this only means that in the current year, while there will be additions to productive capacity (because of current investment), there will be around the same level of output (GDP) as in 2019-20, which entails a fall in capacity utilisation; because of this, investment in the coming year will come down, and so would GDP.

The recovery in short is obviously unsustainable. It can be sustained only if consumption picks up, but otherwise it will get aborted. The reason can be elaborated as follows. Ignoring net exports for simplicity since they are a relatively minor factor, GDP in any economy equals private consumption plus private investment plus government expenditure, and since private investment responds only to the growth in the size of the market, of which the growth in GDP is an indicator, for a sustained recovery there must be an increase in private consumption or in government expenditure. Typically, among those official spokespersons who see this point, the common opinion is that infrastructure investment by the government will take care of the problem.

That leaves two other options. One is if the government directly stimulates private consumption by making transfer payments to households. This has been demanded by economists, political parties and civil society organisations for quite some time, to relieve the distress caused by the pandemic and the lockdown that was announced in response to it. Originally it was demanded because people had suddenly lost their sources of income during the lockdown. But even though that moment has passed, the need for transfers has not gone down at all, because people overcame their predicament at that time through taking loans, and as long as these loans hang over their heads, they will be forced to skimp on consumption to service their debt. Direct transfers therefore become necessary to ensure that consumption in the post-lockdown period gets back to what it otherwise would have been. The demand for a central government transfer of Rs 7,500 per month to non-income tax-paying households for several months, could overcome the shortfall in consumption.

A further advantage of such direct transfers is that the consumption generated by them would largely be of goods produced in the petty production or small capitalist sector. This would not only revive this sector which is currently languishing because of measures like demonetisation and the Goods and Services Tax, but also create larger employment in the economy and thereby also have larger second and third round consumption expenditures.

A variation on this programme of transfers is to increase greatly the outlay for the employment programme, the MGNREGS; but given the limited scope of the MGNREGS, in the sense of a job being offered to just one person per household and that too for a maximum period of 100 days (which itself is rarely ever achieved), this alone will be grossly inadequate and will need to be supplemented through direct cash transfers. Since consumption accounts for 55 per cent of the GDP, even an increase in consumption by 1 per cent of GDP would require close to Rs 2 lakh crores. On the other hand the increase in MGNREGS over the budgetary provision that has been announced at end-November comes to just Rs 22,000 crores, that is just about a tenth of this sum. Stepping up consumption through an expansion in the MGNREGS, without increasing its scope, will thus be inadequate.

The other means is to increase substantially the expenditure undertaken by the government on healthcare, education and other social services. These items of expenditure will be welcomed by people at large, unlike several kinds of expenditure on physical infrastructure; and they have the effect of bringing about an increase in the level of general welfare. But here again the Modi government is busy privatising education and healthcare; for it to reverse its direction and suddenly expand public expenditure in these spheres, is virtually out of the question.

Thus it seems that the primary need of the hour in the country at this moment, which is to expand government expenditure through making direct cash transfers to people and through spending more on social services like education and healthcare, cannot be fulfilled by the Modi government. It is certainly not going to spend on either of these avenues, other than making, at the most, some token gestures for electoral purposes. This however means that the economic recovery will remain still-born.

The fallacy underlying the government’s position is the following: it believes that by providing inducements in the form of subsidies and tax-concessions to the corporate sector it can get larger investment from that sector, and that this would stimulate a recovery in the economy; but no corporate entity makes a larger investment unless it expects a growth in demand. If it expects zero growth in demand, then it makes zero net investment, i.e., does not add to capacity. Hence if there is no growth in demand, then the corporates simply pocket the subsidies and tax-concessions offered to them by the government, and do not undertake an iota of additional investment. Instead of providing subsidies and tax concessions to the corporates, the government should be concentrating on increasing private consumption. But this is precisely what the Modi government is incapable of understanding.