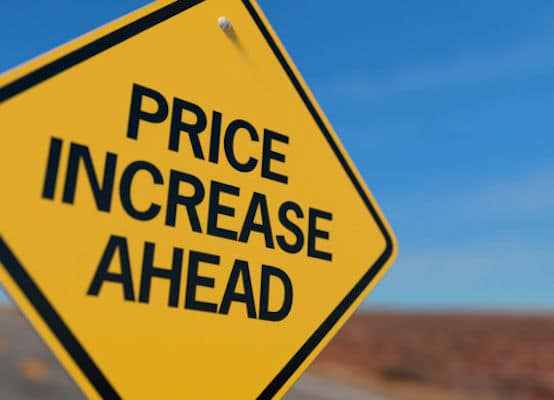 The very day, December 11, when the Indian finance ministry spuriously claimed a robust recovery in the post-pandemic Indian economy, newspapers carried news of an acceleration in the U.S. inflation rate. The inflation rate in November 2021 over November of the preceding year had been 6.8 per cent in the U.S., which was higher than the corresponding rate in any month over the previous 40 years; in particular, petrol prices had increased in November 2021 by 58 per cent, which was the highest for any month since 1980. The Indian finance ministry however blithely ignored this inflation in the U.S. while making its fantastic claims about recovery, even though it must know that this is going to further damage the prospects of India’s economic recovery as long as it remains trapped within a neoliberal regime.

The acceleration of inflation in the United States at a time when its economy still has not recovered from the mass unemployment which had been created during the pandemic may appear strange; during the pandemic, it may be remembered, 21 million people had lost their jobs, and large numbers among them still remain unemployed. Hence the reason for the acceleration in inflation lies not in the U.S. economy suddenly becoming supply-constrained, but rather in a set of specific phenomena, consisting in the emergence of certain immediate supply-side bottlenecks, whose effects are magnified by speculation on one side and cost-push on the other. Overcoming these immediate bottlenecks will take some time, because of which this inflation may persist till the middle of 2022. But its emergence is going to cast a further shadow on India’s economic recovery which is already threatened, as we saw last week (People’s Democracy, December 6-12, Issue No: 50), by the persistently depressed levels of consumption of the Indian people.

The Federal Reserve Board of the U.S. (the equivalent of its central bank) has been pursuing an easy money policy for some time now by purchasing bonds from the market against money that it pumps into the economy, and keeping the short and long-run interest rates extremely low, in fact quite close to zero. With inflation accelerating, it is likely to taper off such bond purchases even more sharply than it was planning to do; and it would also raise the interest rates. But one of the consequences of low U.S. interest rates had been that finance was flowing into countries like India that offered comparatively much higher interest rates, which enabled them to finance their current account deficits on the balance of payments quite comfortably. In fact, so large had been the inflow of finance into the Indian economy that the country was adding to its foreign exchange reserves even after paying for its current account deficit.

But if U.S. interest rates rise, as they are bound to do as an anti-inflationary measure, since other measures such as direct price controls or supply management are generally eschewed in metropolitan capitalist economies, then at the old interest rates prevailing in countries like India the flow of finance to them will dry up; and there may even be a reverse flow of finance from these countries back to the United States.

That would make it far more difficult for India to finance its current account deficits, which would result in a depreciation of its exchange rate. The Reserve Bank of India may no doubt reduce its foreign exchange reserves to prop up this rate; but since the very reduction in reserves induces speculation against the rupee, such propping up of the exchange rate can neither be complete nor permanent. A depreciation in the exchange rate of the rupee in other words is inevitable if the U.S. interest rates increase.

Every such depreciation in the exchange rate of the rupee will raise the costs of imported goods in rupee terms. This will be true above all of oil, which the government will then pass on to consumers in the form of higher oil and petro-product prices. These higher prices in turn will have a cost-push effect across the board on the entire Indian economy, increasing the rate of inflation in India.

This is typically the mechanism through which inflation gets transmitted these days from the metropolis to third world countries; and this mechanism, which involves financial flows, is much faster than was the case earlier when countries typically imposed restrictions on cross-border capital movements. In fact, in anticipation of the effects of U.S. inflation on the Indian economy, even before the U.S. interest rates have actually increased, and even before any difficulties in financing India’s current deficits have actually surfaced, there was a fall in the rupee by 16 paise, which was the largest fall in several months, the moment the November figures for the U.S. inflation rate were announced.

To manage the balance of payments by attracting adequate financial inflows, so that the fall of the rupee gets halted, and also to curb inflation by reducing the level of aggregate demand in the economy, the Indian authorities will then have to raise interest rates, which is the main available policy instrument within the setting of a neoliberal economy. This however would make any recovery from the pandemic-associated economic recession that much more difficult.

In fact in a neoliberal economy whether the government likes it or not, there is no escape from a rise in interest rates if the U.S. raises its rates. Until interest rates have been increased, capital outflows will continue to occur, aggravating the fall in the value of the rupee, and thereby further accentuating inflation. Thus the finance ministry’s bravado in claiming a robust recovery is totally baseless for two reasons: one, as we discussed last week, the depressed consumption of the people because of the lack of purchasing power in their hands; and, two, the external pressure on the economy that arises because of an acceleration in the U.S. inflation rate which will entail an even more restrictive monetary and fiscal stance by our government.

This entire unfolding scenario reveals with great clarity the functioning of a neoliberal global order. Under the dirigiste regime that had existed earlier, an acceleration in the U.S. inflation rate per se would have had little or no effect upon the Indian economy. And the only effect of the restrictive monetary and fiscal policy that this may have given rise to in the United States, would have been on India’s exports, by reducing the size of the U.S. market for Indian goods. But the negative consequences of such a fall in exports upon the balance of payments would have been handled by tightening import controls in India, so that alongside the fall in exports we would have also had a fall in imports. And as far as the reduction in the level of economic activity is concerned because of the fall in exports, this, to the extent that the curb in imports did not automatically negate it, would have been offset through a rise in government expenditure.

Each economy in the dirigiste era in other words was an entity on its own, and the effect on any entity of another entity’s accelerated inflation would have been handled without importing that inflation, and the ensuing curtailment of activity, onto one’s own shores. Changes at the margin in various policy instruments within a third world country would have been quite enough to tackle the effects of accelerated inflation, and the ensuing recession, occurring in a metropolitan country.

Under neoliberalism, however, finance is mobile across countries, and restrictions on the imports of goods and services are frowned upon. Hence a country loses its relative insulation, and its relative autonomy in maintaining a certain aggregate level of activity. Instead, what happens in any metropolitan economy, affects all third world economies, including the Indian economy, profoundly. And it does so spontaneously, by putting pressure on the government to adopt certain specific policies, whether the government likes it or not.

The exertion of this pressure also happens with extraordinary rapidity. The freedom of finance (and of goods and services) to move across country borders makes the transmission of recessionary and inflationary tendencies across countries that much more easy and rapid. A country like India therefore may get saddled with unemployment not just because of its own internal developments, but, additionally, because of something happening in a metropolitan country like the United States. The Modi government which is a fanatical adherent of neoliberalism is therefore going to cause further economic distress to the Indian people in the days to come.