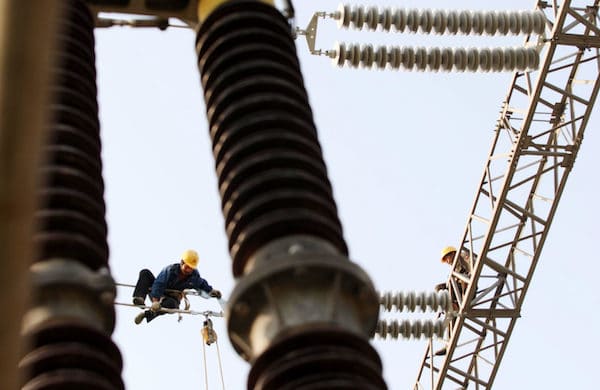 It’s been a dizzying period for watchers of China’s climate and environmental scene. President Xi Jinping’s carbon neutrality pledge at the United Nations in September 2020 set in motion a massive build-up of national policy, legislation and regulation on decarbonisation, with unprecedented speed. Barely two months later, Xi announced a set of more ambitious 2030 targets at the Climate Ambition Summit. And then, in March 2021, China’s top legislators approved the 14th Five Year Plan (FYP) with a whole host of climate and energy targets for 2025.

The policymaking did not stop there. Just as some observers were commenting on the slightly underwhelming near-term FYP targets, a top leadership meeting in mid-March called for the building of a power system “centred around renewables,” raising hopes that the FYP is a floor for China’s ambition and not a ceiling. 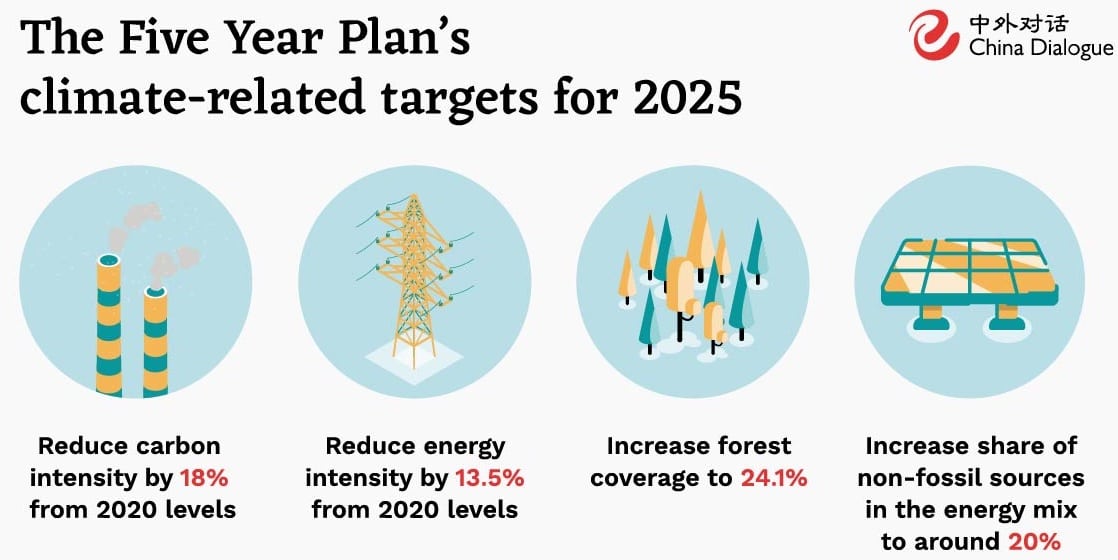 By July, it was clear the government was making a more elaborate policy framework for achieving the “dual carbon” goals of peaking and neutrality. Xie Zhenhua, China’s special envoy for climate, revealed at a conference that policymakers were busy creating a “1+N” policy framework to guide the decarbonisation journey for the next four decades. (The “1” stands for a top-level Guiding Opinion, which was issued in October, while the “N” refers to a set of more than 30 sector-specific decarbonisation plans.)

But July 2021 is now remembered more for the devastating flood that inundated much of Henan province in central China. In the 24 hours between 20 and 21 July, a whopping 622.7 mm of rain fell in the provincial capital of Zhengzhou, nearly equalling total rainfall for a regular year in this relatively arid place. Across the province, hundreds of people died or went missing in the flood.

While the relationship between extreme weather events and climate change did get a more serious discussion in mainstream Chinese media, especially after the immediate shock of the disaster had receded a little, a part of the Chinese internet was visibly giddy. For the writer of a viral post on WeChat, increased rainfall in central and northern China was a wonderful sign of a return to a glorious past, when warmer, wetter weather aided the rise of the Tang Dynasty.

Climate change is a good thing for China, the writer told his excited followers, water nourishes the land and brings prosperity. The post spread so far that China Environment News, the official outlet of the Ministry of Ecology and Environment, felt the need to publish an extensive rebuttal emphasising that rapidly changing meteorological conditions are far from a blessing for northern China. “Climate change’s disruption of the water cycle is exacerbating droughts in parts of Ningxia, Shanxi and Gansu, while sending violent rainfall elsewhere,” it warned. “For the northwest’s sensitive and vulnerable environment, higher temperature and more humidity are hardly good news.”

The exchange provides a snapshot of the state of confusion in Chinese society about climate change, where tension always exists between a “climate-enlightened” leadership and a climate-agnostic public that usually just goes along with the former’s policy initiatives without asking too many questions. But with emission-slashing actions getting more serious in 2021, Chinese society was forced to confront some of the real impacts of climate and energy policies that would test its buy-in to the decarbonisation agenda.

As floods were devastating large parts of Henan, the Chinese energy market was showing alarming signs of a cramp. Electricity usage rose significantly thanks to a strong recovery in manufacturing and export, but the supply of coal (still a main source of electric power despite its dwindling role) was not catching up, sending the price of coal skyrocketing to the highest level in a decade. All kinds of downstream users, from coal-fired power plants to steel mills, felt the pinch. At the end of July, the Party leadership issued an unusual opinion to try and stabilise the energy market and rein in what it saw as “decarbonisation frenzy.” Some experts interpreted that phrase to mean moves by local governments that prematurely dismantled the old coal-based energy infrastructure when the new, renewable-based one was not ready to take over.

It was the first sign of a serious policy recalibration since the 2020 carbon neutrality pledge. And its exact message took some deciphering. For energy regulators, it meant a green light to ease some of the controls put on coal production. Previously closed mines were ordered back into operation, with the hope that additional supply would stabilise prices. On the other hand, the central government doubled down on its campaign against polluting projects with high energy intensity, claiming there is legitimate work to do to tame those wasteful electricity users.

But a crisis had already been set in motion. By September, severe power shortages hit multiple provinces and led to outright blackouts in major urban centres in the northeast.

Compared to the more fanciful back-to-Tang-dynasty brand of climate denialism, concerns about energy security and economic well-being remain a much more serious challenge for climate policy to grapple with. As the power shortage occupied the headlines, some commentators tried to pin the blame on China’s long-standing “dual controls” policy–of capping total energy consumption and setting energy intensity targets–to achieve carbon reduction goals. They claimed that a tightening of the controls was forcing local governments to turn off electricity supplies in order to meet quotas. However, further analyses showed the power cuts to energy-intensive industries were the result rather than the cause of a tightening power supply situation, highlighting the rigidity and irresponsiveness of China’s power market. Still, the controversy inevitably put China’s carbon policy in a tough spot.

And it could not have happened at a more delicate time. The overarching climate policy framework–“1+N”­– that Xie Zhenhua previewed in July was originally expected to be released at about this time, to set the tone for a season of intensive climate diplomacy ahead of the UN’s COP26 climate talks in Glasgow at the beginning of November. International pressure on China to further raise the ambition of its climate targets, which included bringing forward its effort to peak carbon to before 2030, was already heating up in September. At the beginning of the month, John Kerry, U.S. special presidential envoy for climate, visited China for a second time in the year to meet with Xie Zhenhua and senior Chinese leaders to discuss new climate commitments. He was followed by Alok Sharma, the UK’s president of COP26, days later.

Few Chinese domestic policy issues are as entangled with international diplomacy as climate policy. This entanglement has only deepened in the past few years as Chinese policymakers realised that projecting an international leadership role on protecting a key global “public good”, namely the climate system, may also boost “performance legitimacy” at home. The carbon neutrality goal was unveiled at the UN General Assembly, the 2030 targets were announced at the UK-organised Climate Ambition Summit. John Kerry’s April visit to Shanghai probably paved the way for President Xi’s appearance at the U.S.-organised Leaders’ Summit for Climate, where he announced a peaking date for coal consumption. And as Glasgow approached, people were wondering whether COP26 may be another international forum for domestic policy creation.

Indeed, at the end of September, the UN became the venue for China to unveil yet another big new policy: its exit from building coal power plants overseas, reportedly a key item on Kerry and Sharma’s “wish list” when they visited China. The announcement was received very positively internationally, but no new domestic targets were put forward. In fact, when China finally published its much anticipated “1+N” policy framework in October, it mostly contained pre-existing goals and targets.

By then, Chinese policymakers were more concerned with consolidating existing policies than piling on new ones. They have argued on multiple occasions that achieving the already promised pace of emissions control is a Herculean undertaking. The international politics ahead of COP26 were not entirely conducive to more collaborative raising of climate ambition. And for the first time in China’s climate policy discourse, the 1+N document contained a call for “international struggle” on the climate issue. Though it did also call for “international cooperation”, inclusion of “struggle” reflected a hardening world view. The sentiment found its way into China’s cyberspace, where a heightened mistrust of Western advocacy for climate action revived popularity in the theory that the climate message is but a veiled attempt to thwart Chinese prosperity. 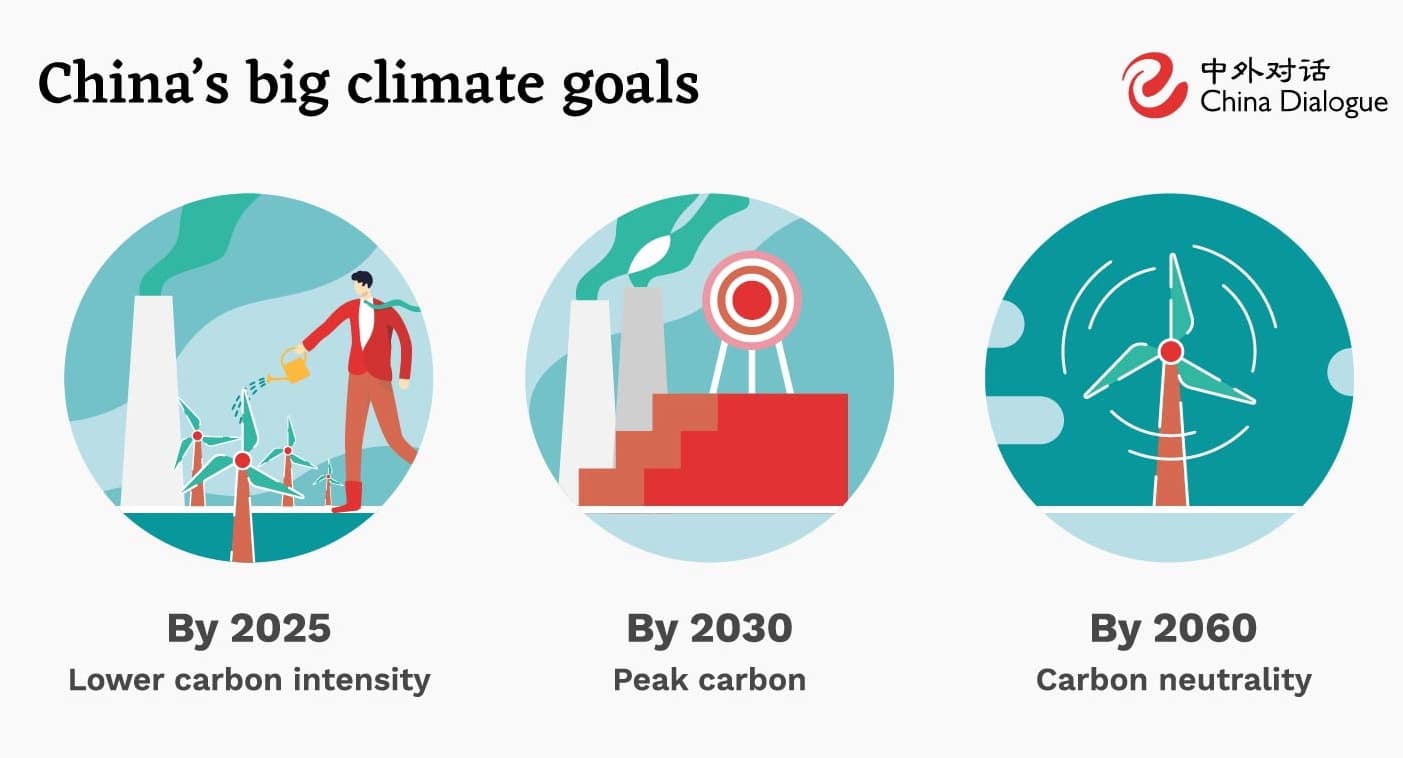 In a way, it is an achievement that China’s climate ambition has stood firm against concerns about energy security and the nationalist insistence on not giving way to Western demands. Not a single target announced over the past year was watered down in the 1+N document; they were formalised and promulgated as top-level policy. The fine balance Chinese policymakers had to keep manifested itself vividly at COP26 when China did not sign the U.S.-led Global Methane Pledge, which contains a commitment to a 30% emissions cut in ten years, but instead committed to take actions on the potent greenhouse gas in a surprise Joint Declaration with the U.S. near the end of the conference. “With the Global Methane Pledge, the U.S. is trying to unfairly divert responsibility to developing countries when it has failed miserably on cutting methane over the past few years,” researchers from the official climate think tank NCSC wrote at the beginning of the COP. China is serious about addressing this pollutant, as the later joint declaration shows, but it has to do so on its own terms and following its own pace.

In spring this year, when China Dialogue interviewed Wang Yi, a senior lawmaker and climate advisor, he argued that rather than fixating on squeezing more from near-term emissions cuts, China should place greater emphasis on its preparations for an epic 40-year journey that will entail fundamental reforms to its economic system. Other Chinese experts concur: getting near-term results is important, but the right system should be in place first to shape the emissions trajectory for years to come. And that should be the priority. At COP26, Wang Yi was still frustrated that the message hadn’t got through. “To reach our targets, we have outlined a change to our entire system, not just in the energy sector but across society and the economy”, he told the Guardian’s Jonathan Watts. “Nobody knows this.”

If system building is more important than crowd-pleasing promises to cut emissions, China’s climate policy scene certainly did not stop mattering post-COP26. The last few weeks of 2021 have seen the central bank rolling out a massive relending facility to support low-carbon industries and new signals on reforming the national power market that was at the bottom of September’s power shortages. None of these made international headlines. China still has a long way to go to convince the world why, at this critical point in its decarbonisation journey, it should be given space to walk quietly for a few more steps before it talks again.

Ma Tianjie is China Dialogue managing editor in Beijing. Before joining China Dialogue, he was Greenpeace’s Program Director for Mainland China where he was a regular commentator on China’s environmental challenges contributing to a range of media organisations. He holds a master’s degree in environmental policy from American University, Washington D.C.