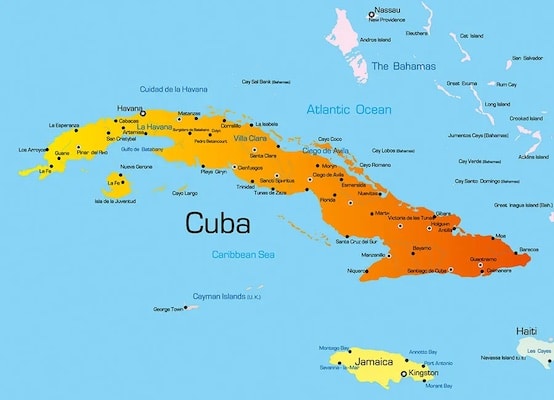 Sometimes, you just have to be patient. Cuba, the Caribbean nation long a thorn in the side of the United States since Fidel Castro took control of the island against U.S. wishes, has managed to get around crippling U.S. sanctions that have rendered the islands economy backwards for over 50 years by signing reconstruction deals with China as part of the Belt and Road Initiative.

Cuba’s economy shrunk by 11% in 2020, and the government says it only began to grow slowly last year at just 2%. Cuba’s shortages of food, medicine and other basics have been worsened by decades of U.S. sanctions, which were tightened under former President Donald Trump.

China and Cuba have now signed a cooperation plan to promote construction into the country, injecting momentum for further collaboration by leveraging the complementary advantages of both parties and for cooperation between China and Latin America. China has been making inroads into Latin and Central America too as the United States ability to agree external funding for some of its closest global partners is buried under a weight of preconditions and political infighting. Never mind the proposed ‘Build Back Better World’, China is exerting control of a region now seemingly beyond Washington’s influence.

The China-Cuba deal also shows that the era of U.S. economic might is possibly damaged more than is generally realized. While the nation remains rich, political infighting has diminished its ability to contain perceived threats and extend its global influence, bending other nations to U.S. Foreign policy.

The significance of the China-Cuba deal will not be lost on Russia, also a close ally of Havana, and who have been threatened with ‘sanctions like you’ve never seen’ over the Ukraine issue. Those will mainly extend cutting Russia off from the global SWIFT payments network and persuading the EU to buy its goods and energy supplies from America instead, which might suit short-term Washington objectives but will ultimately cede global power and influence beyond Western Europe and North America to Beijing and Moscow.

But back to the China-Cuba deal. He Lifeng, head of the National Development and Reform Commission, China’s top economic planner, and Cuban Deputy Prime Minister Ricardo Cabrisas, signed off the agreement on Christmas Day, clarifying key cooperation content and projects for China and Cuba under the BRI, including infrastructure, technology, culture, education, tourism, energy, communications, and biotechnology. This have been coordinated as many BRI agreements have been, to fit alongside Cuba’s short and longer-term development plans, and come with a proposed timetable and implementation roadmap. 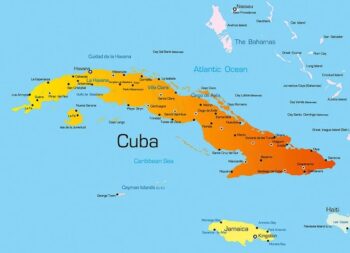 The signing of this agreement shows that the two countries have accelerated their cooperation and highlighted China’s principle of mutual benefit on the basis of equality toward countries in Latin America, especially after the resumption of diplomatic relations between China and Nicaragua–another Latin American nation long sanctioned by Washington.

Zhou Zhiwei, a research fellow on Latin American studies at the Chinese Academy of Social Sciences noted in the Global Times that the agreement will help Cuba’s economic recovery and improve local livelihoods, as well as promoting cooperation between China and Latin America in tourism and energy. “Cuba is rich in mineral and oil resources and is a major source of nickel ore for China. The country also has large potential for development in agriculture and tourism,” he said.

China and Cuba have achieved results in energy cooperation in recent years. In terms of traditional energy, Chinese companies have carried out related cooperation projects in Cuba. In the new-energy sector, including wind power and photovoltaics, cooperation has been increased.

Cuba became a member of the BRI energy partnership in October 2021, a partnership network that now has 32 members and aims to promote energy cooperation in BRI markets as countries pursue a low-carbon transition. Energy has always been the focus of Cuba’s socioeconomic development plan, with Havana proposing that 24% of its electricity supply will come from renewable energy sources by 2030.

“China is actively maintaining the normal order of international relations and striving to promote common development across the world, unlike the U.S., which, under the banner of democracy, has imposed an economic embargo on some Latin American countries, interfering in their internal affairs and limiting cooperation among foreign companies,” Zhou noted.

China is Cuba’s largest trading partner in goods, and Cuba is China’s second-largest trading partner in the Caribbean. Cuba exports mainly sugar and nickel to China. It imports a broad array of supplies, ranging from machinery and transportation equipment to raw materials and food. The country has also recently become an observer nation to Russia’s Eurasian Economic Union, suggesting a Free Trade Agreement could soon be in the offing.

Washington meanwhile must be wondering exactly how the economic might it has been used to wielding via sanctions came to be so badly frittered away. Clearly, with China turning up in Cuba, when in 1962 the U.S. was able to rebuff Russia, the sanctions and economic threat strategies the United States have been so eager to deploy need a complete rethink. They simply now do not work–China has developed an economic vaccine.