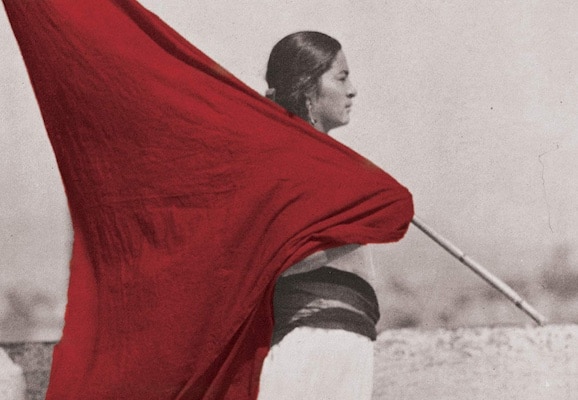 If ‘the history of all hitherto existing society is the history of class struggles’ (Marx, 2004: 137), then Revolutions constitutes a major work of history. Two decades after its original publication, Löwy, along with six other historians, presents a photographic account of all the major revolutions in modern history, from the Paris Commune in 1871 up to the Cuban Revolution of 1959, from suppressed uprisings to liberatory movements across the globe, from the imperial core of Western Europe to the peripheries of China, Russia, and Mexico. Each of these revolutions, given a short overview to preface its photo collection, has been a subject of scrutiny, each has a wealth of historiography attributed to it, but this book takes a different approach, placing the masses–frozen in time–at the centre of how we view such movements. Why this approach? Löwy asserts that photos can ‘capture what no text can communicate’, and, taking it further, states that ‘a photograph allows us to see, concretely, what constitutes the unifying spirit and singularity of a particular revolution.’ (11) 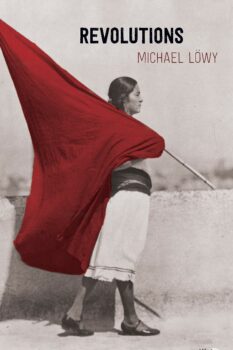 What is the significance of photography in revolutions? What can photography do that lengthy histories, academic volumes, and historiographical bookshelves cannot? According to Löwy, photographs of revolutions ‘reveal […] a magical or prophetic quality that renders them permanently contemporary, always subversive. They speak to us about the past, and about a possible future.’ (17) Houzel and Traverso take this further; they assert that viewing these historical events through images, through mere fragments of time, allows us to study the events as they are, without the burden of subsequent historiography. Indeed, they believe that it allows us to ‘strip away a thick layer of retrospective projections, first hagiography and later demonization.’ (109)

This is a fascinating point; it is certainly true that these photographs somewhat remove the decades of analysis and revisionism, adulation and defamation, and leave us with the intimacy of agents of history. The harsh colds of winter that characterise the Russian revolution, the solemn recognition of imminent change, and the realisation of those who have driven it, the acceptance of death before the executioner’s gun–facial expressions reveal to us the realities of these movements in ways that transcend nuanced analysis. They isolate movements from future projections, and what is left, for a time, is a measure of historical objectivity.

History, however, can never truly be objective. If captions are integral to the meaning of photographs (and the author agrees with Walter Benjamin that they are), if each photo is ‘profoundly subjective because it bears, in one way or the other, its author’s mark’ (13), if text is the ‘fuse guiding the critical spark to the image’ (14)–then that is how we should read Revolutions–not as an objective chronology of images providing an exhaustive, neutral account, but a selection of photographs alongside their own ‘captions’, in this case their accompanying analyses and observations. Therefore, to echo Löwy’s introduction, Revolutions provides both the objective (photographs of reality) and the subjective (analysis of these photos).

Formed in chronological order, the way these events are depicted evolves with the development of photographic technology; earlier depiction was far more forced, almost semi-staged, as the time taken to capture an image was extended, and the equipment required bulky and inconvenient. However, much of the way these photos are captured, and indeed the major themes of revolution, remain consistent throughout the last 150 years. One of the first examples of the revolution photographed comes from the barricades of France, 1848, a ‘material symbol of the act of insurrection’ (p.11), and a tactic reemployed throughout future radical movements. The use of barricades coincides with the first evidence of photographed revolution, but 1848 marks the beginning of this account for another reason too; as Löwy asserts, after that year the way ‘revolution’ is understood changed significantly. ‘Revolution’ before 1848 had largely simply suggested a transformation of the state structure, but now denoted ‘an attempt to subvert the whole bourgeois order’ (10).

From the barricades of Paris, then, to the brutal repression of the 1905 Russian Revolution, an uprising described as ‘a bolt of lightning that precedes a crash of thunder, which was not long in coming’ (69), where moderate, peaceful demands for civil liberties, land, education and assemblies were met with extreme violence and murder. And the visual representation of this brutality emphasises the scale of violence inevitable in class struggles. It is a theme that occurs throughout history and as such throughout this book; decapitated heads of Chinese rebels, executed workers, and mass graves are explicitly shown, more striking in photography than any academic statistic of death and injury can evoke. The photography of 1905 Russia indicates not only violent repression, but, according to the author, defiance: ‘they don’t appear defeated; on the contrary, their faces display great dignity. This is a sign that the 1905 Revolution, although it was aborted, left an indelible mark on the consciousness of the masses’ (79).

Revolutions does not deny the limits of photographical enquiry; how can black and white imagery capture something so colourful as the Mexican Revolution? As Rousset asks, ‘how can one visually do justice’ to intellectual shifts between the Chinese revolutions? (330) And, clearly, photography is restricted by its singular and immortalised focus. Despite this, even in the Mexican Revolution, the contradiction between city and countryside, as ‘urban and rural mexico stood face to face’ (274), is made indisputably clear by photography. The clothes, facial expressions and the unfamiliar, out of place look of rugged, rural Mexicans in the urban centre reveal this phenomenon, one that persists across the world today. Indeed, one of the book’s strongest aspects is its refusal to present the best-known actors and leaders as the centrepiece of revolution–instead, the bulk of photography is dedicated to the real drivers of social change: the masses. As Houzel and Traverso remark, ‘as in all revolutions, the masses–a human sea–are at the center of all events and invade all spaces.’ (114)

A striking image of ordinary Cubans at Playa Girón, prepared to give everything to defend their revolution, to defend their sovereignty, is instructive of the popular revolution and represents an unprecedented event: ‘for the first time in the twentieth century, an intervention planned and armed by Washington had been defeated’ (461). Ordinary, unnamed people, women and workers, children and peasants, people forgotten to history are in this volume accentuated as central figures in extraordinary events.

This account chronologises the different major revolutionary movements, but it is not simply time that connects them–the photographs of the first Russian Revolution help to explain the conditions and lessons of the successful Revolution just 12 years later. Emiliano Zapata lives on through his eponymous revolutionary descendants decades later, whose own role in history has been guided and shaped by the Mexican Revolution of 1910-1920. The actors of revolution in these photographs are changing the future; they are shaping what will be photographed in later chapters, through the demolition of the old order and in the surreal manner of historical repetition. This is in part explained by Traverso, in his analysis of the failed German revolution of 1918-19: ‘Photography […] revealed that the protagonists know perfectly well that they were living through an extraordinary event, something out of the ordinary, which was breaking up linear time, confounding regular chronology, and marking the eruption of a qualitatively different temporality.’ (212)

The photographs in this book constitute memories of won and lost futures–structural ruptures, successful class struggles, as well as repressed uprisings and the killing of revolutions, each movement of which has shaped the next. But they also represent future building, inspiration, and icons who transcend time to play roles in movements long after they have died. It is difficult not to see the similarities within these revolutions, and while barricades evoke the uprisings of the past, no discussion of revolution is complete without its martyrs. Three heroes–Karl Liebknecht, Emiliano Zapata and Ernesto ‘Che’ Guevara, complex individuals who played major parts in three very different revolutions, become unified through the manner of their downfall, and crucially by the depiction of their deaths through the lens. The photos of their corpses are strikingly similar; upright, vivid, present in their surroundings, alive in all but breath. No image inspires more than that of someone who fell in the midst of attempting the nearly impossible feat of revolution.

Revolutions is a major contribution to our understanding of the principal social movements which shape our modern world. It brings us closer to the participants of history, it provides imagery beautiful and haunting, inspiring and brutal. It binds together the unknown agents of history, the ordinary people achieving the extraordinary, and the immortalised heroes of revolutionary movements. The ‘magical or prophetic quality’ attributed by Löwy to this photography is significant here. Iconic revolutionary photography continues to inspire historical movements, and in this sense, Revolutions adds to the existing revolutionary nostalgia. Indeed, if nostalgia is the memory of lost futures (Fisher, 2013:36), much of that which is depicted in this book constitutes the memory of won futures, and the ordinary people who won them. And to again echo Löwy’s introduction, it is in this way that revolutionary photography can both depict the past, and shape a possible future.