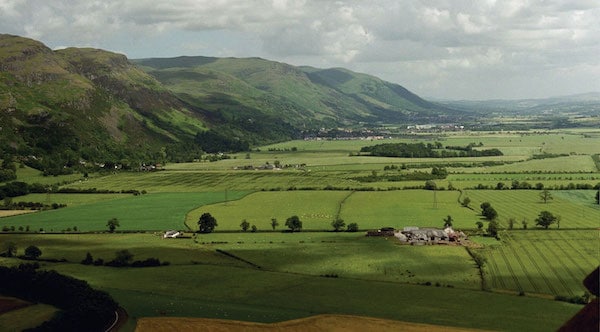 George: The war started because of the vile Hun and his villainous empire-building.

Blackadder: George, the British Empire at present covers a quarter of the globe, while the German Empire consists of a small sausage factory in Tanganyika. I hardly think that we can be entirely absolved of blame on the imperialistic front.

George: Oh, no, sir, absolutely not. [Aside, to Baldrick] Mad as a bicycle!

I’ve mentioned before that two of the major problems in international relations are state leaders’ lack of self-awareness and lack of strategic empathy. Given their imperial history, as well as their awful recent history of invading, destabilizing, and generally messing up foreign countries, you might imagine that the Brits would have learnt to avoid these pitfalls and developed a bit of humility as well as some understanding that others might not view them positively. But it appears not. No matter how they (or should I say ‘we’, since I have a British passport) screw things up, they/we still think that they/we are on the side of the angels whereas others are the devil incarnate, and that all the world needs is a bit more Britain.

If you doubted this, I suggest you take a look at a new article published this week by the British Defence Secretary, who goes by the good Scottish name of Ben Cameron Wallace. The bulk of the article–which appears on the UK government website–is an attack on Russian president Vladimir Putin’s historical essay on Russian-Ukrainian relations, which argued that Russians and Ukrainians were in essence one people, or at least very closely related peoples. Given that Putin wrote his piece some months ago, it might seem a little strange that Wallace would suddenly decide to respond. But his reply coincides with a decision by the British government to send additional weapons to Ukraine. It’s clearly therefore designed to provide some sort of moral justification for that move.

Wallace starts out by saying that Russia’s belief that it is threatened by NATO is a ‘straw man’. Why? Because–and you’ve heard this before–‘NATO, to its core, is defensive in nature. … It is a truly defensive alliance.’

How was NATO defending itself in Yugoslavia? Or in Libya? Or even in Afghanistan, for that matter? The idea that NATO is ‘to its core, defensive’ is, of course, ridiculous. At the very least, as I noted in a recent post, even if NATO is in some objective way defensive, others have very good subjective reasons for viewing it differently.

Not only has NATO attacked countries that posed no threat to it, but so too have NATO members acting outside the alliance. The UK itself is a prime example. After invading Iraq in 2003, the cheek of British politicians portraying their country as ‘defensive’ and others as ‘aggressive’ is quite something.

But all that is fairly obvious and has been said time and time again. For whatever reason, the Brits don’t want to acknowledge their own aggressive behaviour or how it might look to others. I guess it would make them feel bad. So let’s put it aside for now, and continue on with what Mr Wallace has to say about Putin’s essay on Ukraine, for that’s what constitutes the bulk of his article.

Now, to be fair to Wallace, I wasn’t a huge fan of Putin’s piece myself. All this ‘brotherly nations’ stuff, based on distant historical ties when modern nations as such didn’t exist, strikes me as rather dubious. Still, there are some things about Wallace’s analysis that are worthy of note.

First, he accuses Putin of ‘ethnonationalism’ saying that in his article the Russian president ‘puts ethnonationalism at the heart of his ambitions’ in order to achieve ‘the subjugation of Ukraine and at worse the forced unification of that sovereign country.’

Obviously, Wallace hasn’t read a lot of Putin. If he had, he’d be aware that the Russian leader has regularly denounced ethnonationalism and called for a Russian state which respects the multiplicity of ethnicities and religious that make up its population. Putin’s nationalism is a state nationalism, i.e. it’s founded on loyalty to the Russian (Rossiiskii not Russkii) state. Wallace is a bit out of his depth, I think.

Second, and this is where I think it gets interesting , the British Defence Secretary comments that ‘Ukraine has been separate from Russia for far longer in its history than it was ever united.’ This is just bad history. For what do you mean by ‘Ukraine’? If you mean the lands that now make up Ukraine, then Wallace is right. But if you mean Ukraine as a nation, then he’s wrong, since Ukraine, like most nations, is a fairly modern construct. There was no ‘Ukraine’ until recently. In fact, there was no independent Ukraine until 1918, and then only for a few months. And there was no Ukraine with its current borders until 1945.

But–and now I’m getting to my point–one would be telling the truth if one noted that ‘Scotland has been separate from England for far longer in its history than it was ever united’. The Kings of Scotland date back to the ninth century, giving the country some 800 years of independent existence compared to 300 years of unity with England.

Why do I say this? Because Wallace is not only a Scot, but a former Member of the Scottish Parliament for the Scottish Conservative and Unionist Party, ‘Unionist’ being the word in point. Wallace views England and Scotland as one. He’s a fierce opponent of Scottish separatism. Speaking in the House of Commons, he once denounced a member of the Scottish National Party by saying, ‘The honourable lady is making a brilliant argument for why we don’t want to put borders between countries.’

Wallace and his fellow Tories should have thought of that before backing Brexit, of course. But that’s not why I bring it up. The point is that Wallace doesn’t think that it’s a good thing to split up peoples that have long lived together–at least where Britain is concerned. You’d think, therefore, that he’d have a bit more empathy towards Russians (and Ukrainians) who feel that efforts to further divide Russia and Ukraine are to be regretted. In short, you’d think he have a bit of understanding of Putin’s position. But it seems that what applies to us doesn’t apply to you.

Let’s take this a bit further. Imagine that Scotland became independent. And imagine that it then asked to join the Eurasian Economic Union and the Collective Security Treaty Organization, and that it invited Russia to deploy military forces on its soil. And imagine that the prospect arose of Scotland becoming a base for Russian missiles capable of reaching London in five minutes. What do you think Wallace’s reaction would be then?

He’d be leaping up and down with fury! He’d be demanding action. He’d be screaming about Russian aggression (as he does already, in fact, even though there are no Russian troops within 1,500 kilometres of London). That’s what he’d be doing. In short, he’d be doing everything that Putin’s doing, and maybe even then some.

As I said, a lack of self-awareness and strategic empathy. Britain needs better than this.