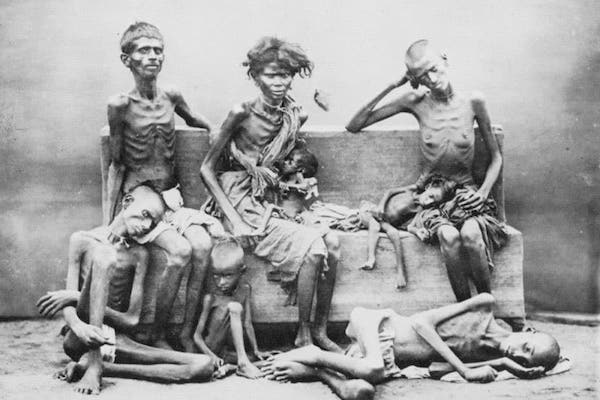 A CRUCIAL component of the imperialist system is the colonisation of third world minds that helps to sustain it. This colonisation is pervasive, but here we shall discuss only academic colonisation and that too relating to the social sciences.

Social sciences are of critical importance because the problems of the third world are above all social problems, and since the colonisation of third world minds has the effect of inculcating in them the belief that imperialism in the colonial era had nothing to with these problems (on the contrary, if anything, it had a beneficial impact), and that imperialism in the current era does not even exist, it incapacitates thinking in the third world on how to resolve these social problems, i.e., how to go beyond the given situation.

The initial step in this colonisation is the spinning of a narrative about social development, both in the colonised countries and, hence necessarily by implication in the metropolis as well, that sees absolutely no role of colonialism or imperialism in this development. An illustration from economics will make this point clear. The most influential theory of growth under capitalism in “mainstream” economics, developed by Robert Solow of MIT(Massachusetts Institute of Technology), is one that sees growth as being constrained by (and hence equal to in the long run) an independently given rate of growth of the domestic labour force; notwithstanding newer approaches to growth (that still steer clear of any reference to imperialism), this theory continues to remain dominant, as is evident from Thomas Piketty’s acceptance of it in his recent widely-acclaimed book Capital in the Twenty-First Century.

This growth theory however at one stroke makes incomprehensible the massive movement of slaves, numbering at least twenty million, from Africa to the “New World” in the first half of the nineteenth century. It makes incomprehensible the massive movement of coolie and indentured labourers from China and India respectively, totalling around fifty million, in the second half of the “long nineteenth century” (between 1850 and 1914). It makes incomprehensible the massive movement of labourers in the post-second world war period from India, Pakistan and the West Indies into Britain; from Algeria and other French ex-colonies into France; from Turkey into Germany; and so on. Capital in short has historically moved millions of people across the globe to fulfil its need for labour-power; it does not just sit quietly at home adjusting its accumulation downwards in the event of a labour shortage confronting it within its own borders. And yet this is precisely what “mainstream” growth theory tells us.

Even if we leave aside the reserve army of labour that capitalism has always had, it has access to the entire world’s labour supply whenever the need arises. The idea of its being constrained by labour shortage because the domestic workforce does not grow rapidly enough is just ludicrous. And yet this is what “mainstream” economics suggests.

Thus, the most influential “mainstream” growth theory in economics is palpably, brazenly and impudently at variance with facts, with the real history of the capitalist mode of production. How is this possible? Obviously, because this theory is “acceptable” as it paints a prettified picture of capitalism, one in which there is no scope for imperialism, conquest, seizure, or violence. And this is true of all theories about the working of capitalism that constitutes “mainstream” economics; their currency is because of their “acceptability” rather than because of their explanatory power.

All this of course should not blind us to the extraordinary cleverness that goes into these theories, the great brilliance that underlies them. But behind all this brilliance, this dazzling technical virtuosity, there is a complete hollowness of explanatory power.

But then how do such theories gain currency? Not necessarily because the authors of these theories are either consciously acting in bad faith, or are even aware of the apologetic role of the narratives they are spinning. The term “colonised minds” applies not just to third world minds; they also apply to minds in the metropolis: if the threat of exclusion from academic appointments, promotions, publications, prizes and fame, is held out before metropolitan academics in case they dare to explore the truth, in case they go beyond the limits of the “acceptable”, then they simply fall in “line”; and soon the neophytes who had been terrorized by the consequences of transgressing the “line” develop the habit of defending the “line” themselves, and constraining others. There is not necessarily any ill-will in all this; it just becomes the “done thing”.

But then how do we explain third world academics also toeing the “line”? After all, during the anti-colonial struggle there had been certain shaking off, no matter how half-heartedly and how hesitantly, of the “colonisation of the mind”; otherwise, there would have been no anti-colonial struggle. Then how do we account for a recolonisation of the mind in the third world?

One important reason is the large-scale induction of third world academics into the faculties of metropolitan universities, which used to be extremely rare in the pre-war days. Such induction, or the very possibility of it, makes many third world academics toe the “line”. And this is in addition to the fact that with the production of large numbers of academics in ex-colonial countries after decolonisation, their very natural desire for recognition within the “profession”, that continues to remain dominated by metropolitan academics, brings them automatically under the influence of metropolitan theories.

Put differently, political decolonisation did not mean a change in the power relationship within the profession, which continued to be dominated by metropolitan academics. Career advancement within this power structure meant willy-nilly accepting theories prevalent in the metropolis. The hesitant decolonisation of the mind that had occurred during the anti-colonial struggle got reversed as a result.

Now, under neoliberalism, even the very problem of the colonisation of the mind is completely lost sight of. In fact, on the contrary, academic work is seen to be a completely homogeneous activity: the idea that a third world nation must have an understanding, say, of economics that may be different from what prevails in the metropolis seems outlandish to even the third world’s own educational establishment. For instance, Dadabhai Naoroji or Romesh Chunder Dutt, who had meticulously examined the mechanism of colonial exploitation are, quite understandably, not taken seriously in metropolitan universities, and are not even heard of there; and if we visualise the discipline as being homogeneous, then it would follow that we too would not take them seriously and hence slip back into a state of colonised minds. And now with the National Education Commission asking for a synchronisation of courses and curricula between Indian and foreign universities, this colonisation of the mind gets fully institutionalised.

It follows that a decolonisation of the mind does not mean, and is worlds apart from, the adoption of a chauvinist Hindutva attitude. The latter on the contrary reinforces the colonisation of the mind. It is not concerned with the obfuscation of the truth that is a hallmark of metropolitan social sciences; its sole concern is with getting some sort of a certificate, preferably from the metropolis itself, that the theories that constitute such social sciences originated in ancient India! In fact, its jejuneness is manifest in its deliberate destruction of whatever worthwhile institutions of higher education had been built up under previous governments in the country. Thus, while stultifying any creativity that does not pay obeisance to Hindutva, it actually encourages the import, without any criticism, of ideas from the metropolis, and hence their hegemony.

Decolonisation of the mind requires therefore not a rejection of social sciences as a discipline but on the contrary an unflinching pursuit of social sciences as a discipline as opposed to what passes for “social sciences” in the metropolis which is tainted by obfuscation of imperialism. Karl Marx had believed that the bourgeoisie, after an initial period, needs, not economic science but ideology in the realm of economic science, that scientific activity can thenceforth be carried out only from the class outlook of the proletariat. Much the same can be said about the attitude of the metropolis towards social sciences. It is only from the point of view of the colonised that genuine social sciences that are not mere apologetics can be developed.