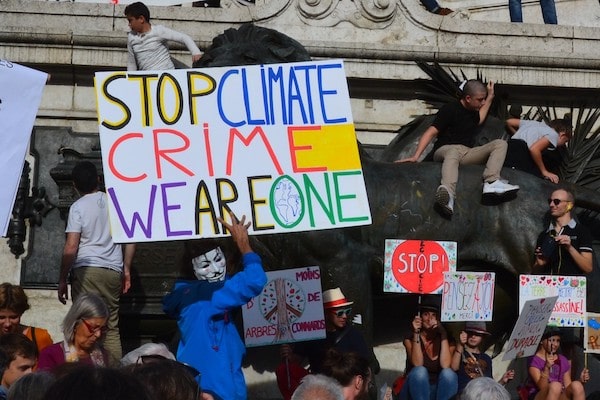 Department of Public Health and Primary Care – University of Cambridge

KUALA LUMPUR: Many factors frustrate the international cooperation needed to address the looming global warming catastrophe. As most rich nations have largely abdicated responsibility, developing countries need to think and act innovatively and cooperatively to better advance the South.

The world is woefully offtrack to achieving the current international consensus that it is necessary to keep the global temperature rise by the end of the 21st century to no more than 1.5°C (degrees Celsius) above pre-industrial levels two centuries ago.

The last Intergovernmental Panel on Climate Change (IPCC) report warns that temperatures are then likely to exceed 2.2°C. Many climate scientists fear many underlying interactions and feedback effects are still little known or poorly understood. Hence, they have not been factored enough into current projections.

Although the threat of global warming was scientifically recognized almost half a century ago, there has been much foot ragging since. Contrary to widespread belief, industrialized nations–the earliest and biggest greenhouse gas emitters –have actually held back much more adequate responses to the climate threat.

Although the UN’s 1992 Earth Summit in Rio de Janeiro secured the international community’s commitment to sustainable development, actual progress since has been modest at best. Undermining multilateralism–particularly since the end of the Cold War around the same time–has certainly not helped.

By effectively killing the Kyoto Protocol, the U.S. has undermined the UN system and other multilateral initiatives not in its own interest since the first Cold War’s end. Consequently, most other signatory rich nations have not even tried to meet the Kyoto Protocol obligations they had signed up to.

Unsurprisingly, then Vice-President Al Gore–who presided over the U.S. Senate’s 95-0 vote against the Kyoto Protocol–did not stress climate change in his 2000 presidential campaign. His public advocacy against global warming only began after his political ambitions ended with his controversial loss to George W. Bush.

But, unlike Kyoto, the Paris deal is voluntary–i.e., not binding. Nonetheless, climate action was dealt yet another blow when President Donald Trump withdrew the U.S. in early 2017 before President Joe Biden brought the U.S. back in 2021.

But not even half this grossly inadequate, originally European commitment has actually been delivered. Other rich countries have generally given even less than the Europeans. All this is far short of what developing countries need to cope, worsened by requiring more aid to donor country export sales.

Most concessional climate finance since has been to mitigate climate change, with much less for adaptation. Worse, almost nothing has gone to help the typically impoverished victims of global warming for their cumulative ‘losses and damages’!

In December 2015, the Paris COP reached agreement on a range of voluntary promises. Yet, climate scientists agree that neither the binding Kyoto Protocol nor the voluntary Paris Agreement can keep global warming by the end of the century under 1.5°C.

Economic damage to developing countries due to global warming so far is currently assessed at more than double the better documented adverse impacts on rich nations. But its victims get little help adapting to the daunting consequences of climate change, let alone ‘compensation’ for irreversible ‘losses and damages’.

The challenge–from a sustainable development perspective–is to address climate change while improving living standards equitably, especially for the worse off. This requires widespread generation and use of affordable renewable energy–instead of using fossil fuels–to slow global warming.

But markets are not going to do so on their own. Hence, novel, including hybrid means and much more affordable transfer of relevant technologies are needed to rapidly promote renewable energy use and ecological adaptation to global warming without adversely affecting the worse off.