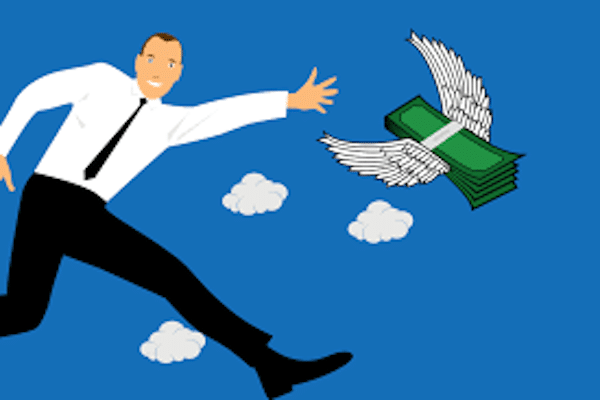 Capitalist governments invariably seek to control inflation by enlarging unemployment. This has nothing to do with any belief in a stable “trade-off” between the two, namely in a stable curve that links the two. Even those who attribute inflation to other causes, such as excessive money supply (“too much money chasing too few goods”) and find the solution to it in monetary stringency, are in effect seeking to control it through larger unemployment, since monetary stringency causes larger unemployment.

This raises many questions. The first question is: why is this so? Why do governments not maintain high levels of employment while adopting other measures against inflation such as direct price-controls, supplemented, if there are shortages, by rationing? The answer is that capitalists do not want too much direct interference by the government in the economy, for that undermines the social legitimacy of the system by raising the question in people’s minds: what good is a system if it needs so much direct interference by the government to rectify its ills?

The second question is this: since unemployment too is against the interests of the capitalists, as it means a smaller production of surplus value (because of fewer employed workers), why do capitalist governments show greater concern about inflation, even to the point of enforcing greater unemployment in order to combat it? It is not as if the anti-inflationary weapon of unemployment is used only at very high rates of inflation; in fact it is applied even at low or moderate rates of inflation. In the United States despite millions more still remaining unemployed compared to before the pandemic, interest rates are being raised just because the inflation rate in December has reached 7 per cent; the fact that this is the highest rate witnessed in any month since 1982, only underscores how keen successive US governments have been to control inflation over the last 40 years.

Tony Blair during his prime ministership of Britain had even declared the Tories’ inflation target of “below 2.5 per cent” as not being sufficiently low. His implicit suggestion was that no matter how high the unemployment rate required to achieve near-zero inflation may be, the country should pay that price, which was a total reversal of the earlier Labour Party target of full employment.

Even when the inflation rate is relatively low, the slightest rise in it makes governments jump into action and start raising unemployment to counter it; they are in short more concerned about inflation than about unemployment. The question is why?

The reason, given by Blair and a host of right-wing economists, is that such low inflation eventually brings about faster growth and hence higher and more durable employment in the long-run. But this is just an ideological assertion: higher unemployment through a restrictive fiscal and monetary policy, which invariably results in higher unutilised capacity, discourages private investment and hence lowers the time-profile of employment. In fact, Blair’s assertion is on a par with the claim that employment is raised in the long run by giving tax concessions to capitalists to boost their post-tax profits, while taxing workers to restrict the fiscal deficit. Quite apart from their theoretical vacuity, there is not an iota of evidence to support either proposition.

A second reason adduced relates to the welfare of the class of workers, that workers are more comfortable with unemployment than with even low or moderate rates of inflation. Capitalist governments however scarcely bother about the welfare of workers; besides, it is not even clear that workers are more concerned with inflation that unemployment.  The threat of unemployment, hanging like a Damocles sword over their heads, generates among workers an immense insecurity that cannot be overestimated.

Some liberal economists however have advanced this argument. The well- known economist John Hicks, for instance, has tried to explain capitalist governments’ privileging of inflation-control over the reduction of unemployment (of which the Thatcher government in Britain was a major example), in terms of the preference of ordinary people (namely workers). But such explanations are too forced, even in their theoretical presumptions, to be convincing.

Increasing unemployment to control inflation thus demonstrates clearly and blatantly the subservience of capitalist governments’ policy to the interests of the hegemonic class. And it is not surprising that successive British governments from Thatcher to Blair, because of Britain’s ambition to keep London as the financial capital of Europe, have been most vocal about keeping the rate of inflation as low as possible.

The answer lies in the fact that the disjunction between the real and the financial sectors is carried to an unprecedented degree in capitalist economies in the era of hegemony of finance capital. The fact that while the real economies are saddled with mass unemployment and stagnation ever since the collapse of the housing bubble in the United States, even as stock markets around the world are doing well, is a reflection of this disjunction. This in turn is sustained by the fact that the bonanza for finance is not confined only to the surplus value that is produced in an economy.

The stock market is a place where it is not enterprise but speculation that flourishes, and the guiding motive is not so much income from the surplus value produced in an enterprise but the capital gains that can accrue from buying a financial asset today for sale at a higher price tomorrow. But then it would be asked: where does this gain that accrues from selling at a higher price tomorrow the financial asset bought today, come from? If it does not correspond to any produced surplus value then it must be fictitious, in which case one person’s gain must be another person’s loss. Even if a whole lot of persons gain from a chain of sales, somebody ultimately must lose an immense amount to counterbalance the gains of all these persons.

This certainly happens, but there are at least three ways that such losses of those who get caught when the market collapses, are socialised, i.e., do not remain confined only to the circle of stock market participants; and in such a case the participants as a whole gain. One is through the fact that the purchase of a financial asset is not necessarily financed out of the pockets of the buyer, but by borrowing; the collapse of the market therefore leads to numerous persons, who had directly or indirectly loaned to the purchaser of the financial asset, getting defrauded. The second is through the government coming to the rescue of the financial institutions through which such loans had been arranged, by using tax payers’ money; in this case the losses of the holders of financial assets when the market collapses, are borne by the ordinary tax-payer. The third is when such government support comes not from tax revenue but from selling government assets, in which case the market is sustained through the addition of new assets.

All these are instances of what Marx had called primitive accumulation of capital. The source of the bonanza in the first two cases is the squeezing of a mass of ordinary people to enrich the financial oligarchy, which is a clear case of primitive accumulation; and in the third case it is the appearance and commoditisation of new assets that puts wealth in private hands.

In other words, quite apart from the produced surplus value, there is an additional source of income for the financial oligarchy that comes from primitive accumulation of capital. For this reason unemployment is less important from the point of view of this oligarchy than inflation; and this is duly reflected in government policy which privileges the latter over the former.