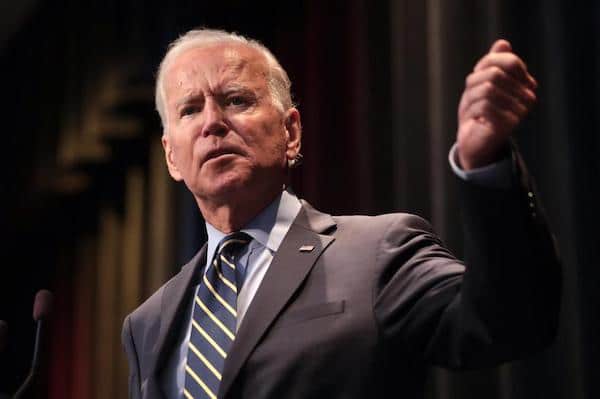 The White House readout of U.S. President Joe Biden’s conversation with Russian President Vladimir Putin on Saturday conveys the impression that its leitmotif was Washington’s threat of sanctions against Russia if it attacked Ukraine. But it is a hackneyed message that wouldn’t have taken more than a minute or two to convey. Yet, the conversation lasted “a bit over an hour.”

The Kremlin readout is still to be released, but Putin’s aide Yuri Ushakov gave a briefing to the media last night itself. Ushakov revealed that the conversation took place at an urgent U.S. request that was conveyed in writing and citing fears of an allegedly imminent “invasion” of Ukraine by Russia. The call was originally scheduled for Monday, but the Kremlin brought it forward.

As Ushakov put it,

The conversation came amid an atmosphere of unprecedented hysteria by U.S. officials over Russia’s supposedly imminent ‘invasion’ of Ukraine.

Indeed, the U.S. National Security Advisor Jake Sullivan had given a special briefing just the previous day where he made the famous apocalyptic prediction, which shook world capitals, that a Russian invasion of Ukraine “could begin during the Olympics, despite a lot of speculation that it would only happen after the Olympics.”

Ushakov said Putin took exception to such hysterical allegations, which, taken together with the massive quantities of military equipments pouring into Ukraine, would only serve one purpose, namely, “conditions are being created for possible provocative actions by the Ukrainian armed forces.” Putin also spoke about Kiev’s “destructive policies” to “sabotage” the Minsk Agreements and pointed out the West’s failure to put pressure on the Ukraine leadership.

However, the most interesting part of Ushakov’s briefing was that Biden’s reference to sanctions, etc. was actually not even the main part of the conversation. To quote Ushakov, “Joe Biden mentioned possible anti-Russian sanctions, which was expected, given the tense situation around Ukraine. At the same time, this issue was not at the centre of the fairly long conversation,” which, all in all was constructive and “businesslike.”

The two presidents agreed that Moscow will carefully study the views that Biden expressed and if possible, take them into account when working on a reaction to the documents on the U.S. and NATO’s positions.

Putin also informed Biden that Moscow had almost completed the “interagency consultations… on the possible steps and an announcement will be made in the near future. We will soon inform our partners and the public of our reaction.” This was while referring to the U.S. response to Russia’s demands for security guarantee.

Ushakov said Putin put in perspective the history of Russia’s relations with the U.S. and NATO, pointing out that in the 1990s, “we seemed to be friends, though even then, the policy that the U.S. and NATO pursued towards Russia was far from constructive.” However, since then NATO’s expansion continued and “the alliance came close to Russia’s borders.” As a result, the security situation has “dramatically deteriorated” and NATO expansion now concerns Russia’s security.

Ushakov said Biden in turn recalled that the American and Soviet leaders did everything in their power to avoid the disaster of a major conflict between the two countries, and although “our two great powers are still rivals now, they must do their best to maintain stability and ensure security throughout the world.”

Biden emphasised that it was necessary to do everything possible to avoid the worst case scenario in the current crisis around Ukraine. “The presidents agreed on further contacts at different levels on all the issues discussed by the phone today… As Joe Biden said, he wants interstate relations between Russia and the United States to be built on the foundation of mutual respect,” Ushakov said.

Overall, Ushakov’s briefing conveyed a positive drift. On its part, White House too has since followed up with a background press call highlighting that the discussion between the two presidents was “professional and substantive.” The briefing acknowledged that “the stakes of this are too high not to give Russia every chance to avoid an action that we believe would be catastrophic.”

Importantly, it eschewed the belligerence that Sullivan had showed just the previous day and his apocalyptic predictions. The senior U.S. official said Biden prefers “a mode of problem solving and finding solutions that are in our interest, the interest of our partners and Allies, and that can address at least some of the concerns that Russia has raised.”

The senior official admitted that the White House has no information whatsoever that Putin had taken a decision to attack Ukraine. He clarified:

We are basing this assessment on what we are seeing on the ground with our own eyes, which is a continued Russian build-up… beyond that, that, I don’t think we have any real insights to offer.

Plainly put, the White House has distanced itself from Sullivan’s fiery rhetoric and irresponsible allegations on Friday. Something seems amiss here. Of course, there is a long history of wheels within wheels in the U.S.-Russia relations where elements within the U.S. establishment plugged own agenda.

The infamous Steele Dossier during Hillary Clinton’s campaign against Donald Trump in the 2016 election is a case in point. By the way, Sullivan, as foreign policy advisor to Hillary Clinton was a key figure peddling the Trump-Russia “collusion” narrative. And, Hillary Clinton blames Putin personally for her defeat in 2016.

Can it be a coincidence that the British Defence Secretary Ben Wallace told Sunday Times today that there is “a whiff of Munich in the air”? The point is, although it is entirely conceivable that Europe will condemn Russia in the event of any military attack on Ukraine, it does not lend credence to the war hysteria in Washington.

In fact, French President Emmanuel Macron also spoke to Putin on Saturday and reports from Paris said later that they did not believe that Moscow “is preparing an offensive” against Ukraine. To be sure, there is also the gnawing doubt in the European mind about the consistency of U.S. policies amidst such acute polarisation in its domestic politics.

Interestingly, Politico reported on Friday–the same day as the release of the White House document “Indo-Pacific Strategy”–that the European Union and Chinese leaders are set to hold a virtual summit on April 1 after repeated delays, which is “a high-stakes diplomatic effort to calm the recently escalating trade and geopolitical tensions between the two… Many in the EU institutions have raised concern about too much focus on systemic rivalry with China in recent months, hoping to give the two other elements in EU-China relations—partnership and economic competition—more attention.”

Clearly, it is important to note such undercurrents hinting at growing unease about the U.S.’ transatlantic leadership and where all these cascading tensions, especially the haunting spectre of a war in the continent, are leading to at a time when Europe’s economies are struggling. Significantly, Ukrainian Foreign Minister Dmitry Kuleba revealed today that due to opposition from European countries, the delisting of Russia from the SWIFT international payment system is not being considered.

Ushakov’s account of the “constructive and business like” conversation between Putin and Biden does convey the impression that the latter too is conscious of the complexities of the current impasse and the urgent need to rein in the tensions with Russia.

Thus, the White House readout on Biden’s call with Ukraine President Volodymyr Zelensky earlier today steers clear of making any allegations of an imminent Russian invasion as such, in a marked departure from the U.S. pronouncements lately. Zelensky himself has been lately voicing frustration over the contrived war hysteria in Washington.