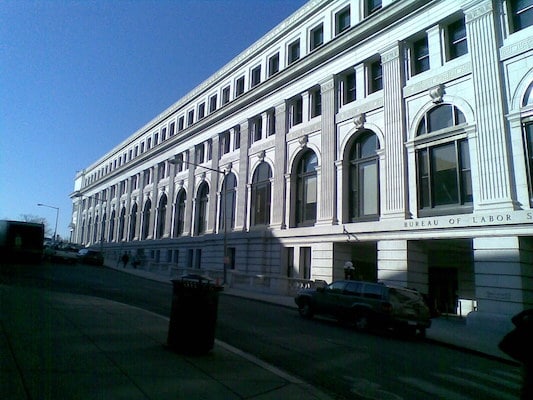 The Bureau of Labor Statistics (BLS) job report offered some surprises, especially in light of dire predictions about the Omicron crisis. At first glance the impact seemed slight. The official unemployment rate of 4% was up just a tenth of a point. And job totals from the survey of business and governmental establishments increased by 467,000. Most experts predicted smaller job additions, and the business services firm known as ADP even predicted a decline of 300,000 jobs. (ADP’s predictions are rarely on target.) 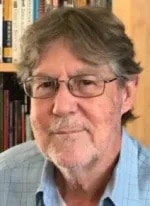 While the main official numbers were better than expected, there were plenty of negatives. Black unemployment was still twice as high as white unemployment: 6.9% against 3.4%. The Latino rate was good at 4.9% but the rates for disabled workers (9.1%), teen workers (10.9%) and the subset of black teen workers (20.7%) were very high.

Also, we at National Jobs for All Network (NJFAN) believe that the federal report systematically undercounts unemployment. So while the official overall unemployment rate was 4%, NJFAN calculates that the real rate was 9.4%. Our Full Count includes people who want jobs but have not recently searched and part-timers who want full-time work.

Are the January Numbers Solid?

While the addition of 467,000 workers is much better than expected for the Establishment totals,1 we might want to temper the optimism. The job numbers that the BLS received from its sample of business and government organizations showed that job totals actually fell by almost 3 million from December 2021 to January 2022. A shocker, right?  But not to the BLS. Something like this happens every year in January, due, in part, to such seasonal factors as layoffs for holiday workers and bad weather. The BLS tries to present long-range trends rather than seasonal dips and bumps that are predictable and not necessarily due to underlying weaknesses and strengths. So BLS experts applied a smoothing process to reflect those underlying trends rather than the typical January decline.

The formulas behind the standard seasonal adjustments must be more than my little brain can handle, so I am not even going to try. But the sheer size of the change–from a decline of 2,824,000 million in the seasonally unadjusted number, to an increase of 467,000 in the seasonally adjusted number–is unsettling. I won’t feel confident about the January report until the numbers for February and March come on the high side.2

Why Didn’t the Omicron Scourge Have an Impact?

It did. But not as much as expected. The overall job numbers were fairly good. And some sectors did pretty well. The leisure and hospitality group, which includes bars and restaurants, added 151,000 workers, and retail trade added 61,000. There were even 8,000 additional people employed in book and music stores.

The BLS report and other sources did, however, register the Omicron impact. For example, the BLS reported that six million people said they worked fewer hours or not at all due to the impact of the pandemic on business activity. For the period from December 29 through January 10, 8.8 million workers reported not working because they were sick or taking care of someone who was sick. That was triple the same statistic for early December. Some people in these categories–in particular those getting sick pay–turn up in the numbers as still employed. Thus the Omicron effect is muted.

Also, more workers stayed on the job than we might have predicted. More were vaccinated, more customers were willing to take chances than in past surges, and many employers continued to pressure their employees to keep working, even if they felt sick.

Perhaps, too, employers kept in mind that the Omicron wave would pass and that the “labor shortage” would continue. So they held on to their workers. The number of job vacancies has topped 10,000,000 every month from June through December of 2021. In 21 years, job openings have never been that high in any month. And worker quits, sometimes reflecting disgust with lousy jobs and confidence about finding a better position, are the highest they have been in their 21-year history–much higher than they were during the 2009-2014 slog out of the Great Recession.

Retired Disney CEO Bob Iger, known as an in-touch business leader, asked The New York Times’ Kara Swisher: “Why don’t these people want to work?” Swisher answered: “Because some jobs suck, and they’re sick of it.” It’s true. For now the era of “The Great Resignation,” “The Big Rethink,” and “The Labor Shortage” lives on.

Inflation is High and Harmful but the Alternative Could be Worse

The labor shortage may end this year if slower federal spending and tighter interest rates shove the economy into a recession. The recovery from the pandemic recession is far from complete, and we aren’t close to real full employment. Heavy federal spending and easy money  powered a quick come-back. They also fueled high levels of spending on goods. That contributed to inflation. A negative, high inflation was part of the mostly successful recovery program.

But will government policy now crash the economy because the experts cannot find a less painful way to restrain inflation and because people are prioritizing resentments and anxieties about inflation rather than fears about the higher unemployment that is lurking around the corner? Yes, inflation is painful, especially for low-income households. But 10 or 20% unemployment is much more painful. And for the record, real hourly wages for rank-and-file workers fell 1.3% over the last year. But in the last two months, the decline totaled one tenth of a percent.

Frank Stricker is on the Board and Executive Committee of the National Jobs for All Network and is a member of Democratic Socialists of America. He taught history and labor studies for 35 years at California State University, Dominguez Hills. His book, American Unemployment: Past, Present, and Future (2020), shows that excessive unemployment, not full employment, has been the rule for most of the last century and a half. And not because it had to be.