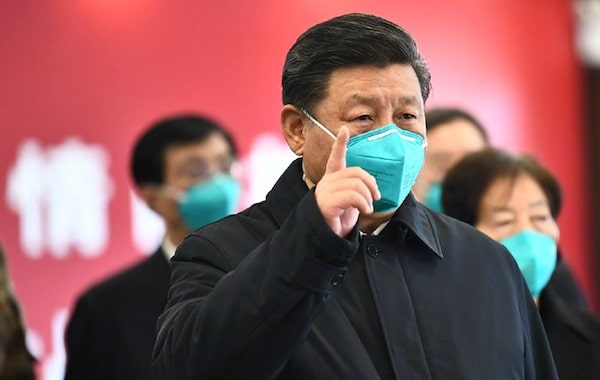 Arguably the best known contemporary proponent of Chinese exceptionalism in the English-language is Martin Jacques, best known for his 2009 bestseller When China Rules the World, a tour-de-force in the repackaging of orientalist tropes for the 21st-century. By framing China as a historically and culturally unique “civilisational-state,” Jacques has spent the past decade or so reinforcing the idea that China is so radically different from most other entities in world history that the only possible way to possibly understand it is through an unabashed cultural relativism. This has lead him to conclude that China’s ability to successfully stamp out successive outbreaks of COVID-19 has been due to its cultural superiority, more specifically its Confucian traditions.

If there is such a thing as Chinese exceptionalism, however, a much better way to understand it might be through the actual, identifiable practices of the state. And this may have much less to do with the ideas of the Great Sage than the more immediate revolutionary legacy out of which the People’s Republic of China emerged. Back in 2007, Harvard scholar Elizabeth Perry described the Chinese model as a unique blend of “revolutionary authoritarianism.” She argued China is difficult to compare to other countries, including the former Soviet Union and the East Asian developmental states, due to the specific legacies bestowed by Mao-era techniques of mass mobilisation that were developed and harnessed during the struggle for independence and the early attempts at state building in the PRC.

For better or worse, the most well-known of these include land reform and collectivisation (1950-57), the Great Leap Forward (1958-9) and the Cultural Revolution (1966-76), and to a lesser extent the Anti-Confucius Campaign (1974-5) and the Campaign against Capitalist Roaders (1976). But there were many targeted campaigns that nonetheless relied on the mobilisation of large groups of people to eradicate disease, improve public hygiene, expand basic health services, improve literacy, wage ideological and class struggles and nurture a “revolutionary culture”. As Wen-hui Tsai explains, these were conceived “at the top of a power structure” while simultaneously “encouraging and promoting active participation by the masses in collective action, for the purpose of supporting a particular leader, policy or program”. For Perry, it is the ways in which the mobilizational techniques used in these campaigns have been adapted and employed throughout the reform-era that lies at the “heart of Chinese exceptionalism.”

Perry was writing in the aftermath of the 2002-4 SARS epidemic and there are clear differences in how China managed this earlier crisis compared to COVID-19. But for the most part, the distinctions appear to be more a question of state capacity than anything else. Like Hu Jintao before him, at the beginning of February 2020 President Xi Jinping framed epidemic control as a “people’s war” against the virus, an explicit reference to the struggle for survival against Japan. Similarly, it has been referred to as a “total war” (zongtizhan, 总体战), a “war of annihilation” (jianmie zhan, 歼灭战) and, according to one research paper, a war between the virus and mankind. To many observers, this may seem unnecessarily militaristic and possibly even melodramatic. But the framing has more than a superficial resemblance to how China would respond in the event of an actual military invasion. Back in 2010, Beijing introduced the National Defence Mobilisation Law, a wide-ranging set of prescriptions aimed at integrating the civil-military nexus into one cohesive whole, allowing for the rapid mobilisation of social, economic, civilian and military resources in the face of a crisis or outright conflict. The result, according to researchers at the Institute for the Study of War, has been to institutionalise the capacity of the state to engage in rapid, large-scale mobilisations in response to all kinds of threats. Official white papers for national defence in 2015 and 2019, as well as the 13th and 14th Five-Year Plans, underwrite this renewed emphasis on enhancing China’s large-scale mobilizational capacity.

This architecture has been fully unleashed since the beginning of the pandemic through a combination of centre-led “steerage,” grassroots participation and a society-wide approach to epidemic control. While the topdown manner of the strategy has been guided through the Central Leading Small Group for COVID-19, China’s distinctive neighbourhood committee system means communities at the grassroots have been mobilised nationwide since January 2020. The critical role of the latter in epidemic management cannot be understated, with state-media outlet Global Times describing them as the “vanguard” of virus control. Operating at a hyper-local level, neighbourhood committees are responsible for the day-to-day tasks that mitigate the virus’ spread: checking temperatures and travel codes in residential areas, educating local populations about new regulations, and enforcing them when necessary. The role of the system, introduced when the Communists came to power after 1949 and modelled on a much older one, languished during the early decades of reform. But it was given a reboot and heavily invested in as part of the “neighbourhood community building” (shequ jianshe, 邻里社区建设) program in the 2000s and has since become, in the words of Benjamin Read, the “root” of the Chinese state.

Another distinctive feature of China’s response to COVID-19 has been the use of militias (mínbīng, 民兵) by the People’s Liberation Army. Described by Elsa Kania and Ian Burns McCaslin as evidence of the “enduring relevance” of the “people’s war” tradition, these reserve forces can rapidly be deployed to assist the PLA in a wide range of combat and other operations, from logistics and emergency response to cyber warfare and naval missions. At the height of the pandemic in Wuhan, the PLA mobilised hundreds of thousands across China to guarantee supply chains, disinfect public spaces, mitigate the spread of the virus and boost the manufacturing and distribution of medical equipment. Equally important is the role of Party cells within and across the entire Chinese social order, from neighbourhoods and private businesses to many other economic and social organisations. Once activated through the nomenklatura system, in which each level of authority in a hierarchy executes orders issued from directly above it, the Party cells have been able to mobilise their respective units to meet and guarantee the demands of the centre whenever an outbreak has occurred. Their penetration throughout the social order, intensified over the past decade, has also had the crucial effect of enabling the system to overcome its long-term problem of bureaucratic fragmentation and inertia in its COVID response.

Finally, a considerable literature exists on how Chinese SOEs often serve political and social goals over strictly economic ones. This has made them powerful instruments in funnelling and allocating resources when and wherever has been needed throughout the pandemic, from medical supplies and manpower to the development of critical infrastructure such as the hospitals built at record speed in Wuhan. While many of the neighbourhood committees discussed above are staffed by local residents, a combination of volunteers, paid staff and retirees from SOEs have also been mobilised since January 2020 to make up for any shortages. In recent years, SOEs have been merged into larger and more powerful entities with the stated aim of boosting performance and economic competitiveness. While the West cries foul and accuses China of unfair practices, in light of their performance throughout the pandemic Beijing is doubling down on making SOEs “stronger, better and bigger”. Without them, it is difficult to imagine China’s mobilizational capacity being so effective. Strengthening SOEs is likely to feed into the state’s overall capacity to respond to threats, military or otherwise, by mobilising and directing human and non-human resources towards specific targets.

The language of people’s war in China’s pandemic response, so central to its revolutionary experience, may raise more than a few eyebrows in some quarters. But at the end of January 2020, the entire country quite literally went on a war footing. A set of directives issued in Wuhan at the time, for example, commanded local authorities to adopt the strictest possible “war-time” measures. When Beijing framed the virus as a people’s war, it was no linguistic sleight-of-hand but rather a precise descriptor of its national security state mobilising into action. There are many examples of China’s COVID-19 strategy that are clearly transferrable to other contexts, including the nitty gritty of epidemic management: mass-tests, contact tracing, quarantines, social distancing, masks and other forms of public hygiene, limits on public gatherings and so on. But there are nonetheless clear and fundamental idiosyncrasies, and it is difficult to imagine how the increasingly institutionalised mobilizational capacity of the Chinese state is replicable to other contexts. Only through a serious investigation into the lineages between the revolutionary and reform eras, as opposed to antiquated cultural explanations, can we begin to make sense of the distinct characteristics driving China’s pandemic response as well as those of the Chinese political system more broadly.

Daniel Alan Bey is a graduate student based in Suzhou, China, where he studies contemporary China Studies. He has nearly a decade of experience working as a journalist in Indonesia, Germany, Ecuador, the UK and China.