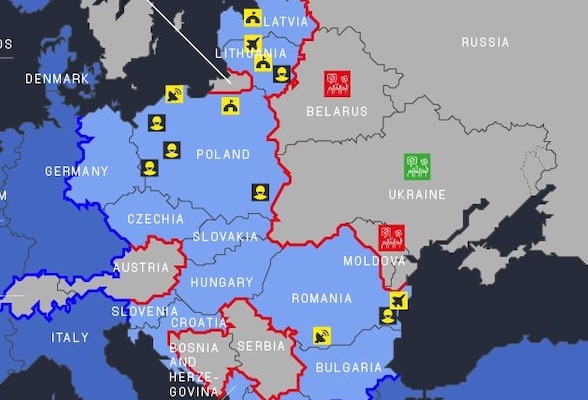 Russia and the West© Photo: SCF

Despite promises made to Gorbachev at the end of the Cold War, NATO has incorporated almost all of former Soviet allies establishing its military facilities along Russia’s border. NATO forces have encircled the Russian enclave of Kaliningrad, home to Russia’s only ice-free port on the Baltic Sea. In addititon, the West has instigated “color revolutions” in the former Soviet republics targeting Russia-friendly regimes. Still, the West refuses to recognize Russia’s security concerns as legitimate. 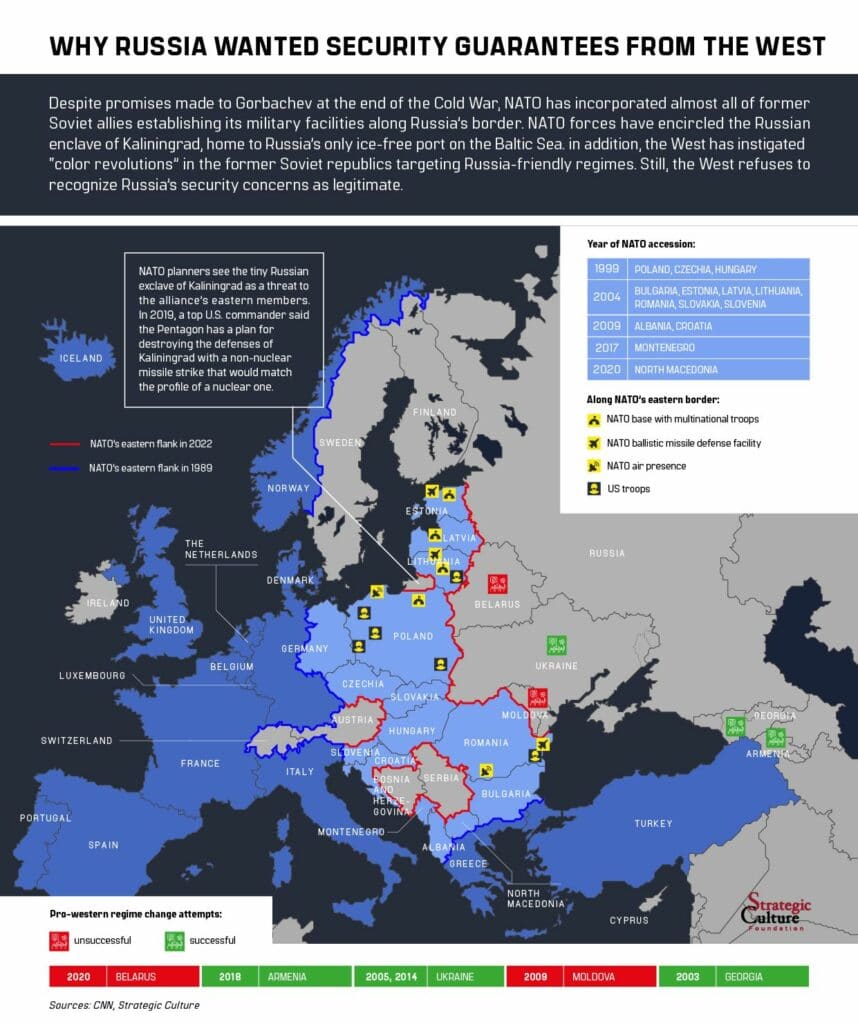