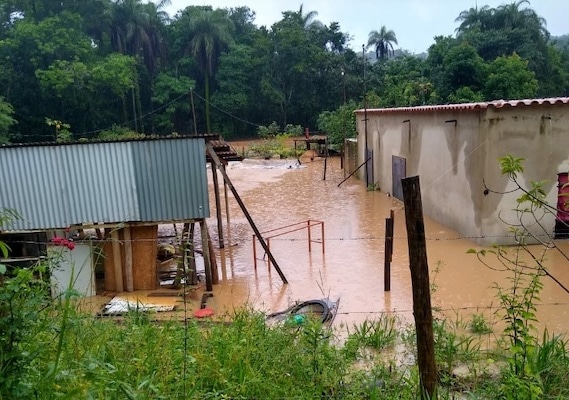 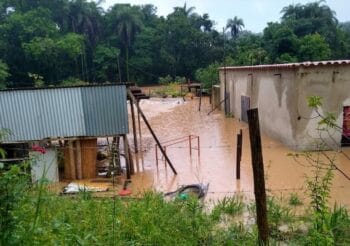 From the intense heat in Rio Grande do Sul to the record floods in the South of Bahia and the North of Minas Gerais, it is possible to observe today in Brazil a scenario that is likely to repeat itself worldwide this year: the impacts of global warming on the Earth.

The planet has recorded warming of 1.1 degree Celsius above the temperatures of the last century. Applied to our reality, these dangerous climate changes are already present as a harsh reality that needs to be recognized. Within the current capitalist system, the most vulnerable are the first to suffer from the consequences of unbridled and irrational consumption.

To understand a little more about these actions and the possible ways to survive in the face of a planet that asks for help, check out the interview with Marcio Astrini, Executive Secretary of the Climate Observatory, a network of 68 Brazilian civil society organizations.

We have been following in the last period the catastrophic results of the heavy rains in Bahia and, more recently, in Minas Gerais. In Rio Grande do Sul, the state has suffered from a strong drought, and thermometers above 40 degrees. How are these cases interconnected? 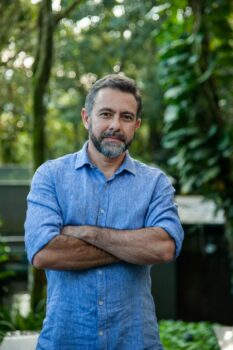 Marcio Astrini: It’s not only these. Last year we had floods in China, in Belgium, in Germany, with hundreds of deaths; we had very high temperatures in the United States; in California we had a record high temperature never seen on planet Earth since 1930, with 54.4ºC, other records as well;

So I would say that there are two main themes that tie all these situations together. The first one that we’re living through we call extreme weather, or extreme climate events, which is when we go outside the normal climate behavior that we’re used to on the planet. These are very high or very low temperatures, or very prolonged and intense drought periods, or rainy periods where there is too much precipitation in a short period of time. Obviously, the structures of the cities, the resilience that we have built for agriculture, for example, are not prepared for such extreme weather or climate variations, and we end up suffering from these situations when they occur.

Climate change does exactly that, these situations, which cause this stress on human adaptation, on the infrastructure of life that we have created on Earth. And these events end up occurring more frequently, or more prolonged, or more severely.

From the social, or more tangible, point of view, there is the question of who really suffers. The most impacted will be the most vulnerable and poorest populations, or the poorest countries, in a broader conception. These are countries that will lose the ability to manage food for their population, impacted in their structures, such as ports, airports, means of transportation, even condemning certain areas to isolation. Countries that are going to disappear because of the rise in sea level. So the ones who will suffer from these events are the poorest populations. In the end, the translation of climate change for the world is the increase in social inequalities. 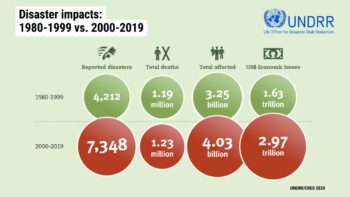 When we see floods in Bahia or in Minas, the common image is of people who already live in a very difficult situation, already vulnerable, losing the little that they have, when they don’t lose their lives. These are always the populations most impacted. Climate change will affect everyone, but not equally.

Still on the results of these environmental crises, are they inevitable accidents? What factors contribute to this damage?

MA: There are impacts that are going to occur anyway, because the planet is already 1.1 ºC warmer and it is going to get even more 1.5 ºC warmer no matter what we do, because what we have already emitted of carbon and other gases into the atmosphere will inevitably lead to the warming of the planet by 1.4 to 1.6 ºC.

According to the last report of the IPCC, the UN’s intergovernmental panel of scientists, for this inevitable scenario, what we can do is an adaptation effort, mainly in these places or for these populations that are in a situation of vulnerability. In other words, people who are in areas at risk of flooding, extreme drought, or landslide areas need to be directly assisted by the State, by the governments, so that they can be relocated or for the development of infrastructure works, so that these populations are not left alone, helpless, facing these climate changes and left to their own devices. Because if this happens, scenes that we are seeing now in Bahia will repeat themselves, even in more disastrous situations than what happened there. 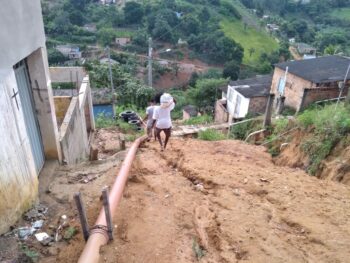 Governments and states around the world need to assist and adapt or provide infrastructure so that the hardest hit populations can adapt and have reduced impact on the planet, which is already changing, and will change even more.

The second mission is to stop warming the planet. Because if it doesn’t stop, the need for adaptation will grow more and more, but there is also a limit to how much we will be able to adapt. At 1.5 ºC you are already going to have a lot of damage, but the level of adaptation is still possible. But above 2 ºC we don’t know if it is possible to adapt to certain points on the planet.

I’ll give you an example: the semi-arid region of the Northeast, in a circumstance of warming of about 3 or 4 ºC, will suffer such prolonged and severe periods of drought that it will lose the capacity to produce food in many of these areas. This impact is not adaptable you lose; the families that live there, mostly family farming, small farmers, will no longer be able to produce. And, sometimes, that food production is what sustains a community, a city, and what about this producer? He will have to migrate to large urban centers, stressing the public services that are already so necessary in these spaces and that are not offered to the population. 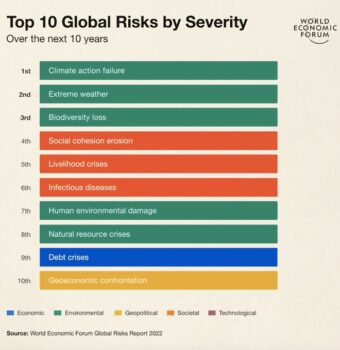 Housing, sanitation, education, health, employment, how are you going to deal with this mass that is going to migrate to the urban centers? What about the lack of food that this will generate? Who will be most impacted by the lack of food in a country like ours?

There comes a time when adaptation is no longer enough, so we have to play this double game: adapt to a scenario that we already know is going to happen, but prevent this scenario from getting worse. And what we have noticed is that it is getting worse, because the measures are not being adopted, the planet’s warming is not being slowed down, the emission of greenhouse gases is not being stopped, and we are warming the planet.

What about the future, what are the prospects and what needs to be done to prevent more disasters from happening from now on?

MA:  What we need to do in a country like ours is to look at the climate issue as something absolutely essential. Brazil is a climate-dependent country; a good part of our economy, be it the local economy, from small productions, from family production to the large agricultural productions in Brazil, depends on climate regularity. And this sector is a very big slice of our economy.

So, if we have climate instability, we are going to mess with the lives of these people, this whole sector is going to suffer drastic changes. We already see annual reports saying that crop losses due to extremes, especially in the south of the country, which is now being hit by a heat wave and intense drought. Brazil has to pay a lot of attention to this climate issue.

A good part of the electric energy in Brazil also depends on the climatic activity, because it is supplied to us through hydroelectric plants, which need constant rainfall with a certain balance. If it rains a lot, it is no use either, because the reservoirs don’t have the capacity to store rain that falls all at once and not in a regular way. Then there will be a lack of power generation capacity, which is essential for the development of a country, and this impacts not only the country’s economy, but also the lives of all of us; it even impacts directly on the electricity bill. Our country is very susceptible and highly damaged by the issue of climate change. 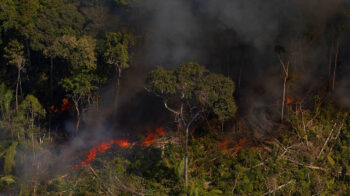 Aerial image of a wildfire near the Jacundá Flona, in Rondônia. (Photo Bruno Kelly/Amazônia Real)

In general, the world needs to end fossil fuels and deforestation. Our big problem is in this area, and we need to eliminate deforestation, even because it makes no sense from the economic or social point of view, it only brings damage to the country. It is, until today, practiced by a group of criminals, who even have the president of the republic and the current government as their representatives, and they have fun with environmental crimes, backed up by the figure of the president.

What the planet needs to do is already clear, it is mapped out which technologies need to be substituted, what needs to be done, which fuels need to be discarded, substituted. It is also clear what we need to stop doing, which is the case of deforestation.

These technologies exist, but what we don’t have so far is enough initiative and political will to make things happen. And these actions are going to depend a lot on the pressure of the people, the press, the governments, and on us having qualified governments that actually do what needs to be done.

In our case, for the climate issue, an essential action is to change the current government. With this government, Brazil will continue to play against what needs to be done, because it is a problem for the current climate agenda and will not deliver any solution.