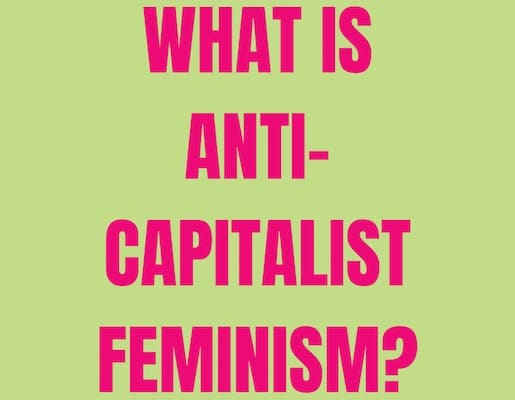 If you were a woman on the internet in the early 2000s, you pretty much couldn’t go a day without coming across one of these terms–hether it was the latest success story of a woman-led Fortune 500 company or the newest think piece detailing why the #girlboss model was the way of the future for women everywhere.

At the core of all these stories was one simple premise: if you tried hard enough, you too could win at capitalism while still being a good feminist–because achieving power and climbing the ranks of the corporate ladder was essential to the fight for equality.

Of course the truth is a lot more complicated than that. A closer look at many of the organisations promoting this particular brand of feminism has since revealed toxic work cultures within which visions of female empowerment did not seem to include the women working for them–in addition to casually facilitating the demise of a democracy for profit.

So how did we get here and, in the post-girlboss era, what exactly are we left with?

LIBERAL FEMINISM, OR, HOW YOU TOO CAN OVERCOME SEXISM IF YOU PLAY BY THE RULES

Ignore the 2010s allure of it all and this model of women’s empowerment is really just a rebranding of liberal feminism which believes in reforming current systems to achieve equal rights and opportunities to men.

To liberal feminists, the main cause of gender inequality is the stereotypes that people use to judge women and pursuing social and legislative reform is the best way to ensure that women can finally be judged individually and on their own merits in the same way men are. Within a capitalist system, that means having the opportunity to pursue professional success and accrue power in the same way men before them have.

For the Sophia Amorusos and Sheryl Sanbergs of the world, their ability to achieve power and wealth is tantamount to a win for women everywhere, with the success of women entrepreneurs and executives being represented as bringing all women one step closer to gender equality.

Where this whole idea goes wrong is that it ignores the very nature of capitalism and how it necessitates winners and losers in order to function. A system like capitalism needs a majority of people at the bottom of the ladder so that the select few can rise to the top. Amoruso’s clothing empire doesn’t exist without relying on exploitative labour and Sandberg’s climb up the corporate ladder is only feasible if you can afford to pay other people to take care of aspects of your life like childcare.

And that’s not even touching on the fact that this form of women’s empowerment only functions if you are as close as possible to the cis-het, white male ideal at its centre. For women of colour, trans women or gender-diverse people, making capitalism ‘work for you’ is a whole lot harder, if even possible at all.

Given all of this, it’s no surprise that some feminists have been advocating for a radical alternative to capitalist systems.

WE SHOULD ALL BE ANTI-CAPITALISTS

The concept of feminist anti-capitalism has been slowly gaining traction over the past few years–but that doesn’t mean the idea itself is anything new.

Women have always played an integral role in labour struggles and, in a lot of ways, that fight has been deeply tied to the development of feminism itself. International Women’s Day, for example, first started as a commemoration of the 15,000 women who took to the streets of New York in 1908 to strike against their exploitative working conditions.

Many of the terms that are now central to the fight for gender equality first had their roots in the labour movement, with phrases like care work and emotional labour arising out of the Wages for Housework movement which highlighted the essential role women played in society through their domestic work. The concept of identity politics itself can be traced back to socialist thinking through the work of the Combahee River Collective, a group of Black lesbian thinkers and organisers who sought to validate Black women’s experiences in society and create opportunities for them to be more politically active on the issues that affected them.

If we believe in the core idea of feminism as being about achieving equality for all within an ongoing struggle to decentralise power and dismantle the hierarchies of power that oppress women, then that also includes considerations of class–which is of course more often than not deeply tied to race, sexuality, gender identity and disability. None of that sits comfortably with capitalism, whose logic will always lead to the devaluing of women’s labour, the prioritising of capital over human life and the environment and further entrench inequality in the name of concentrating power in the hands of the few.

But what would an anti-capitalist feminist world look like in practice? And how would we even get there when capitalist structures are so entrenched in every aspect of everyday life?

If you’re interested in finding out more, join us for the second session of IWDA’s Troublemakers webinar series, The Trouble with Capitalism–A Case for Anti-Capitalist Feminism, where we’ll be joined by Kate Lappin, Regional Secretary for Public Services International Asia Pacific, and Bangladeshi writer, researcher and activist Sanam Amin to explore why capitalism has no place in feminism and what a post-capitalist world could look like.

In the meantime, we’ve compiled a list of books, articles, podcast episodes and even movies and TV shows that you can dive into while waiting for March 9th: