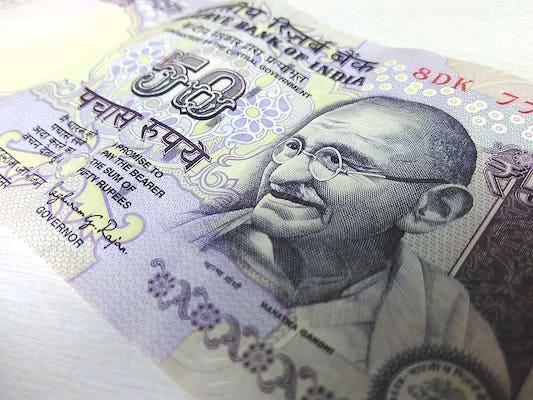 BEFORE joining the neo-liberal order, India used to have “rupee payment arrangements” with the Soviet Union and Eastern European socialist countries under which the main international reserve currency, the U.S. dollar, was used neither for settling transactions nor even as the unit of account in terms of which the trade-related transactions were denominated. The dollar in short was used neither as the means of circulation, nor even as the unit of account under these “rupee payment arrangements”. Instead, bilateral trade was denoted in terms of Indian rupees (or Russian roubles whose exchange rate against the rupee was fixed); and the balances in trade that got built up in favour of one country against the other were not immediately settled. Further, even into the settlement of these balances, the dollar did not enter; they got carried over and were bilaterally settled over a period of time. The whole idea was to ensure that neither country’s export to the other was constrained by the absence of dollars with the latter. This means that the trade that occurred through this arrangement would not have occurred otherwise, so that the “rupee payment arrangement” was “trade creating”.

It was an eminently sensible arrangement. If country A has goods that country B needs, and vice-versa, then it seems absurd that each of them remains deprived of this mutually-beneficially exchange, simply because each has not made enough exports to country C to earn enough dollars; that is, they do not have enough dollars through exports to the metropolis or to countries from which they can obtain dollars.

Neo-liberal economists however were opposed to all such arrangements, as they took international trade outside the domain of the dollar. These economists argued vigorously that such arrangements caused not “trade creation” but “trade diversion”. In their view the argument that in the absence of such arrangements trade would have remained restricted, was incorrect. Put differently, the dollar earnings of both the trading partners entering into such an arrangement were supposed by the neo-liberal economists to have been constrained from the supply side, but not from the demand side; namely by the fact that they did not have enough goods, released from domestic absorption, to sell in the international market, rather than by insufficient demand for their goods in the dollar-area market. This debate however ceased to have any practical relevance after the collapse of the Soviet Union and Eastern European socialism and India’s embracing neo-liberalism shortly afterwards. Neo-liberalism is totally opposed to all such arrangements and insists on a “unified” exchange rate. It favours one price in one market including in the foreign exchange market; accordingly, it put an end to all such arrangements anyway.

Of late however with the imposition of sanctions against countries that defy the dictates of the Western powers, such bilateral trade agreements have once again appeared on the scene as a way of by-passing such sanctions. The sanctions imposed against Iran led to their revival as Iran entered into such arrangements with some countries; and now with severe sanctions being imposed on Russia in the wake of the Russian invasion of Ukraine they are likely to assume a pervasiveness that they never had earlier. Putin’s warning that the U.S. and the western powers did not constitute the entire world but only a small part of it, suggests that if pushed into a corner Russia will enter into bilateral trade agreements with a large number of countries to beat western sanctions.

The most significant part of the sanctions that have been imposed so far relates to the cordoning off of Russian banks and other financial institutions from the western world’s financial network, of which delinking the Russian banks from the SWIFT network is the most obvious feature. What this means is blocking Russia’s access to dollars that it would have earned from exports or would have obtained through financial inflows. Deprived of U.S. dollars, Russia obviously cannot acquire the imports it needs; it would perforce have to obtain them through some arrangement that does not involve paying for them through dollars. And this is where the bilateral trade agreements come in. India too is likely to enter into such an arrangement with Russia that would be reminiscent of the earlier agreement it had with the Soviet Union.

To what extent such arrangements can bolster Russia’s capacity to withstand western sanctions remains to be seen. The discussion around this typically cites the sanctions-caused deaths of thousands of people in Venezuela and Iran owing to the lack of imported medicines. A humanitarian case against sanctions is made on this basis to the effect that there is no need to make so many common people suffer because of objections to the actions of the government that rules over them, and in the current case because of the actions of one person, namely, Vladimir Putin. But, drawing a parallel between Russia on the one hand and Iran or Venezuela on the other is not valid. As Putin himself has underscored, Russia is a large country capable of producing most of the goods that it needs; besides it can always import what it needs, but cannot produce, by entering into bilateral agreements with other non-western countries. Indeed it is too important a player on the world stage to have countries, other than the western metropolitan ones, turning their backs upon it. It is in short both a powerful economy and has many friends across the world.

This contradiction in turn arises from another basic one: the economic arrangement that constitutes the current international order is “sold” to countries as being a rational one; the argument advanced in favour of it focuses on its economic desirability. But in fact it is an arrangement meant to buttress the power of imperialism and is used against countries that incur the wrath of imperialism for non-economic reasons. Whether Ukraine should be a member of NATO is a matter that falls outside the domain of economics proper as defined by the international order itself. When imperialism intervenes through the imposition of sanctions in the operation of the international economic order on issues that themselves have nothing to do with this order, it exposes the vacuity of the economic arguments advanced in its favour and shows its true character as an imperialist construct. Countries that come into conflict vis-à-vis imperialism on issues involving NATO, or other questions of security or foreign policy, that are of great importance to them, find themselves being economically victimised under the existing order. The inevitable result is a revolt by them against the prevailing international economic order.

What we are seeing today therefore is a fall-out of the contradictions of the international economic order. In particular it demonstrates the dead-end into which neo-liberalism has run. This produces the current conjuncture whose manifestation on the one hand is a protracted crisis in the world economy, and on the other hand a challenge to the hegemony of the U.S. which appears in a refracted form in the Russia-Ukraine conflict.