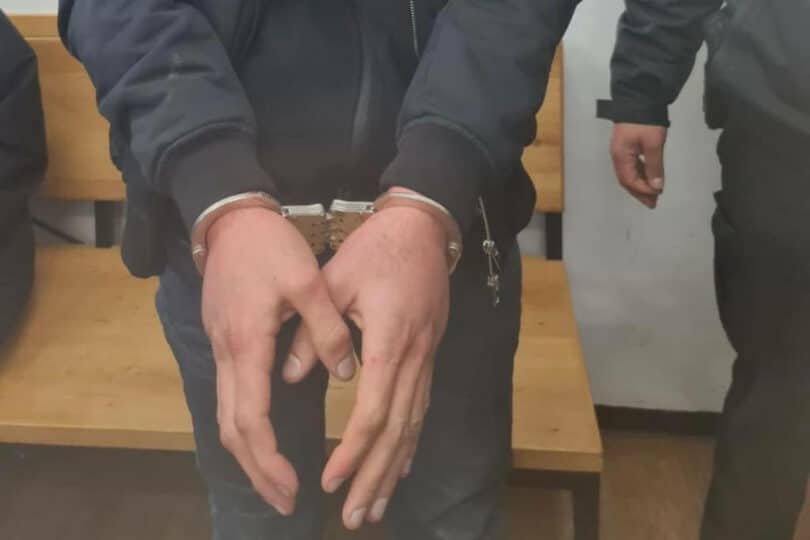 Being a Palestinian child in Israel with so many questions wasn’t easy for non-political parents like mine. My questions had partial answers which were always failed attempts to keep me away from politics. My first encounter with the police was when I saw a policeman assaulting an Arab man in the street.  It didn’t make any sense to me then, and was left open to interpretation. I grew up wondering–isn’t the police supposed to protect me instead of intimidating me?

My confusion grew even deeper once when the threat faced from police became a gun, hunting everything Palestinian and Arab. I used to work at the Mossawa Center where we helped families in cases where police killed their family members. I worked on at least 11 cases of this kind every year: 11 souls killed by the police, 11 files closed by the police department’s own investigation.

As a Ph.D. student and a human rights activist, you try to learn and respect the law as much as possible. You speak up when needed, peacefully protest and defend those who are oppressed more than yourself. This kind of false academic distance makes you think you are different from other people living around you, that you are all covered and protected, at least physically. Until the injustice affects you and your family. When the guns, the fists, the tasers and batons are all directed to your brother’s body.

My phone rings on the 27th of February; I answer it to hear my mom crying, something has happened to my 26-year-old brother, he got arrested in Jerusalem. They found a knife with him; she said he was being accused of attempting a terrorist attack. How would my brother, who is an ambulance driver and knows about politics as much as I know about astronomy get arrested for something like this? A thousand scenarios come to my mind, but none of them includes Ali stabbing anyone.

I contacted the police station, where they kept him for hours without telling him his rights or suggesting he calls a lawyer. They ask me to drive to Jerusalem immediately, refusing to tell me the reason; later on, when a lawyer friend contacts my brother, we understand that the police have physically abused him. He was not in a state to talk to a lawyer or get any legal advice.

In a room with two Arab police officers, I tried hard to focus on the questions they asked for the sake of the investigation; it was challenging to do so when your brother was screaming like a slaughtered animal in the next room. All my questions regarding what was happening were ignored; the two police officers continued to ask me if my brother had any political or religious agenda. In court, we discover that seven policemen smashed my brother’s face, he was dragged to the ground, sprayed with tear gas and shocked with a taser all because he bought a decorated knife from the market, put it in his bag and kept the receipt with him in case he got asked to present it. The police found the knife when they asked him to show his ID for no particular reason, then conducted a full search on him next to Al Aqsa mosque where he was headed to pray.

The Quran in his bag and the decorated knife were presented as evidence in court. My scared brother has never faced such a situation in his life. He started to ask “God to rescue him” while a police officer was strangling him and he thought he was going to die. The police officer put his massive hand around his neck for several minutes “to calm him down,” then released him and did it again. My brother’s words of prayer were also presented as evidence against him in court. Being a Palestinian Muslim was the accusation. Still, it was written and presented in different words.

It took us one hell of a lawyer to get my brother out that day, and a police prosecutor who failed to answer four questions in court: was the knife in the hand of the accused in an attempt to attack someone when the police found him? Who initiated the attack, the accused or the police? How many police officers jumped on the accused’s body to arrest him (applying reasonable power)? Can the police present the videotape of the accident to the judge?

It was the end of the day, which happened to be the al-Isra wal-Miraj holiday, we walked in the streets of Jerusalem towards lawyer Mohamad Mahmoud’s office in the heart of the Sheikh Jarrah neighborhood. I was relieved my brother was still alive, despite knowing he would have to deal with the continuous trauma of that day. It was obvious from the way he walked and surveyed the area how scared he was of being retaken by the police.

Even though it was the end of the day for my family and me, our lawyer’s day was just beginning; ten new arrests were waiting for him, including minors who were attacked and taken to prison by the Israeli police for joining the holiday celebrations that day.