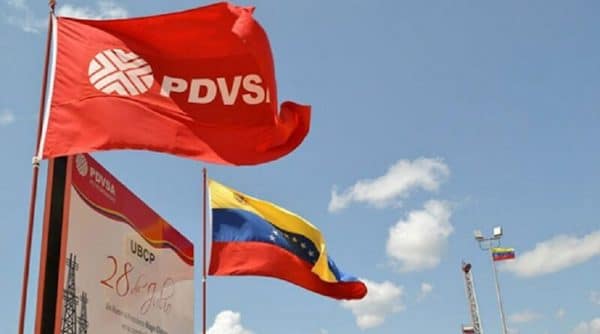 PDVSA flag next to Venezuelan flag near a PDVSA facility. File photo.

The government of the Bolivarian Republic of Venezuela maintained its willingness to resume its oil trade with countries such as the United States, and even those that belong to the European Union, but it has clearly outlined the diplomatic and political conditions necessary for any exchange to take place.

Venezuela’s position was reiterated by its Minister for Foreign Affairs, Félix Plasencia, within the framework of the Antalya Diplomatic Forum, in the Republic of Turkey. This international meeting of diplomats coincides with the energy crisis facing North America and Europe, due to the economic blockade they have imposed on Russia amid the military conflict in Ukraine.

“If they accept that the only and legitimate government of Venezuela is the one led by President Nicolás Maduro, U.S. and European oil companies are welcome,” said Plasencia.

Similarly, he recalled that Venezuela has maintained a hydrocarbons exchange with the United States for over 100 years. “We did not put them out of business,” said Plasencia. “They left and imposed illegal sanctions. Now they want to come back.”

Although the White House and its European friends insist on recognizing former parliamentarian Juan Guaidó as the “interim president” of Venezuela, when U.S. delegates travelled to Miraflores Palace to meet with President Maduro on Saturday, March 7, this demonstrated who actually holds the reins of power in matters of national importance.

As part of the Antalya Diplomatic Forum, Foreign Minister Félix Plasencia held a meeting—upon his request—with the high representative of the European Union for foreign affairs, Josep Borrell. Both delegations addressed issues related to the situation in Ukraine and its impact on the world stage.

Minister Plasencia reiterated that the Bolivarian Republic of Venezuela currently produces one million barrels of oil per day, but the projection is to increase this figure to two million by the end of 2022. In this context he thanked the support of partners such as China, Iran, and Russia.

In addition, Venezuela’s foreign affairs minister repeated the Venezuelan government and people’s condemnation of the “unacceptable and violating” illegal coercive measures imposed by Washington and the European Union upon Venezuela that prevented, by the United States’ own will, a harmonious continuation of the oil trade.