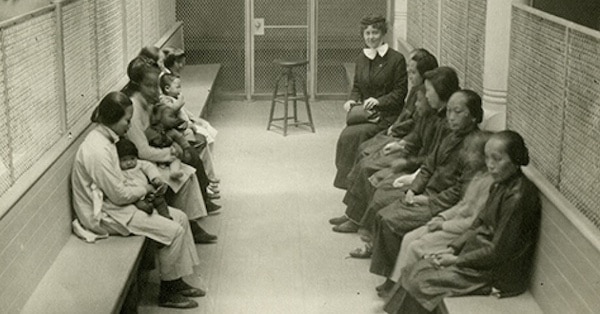 Last April, the Toronto Star ran a hit piece on Bill Yee, a retired provincial court judge and a member of BC’s Chinese-Canadian Community Advisory Committee. Yee had stated in an interview on A-1, a Toronto-based Cantonese radio station, that the Canadian response to the Uyghur situation in China is not based on facts.

The polemic–complete with a giant, looming photo of Yee–was alarming in its clear intent to smear an individual for his opinion. Authors Joanna Chiu and Jeremy Nuttall argued that Yee is unqualified to hold his employment position due to his skepticism towards the highly questionable claims of Uyghur genocide. Cherie Wong, one of the individuals interviewed for the piece and the Executive Director of Alliance Canada Hong Kong, directly accused Yee of “repeating the same talking points” as the Communist Party of China. Chiu and Nuttall even pulled out a quote from 1993 in which Yee suggested there may be another “perspective” to the Tiananmen Square protests.

This story was similar to the case of Sami al-Arian, a Palestinian-American computer engineering professor who was indicted in February, 2003 on seventeen counts under the U.S. Patriot Act. Al-Arian worked for decades to promote dialogue between the West and the Middle East, particularly on the plight of the Palestinians, and was interviewed on The O’Reilly Factor under the ruse of discussing Arab-American reactions to the September 11 attacks. Bill O’Reilly confronted Al-Arian about comments against Israel which he had made 13 years prior, accused him of “jihadism” and calling for the CIA to shadow him. The fallout from this included death threats to Al-Arian and his 2003 indictment and subsequent 10 years of house arrest. While the charges were dropped, he was deported to Turkey in 2015.

Within days of Chiu and Nuttall’s hit piece, Bill Yee received so much negative fallout that he announced he would not seek reappointment to the Advisory Committee. A pressure campaign led by 13 prominent Chinese-Canadian activists called to have Yee removed from the board of the Chinese Canadian Museum. The group, which seems intent on Yee’s complete banishment and joblessness, argues that such appointees must have a “track record of allegiance to Canada, upholding Canadian values of human rights and justice, providing independent opinion on community issues rather than becoming a mouth-piece for a foreign regime.”

Appeals to “Canadian values” and pearl-clutching over “foreign influence” are notions that have become increasingly normalized in this new Cold War against China. This is similar to the 1950s McCarthyite era when academics and cultural workers lost their livelihood or were exiled over perceived associations with communism and against “American values.”

The West has always had a complicated relationship with China. Who can forget the exploited Chinese labourers who built the first transcontinental railroads in North America? Or the Chinese Exclusion Act which banned Chinese immigration? The relationship has long been an unequal one in which China is a piece of land to be divided and conquered and its people a perennial source of cheap labour and cheaper goods.

As China grew after the 1949 revolution from an impoverished and colonized country into an economic and political power, Western imperialism determined that something would have to be done to put it back in its place. This manifested in many ways including weaponizing human rights discourse (with respect to Hong Kong, Tibet, Xinjiang and Taiwan) as well as intensifying construction of U.S. and allied military bases around the Chinese mainland (the “Pivot to Asia”). After Huawei did the unspeakable and breached unilateral U.S. sanctions against Iran, Canada stepped in and helped Trump illegally arrest its Chief Financial Officer Meng Wanzhou. All along there have been explicit and implied allegations and insinuations of China as being inherently untrustworthy, “rogue” and breaching “rules-based” societies.

Just as 9/11 turbocharged Western Islamophobia, the COVID-19 pandemic triggered a tsunami of anti-China propaganda and vitriol which was always quietly simmering beneath the surface of polite Western society. The current torrent of hate and prejudice has not just targeted the Communist Party of China but has had far-reaching effects on random Chinese-passing East and Southeast Asian people in Western countries.

As early as March 2020, members of the Chinese diaspora reported attacks and verbal assaults about “going back to China” in the streets of U.S. and Canadian cities. One woman in New York had acid thrown on her face while taking out the trash. Countless others were accused of causing the virus, being “CCP agents” or “evil” communists. Some were spat or coughed on, and Asian shop owners reported instances of violence and racist comments from customers.

This state-backed hate campaign against everything Chinese swelled to a fever pitch in 2021. In Orange County alone, anti-Asian hate incidents increased by an estimated 1,200 percent. Increasingly, the victims were women and seniors from the working class or living in poverty. In March 2021, a gunman targeted a series of Asian spas in Atlanta and murdered eight people including six Asian women workers. A 61-year-old Chinese man in New York died after being head-stomped while collecting recyclables for money. A 36-year-old Hmong woman was brutally gang-raped and beaten to death in Milwaukee. A 61-year-old Filipino-American man was slashed in the face with a box cutter in Brooklyn. An 89-year-old Chinese woman was set on fire in Brooklyn. A 65-year-old Filipino woman was beaten outside a hotel in Manhattan. An 83-year-old man and a 79-year-old woman were violently assaulted in Oakland, separately, by the same man. Most of these victims were walking to or from work, all were alone, and all were attacked in broad daylight.

In the midst of all this were daily articles in the media that can only be described as the “Xinjiang atrocity exhibition.” Reports from U.S. intelligence, weapons-industry-funded think tanks and CIA cutouts like the NED alleged wildly inconsistent stories that only grew more and more ridiculous. Most of them came from evangelical anti-communist Adrian Zenz, who contrived the infamous “one million Uyghurs in concentration camps” narrative based on approximations from only eight people. Most of the supporting documents consisted of misattributed photographs, satellite images of random buildings and witness testimonies from Langley-based (CIA) and U.S. State Department-funded Uyghur activists.

Alongside these stories are other “China-bad” narratives. These include Nigel Farage’s statements that China needs to pay reparations to the UK for COVID-19, the “China as the perpetual thief of intellectual property from the West” trope, assertions that “China is paying Uyghurs to look happy during Eid in Urumqi” and the absurd “China is ‘colonizing’ Hong Kong.” More recently, this includes revamping and refueling the conspiracy theory that COVID-19 is the result of the Wuhan virology lab leak. A Pew Research survey released in March, 2021 showed that 66 percent of Americans hold unfavourable views of China compared to 47 percent in 2018. The share of Americans who give China the lowest possible rating of zero has nearly tripled from nine percent in 2018 to around 24 percent in 2021. A Nanos Research poll found that nearly seven out of 10 people in Canada oppose deepening business ties with the Chinese government and nearly 87 percent support Canada joining with the United States, Britain and Australia “to contain China’s growing power.”

What further complicates the matter is that hate crimes are incredibly difficult to prove and even harder to link to a particular propaganda narrative. Many of the previously mentioned attacks seem to have been perpetrated by those who are themselves at the margins of society: individuals who are houseless, have a history of prior arrests or struggle with mental health issues. The inaction of the U.S. government during the pandemic to support millions of newly unemployed or evicted Americans who also lost their health insurance has undoubtedly had a massive impact on petty crime, robberies and random acts of assault. While the economic recession is a huge trigger for the rise in crime overall, it could be argued that having a powerful state and corporate propaganda machine which scapegoats a visible minority is what led to Asians becoming the ideal target. How many more instances of hateful attacks have occurred which the media never reported on due to the tendency of diaspora Asians to underreport racism and crime?

Within the Pew study, it is notable that among those with unfavourable views of China, the difference between Democrats (62 percent) and Republicans (72 percent) is only 10 points. Anti-China hate is a bipartisan issue. The only way it differs is how it is manifested. On the right, people like Republican Marsha Blackburn rant that Chinese civilization has a 5,000-year history of “cheating and stealing” and Republican Senator Tom Cotton states that all mainland Chinese students should be banned from the U.S.. Among centrist and liberal Democrats, it is common to find allegations of China being akin to Nazi Germany. They also throw around wild and unverified allegations of forced labour, organ harvesting, forced sterilization and human experimentation. In Canada, the NDP broke from the norm to join Erin O’Toole’s Conservative Party in declaring the Uyghur experience in China a “genocide.” Even the oft-praised independent journalist Glenn Greenwald continues to push the Wuhan virology lab leak conspiracy.

No matter what the accusation from the center is, it is always grounded in the classic bleeding-heart liberal notions of human rights. This is a liberal, imperialist tactic that has been weaponized time and time again including through the doctrine of Responsibility to Protect and “humanitarian intervention.” But what makes this situation different from those of Iraq and Afghanistan is that China is a world power and an economic threat to Western hegemony. As such, Western media presents China as an oppressive colonial power, no different from the British or American empires (“Neither Washington Nor Beijing”) with NATO propagandists often projecting the West’s own imperialist crimes onto China.

Despite the fact that Asians have recently outpaced Black Americans as the group facing the greatest income inequality, Chinese and Asian diaspora continue to be labeled white-adjacent, privileged, wealthy and having little experience with oppression. This is how people convince themselves they are not being racist when they cast all 1.4 billion people in China and all 7 million Chinese diaspora in Canada and the U.S. as foot soldiers of the Communist Party of China when they reject western propaganda.

On social media, it has become increasingly commonplace for people who are skeptical of Western anti-China propaganda to be labeled “wumao,” brainwashed, a spy, a bot or someone who should be deported. Only those who hate the Communist Party of China are telling the “truth,” while everyone else is forced to say nice things with a gun pointed to their heads. On YouTube and Twitter, all Chinese state media is blatantly labeled as such. Western state media like the CBC and BBC–which are literally funded by their respective governments–do not on the other hand bear the same label. It is no wonder that some online commenters have referred to this as the Chinese Exclusion Act 2.0.