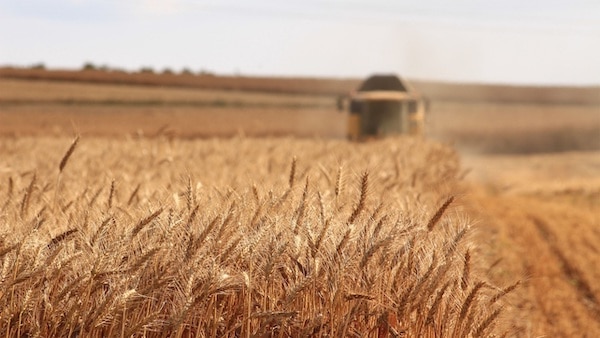 Russia and Ukraine together account for 30 per cent of the world’s wheat exports. Many African countries, in particular, are heavily dependent on them for their food supplies, which are now getting disrupted because of the war; and this disruption would continue since the war is also affecting the acreage being sown under foodgrains there. Ukraine alone accounts for about 20 per cent of the world’s maize exports which again are under threat, endangering food availability in several vulnerable countries. Besides, Russia is the source of fertilizer supplies for a number of countries and the disruption in fertilizer imports from Russia will have a further escalating effect on world food prices and reduce food availability.

Compared to what it had been in the month of February before the start of the Russo-Ukraine war, the price of staple foodgrains had increased by 17 per cent by April 8, making millions more of persons vulnerable to famine; these numbers can only increase in the coming days. The countries most vulnerable are in West Asia and in Africa, especially countries like Yemen, Ethiopia, Somalia, Sudan, South Sudan, Nigeria, the Democratic Republic of Congo and Afghanistan. Experts have been warning of this possibility for some time. But while there is much concern over the loss of lives in the actual theatre of war, the far greater loss of lives that the decline in food availability threatens in countries far away from the theatre of war, has scarcely drawn the attention of the world at large, especially the western world.

In all this discussion however a central question has not even been asked:

why have some countries in the world become so vulnerable to famines that any disruption in food supplies anywhere immediately threatens them with massive loss of lives? Why in short do we have “famine-vulnerable countries” at all?

The immediate answer to this question would be that these are countries that have themselves been afflicted by war. Whether it is Afghanistan, Sudan, or the Horn of Africa, there has been a history of wars, stretching even up to the present, and their vulnerability to famines arises from the disruptions effected by this history. This explanation however simply would not do: wars in this context obviously must include internal insurgency or what is commonly called terrorism. But this raises two questions: first, insurgency itself cannot be assumed to be an externally-given phenomenon; it is so rooted in and related to the phenomenon of poverty and food non-availability that it cannot provide an independent explanation for the latter. And second, wars in this more comprehensive sense, incorporating insurgency as well, characterise virtually the whole of the third world; why then are only some countries considered vulnerable and not others?

The real answer to the question why some countries are considered vulnerable not others lies in the fact that these countries have sacrificed their “food sovereignty” to the demands of imperialism. After decolonisation, most countries in the third world, which had witnessed steep declines in their per capita foodgrain output and availability during the colonial period (a phenomenon that had underlain recurrent famines in the colonial era) sought to increase their domestic production of foodgrains. It was considered an essential counterpart of decolonisation, and rightly so, to build up domestic foodgrain production and availability. This however was resisted by imperialism, which on the basis of an entirely spurious argument based on “comparative advantage”, not only “advised” third world countries to abandon the quest for food self-sufficiency, but incorporated this demand into the WTO agenda (that land-use should be determined by market-signals rather than any goal of achieving food self-sufficiency).

Now, the advanced capitalist countries have a permanent surplus of certain grains, while they simply cannot grow (or grow in adequate quantities, or the entire year around) a whole range of tropical or sub-tropical crops, such as fresh vegetables, fruit, fibres, sugar crops, oil-crops, beverages and spices. Altering the pattern of land-use in the third world, which is roughly co-terminus with the tropical and sub-tropical parts of the world, therefore is doubly advantageous for the advanced capitalist countries: first, by forcing the third world to import foodgrains it enables the metropolis to get rid of its surplus foodgrains; and second, the third world land devoted earlier to foodgrain production is now released for producing other crops, namely those that are demanded by the metropolis (which would now also include crops that are earmarked for bio-fuels production).

Africa acceded to this imperialist demand more quickly than any other part of the third world; and not surprisingly, the list of “vulnerable countries” is replete with African examples. Let us just take two examples from among those that figure in the above-mentioned list: Nigeria which is by far the largest country in Africa in terms of population (with more than 20 crore people), and Kenya which not too long ago was being hailed by the OECD as a “success story” of “liberalisation”.

This simple truth was understood by the anti-colonial struggles everywhere; they took it for granted, very rightly, that independence meant being food self-sufficient, at least at a certain minimum level of consumption, not necessarily within each country but at least among a group of third world countries constituting a “food community”, and strove towards it. Africa however was coerced by imperialism into abandoning this goal and is alas paying the price for it today with the threat of famine looming over it.

India, notwithstanding its early post-colonial plan for raising domestic food production (of which the “Grow More Food” campaign was an expression), got trapped into buying American food under the PL-480 scheme. It is only after the acute droughts of the mid-sixties that the importance of being “food sovereign” dawned on our ruling governments and the Green Revolution, no matter what its other lacunae, was launched to achieve this target. Imperialist efforts to undo India’s “food sovereignty” have been relentless since then; and imperialism found a “sucker” in the Modi government which passed agrarian legislation to withdraw the minimum support price regime that constitutes the lynchpin behind India’s “food sovereignty”. The heroic kisan agitation however has saved the day, and the government was forced to withdraw the three farm laws. “Food sovereignty” continues for the time being; but the people must remain unremittingly vigilant if it is to be preserved.