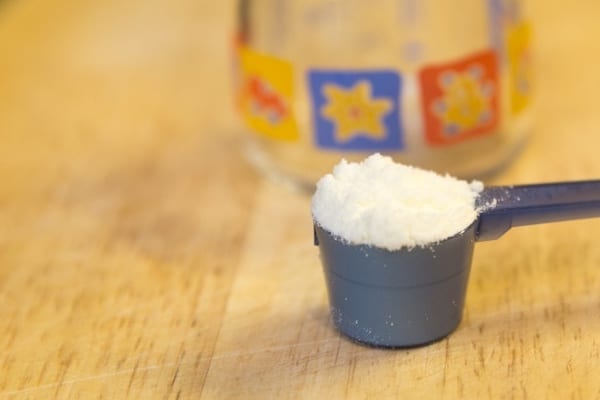 The baby formula crisis that is threatening the lives of infants across the U.S. deepened this week as the out-of-stock rate for baby formula on store shelves surged to 70 percent for the week ending May 22. The shortage rate during the previous week was 45 percent, according to the retail tracking firm Datasembly.

The supply shortage is so severe that there are now reports in some areas of the country of mothers attempting to purchase breast milk online from anonymous and independent sources such as Facebook and Craigslist. Pediatric nutritionists are warning that such measures are potentially very harmful to children.

The crisis of powdered formula supplies, 90 percent of which are produced by four monopolies that dominate the U.S. pediatric nutrition industry, is not a mistake or a product of unforeseen circumstances. It is the outcome of a society run by a ruling elite that, in its singular preoccupation with increasing its wealth, is totally indifferent to the lives and well-being of children.

There has been a combination of criminal negligence, corporate profiteering, stock market manipulation and government complicity that have resulted in the shortage of the essential food needed by infants and toddlers, especially those from poor and working-class families.

The supply shortage began almost immediately following the onset of the coronavirus pandemic in February 2020 when supply chains and transportation were disrupted internationally. During the initial days of the pandemic, families stockpiled the formula and emptied shelves. This was followed by a sharp fall in sales, and manufacturers cut back on production.

Now, with an uptick in births and a dramatic decline in breastfeeding rates among new mothers, demand has shot up again. The inability of the producers to adapt to fluctuations in demand is itself an expression of the anarchistic and unplanned nature of capitalist economics.

The primary cause of the recent surge in the shortage stems from the shutdown in February of the baby formula factory operated by Abbott Labs in Sturgis, Michigan, the largest in the U.S.. The plant is responsible for 25 percent of the U.S. supply and produces the popular brand names Similac, Alimentum and EleCare.

In February, the U.S. Food and Drug Administration (FDA) forced Abbott Labs to recall products and shut down the Sturgis facility. This action was taken only after it became clear that the conditions in the plant were so unsanitary that the federal government agency, which has a long history of collaboration with the corporations in the food and drug industries, could no longer look the other way.

During congressional testimony Wednesday, FDA Commissioner Dr. Robert Califf said the agency’s inspection of the Sturgis operations that began on January 31 revealed conditions that were “shocking” and “egregiously unsanitary.”

Dr. Califf told the Subcommittee on Oversight and Investigations of the House Energy and Commerce Committee that the “totality of evidence” obtained during the inspection caused the FDA to conclude that infant formulas manufactured at this plant “were produced under insanitary conditions.” He added that the formula “may be contaminated” with bacteria that is known to be fatal in infants.

Among the unsanitary conditions uncovered at the Sturgis factory were that multiple swab samples “later tested positive for the bacteria Cronobacter sakazakii,” cracks in the spray dryers used in the manufacturing process are “an issue related to previous foodborne illness outbreak in powdered infant formula” and water leaks and condensation that are known risk factors for deadly bacteria were found “in areas where dry powdered formula was produced.”

Califf also reported leaks in the roof, standing water in the factory and two instances in the past, based on internal company documents, when finished baby formula was known to have “environmental contamination with Cronobacter sakazakii.” The FDA commissioner claimed that these poisoned batches, which were produced by Abbott Labs in 2019 and 2020, had been destroyed by the company.

The FDA inspection was motivated in part by the fact that four infants, who had been fed nutrition products from the Sturgis factory, had been hospitalized between September and December 2021 with Cronobacter infection. Cronobacter sakazakii is a serious foodborne pathogen that can cause “severe, life-threatening infections,” including sepsis and meningitis as well as bowel damage. Two of the children died from their infections.

The agency was also belatedly responding to a report by a whistleblower who in October 2021 disclosed details about the dilapidated conditions at the Michigan factory. The whistleblower also highlighted the retaliatory policy of company management and its firing of employees who objected to the failure to follow FDA requirements, falsification of records, releasing untested products onto retail shelves and failure of antiquated equipment at the Sturgis facility.

Abbott Laboratories is a $200 billion global corporation that produces medical devices and health care products and was founded in 1888. The multinational has profited enormously over the past two years from its pandemic-related COVID testing products, while its less profitable pediatric nutritionals operations have been starved of resources.

Meanwhile, the company—whose Executive Chairman Miles D. White earned $27 million and CEO and President Robert Ford earned $25 million in 2021—has rewarded its investors with billions of dollars in quarterly stock buybacks while the bacterial contamination of its baby formula products was well-known. In December 2021, after the FDA had notified Abbott Labs of a planned inspection of its Sturgis facility, the company announced a $5 billion stock repurchase authorization.

Throughout the bacterial contamination crisis, Abbott Labs has claimed there is no proof that its products have caused infants to become sick and die from life-threatening infections. The company has also maintained that the allegations in the 34-page whistleblower report are untrue.

The belligerence of Abbott Labs in the face of facts that it has acted in a criminally negligent manner has been bolstered by the FDA and the U.S. Justice Department, which signed a consent decree with the corporation on May 16. This agreement guarantees that Abbott Labs will not be prosecuted or held responsible for the bacterial contamination of its baby formula products, in exchange for restarting its manufacturing operations at the Sturgis plant.

The fact that millions of families are now desperately searching for baby formula on empty store shelves and forced to make life and death decisions to feed their infants is proof that the corporations and the government do not care about what happens to the lives of millions of children. This fact was confirmed in the recent comment by President Biden’s Transportation Secretary Pete Buttigieg who washed his hands of the crisis, saying,

The government does not make baby formula, nor should it. Companies make formula.

“Let’s be very clear,” Buttigieg said, “this is a capitalist country.” Precisely. While Buttigieg made this statement to justify a position that the government should do nothing, the entire crisis condemns the social and economic system that the Biden administration and the entire state apparatus defend.

The formula shortage—coming in the midst of a massive surge in prices throughout the world and an ongoing pandemic that has already killed more than one million people in the United States—is another demonstration of the urgent necessity for the socialist reorganization of society.

Baby formula production and distribution—and other essential products and services required to sustain the lives of millions and billions of people on the earth—must be taken out of the hands of the financial parasites who own them. The working class must transform these resources into public property and operate them based on social need and not profit.