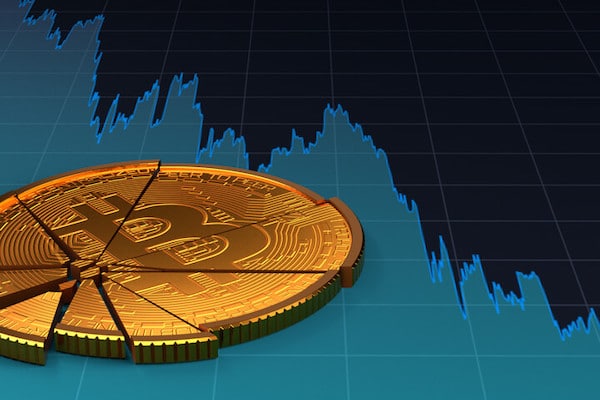 After the relentless hype about Bitcoin and other cryptocurrencies such as Ethereum, Solana, Dogecoin, LUNA, etc., for the last couple of years, we are now witnessing their complete meltdown. The hype was primarily driven by eye-popping increases in valuations of all the major cryptocurrencies. Bitcoin had gone from around USD 4,000 to USD 64,000, a sixteen fold increase, in 20 months. Other cryptocurrencies had even more ridiculous price increases in the same time period–Ethereum had a 50 fold increase, Solana 500 times, and LUNA had a 1,000 times increase. Now, these cryptocurrencies are crashing down. Bitcoin has dropped by 55 per cent, Ethereum by more than 60 per cent, Solana by 85 per cent, and LUNA has gone all the way to zero.

So, how does one make sense of these complex and mysterious things which have seen their combined valuations grow to trillions of dollars; and they are being touted as the future of currencies in the digital age. Are these merely highly speculative Ponzi schemes? Or do they have legitimate use in a world where digital transactions are increasingly widespread?

Let’s start by examining the justification for having cryptocurrencies. In theory, they are supposed to enable electronic payments with no intermediary, i.e., peer to peer cash transactions. The problem with transferring money electronically between two parties is how to determine the balances after the transaction. To start with, the party sending the money should have the required amount. After the transaction is complete, the amount should also be deducted from the balance of the sending party and added to the balance of the receiving party. We actually have been having working digital cash for decades, and they work quite well, processing hundreds of thousands of transactions per second. Debit and credit cards, wire transfers, UPI and digital wallets all serve that function. But all these have central intermediaries, in most cases banks, for determining and adjusting the balances.

So, what is the problem with such intermediaries? After the 2008 financial crisis, the banking sector in the West collapsed. The western central banks undertook massive money printing through quantitative easing to revive and support the banking sector and the economy at large. This resulted in a collapse of confidence in the big banks amongst a large section of people and a fear that this money printing would devalue the fiat currencies of the major economies. Cryptocurrency was meant to address these problems by enabling digital transactions without intermediary banks and thus getting rid of the need to have banks at all, at least in the minds of their proponents. The currency devaluation problem was “solved” by limiting the supply of cryptocurrencies (Bitcoin is limited to 21 million coins ever) and removing the central banks’ role in the creation of money.

So how are these currencies created? It was proposed that these currencies would be created purely algorithmically through a process called “digital mining”. As is immediately obvious, this goal itself is hugely problematic from a political standpoint. The role and sovereignty of the State over its currency and money supply is being sought to be eliminated and replaced by private entities. Further, “digital mining” requires powerful computers and tons of electricity to run them. So people with more and more powerful computers and the ability to purchase virtually very large amounts of electricity would have a monopoly over money creation, replacing the State in that role. This libertarian dream is the driving force behind cryptocurrencies, with many of its leading proponents subscribing to libertarianism. Libertarianism is an extreme right-wing American political philosophy that opposes the State’s role except for maintaining law and order and protecting private property.

Let us return to the problem of how Bitcoin and other cryptocurrencies operate without central intermediaries. They handle the problem of verifying and maintaining balances by making them public but pseudonymous. So, you are no longer “you” in the crypto world. Unlike in traditional banking systems, there is no KYC here. Instead, you are represented by a sequence of really long random numbers generated by computers, acting as your pseudonym. The numbers are randomised to ensure anonymity. And a ledger of everyone’s balances is placed in the public domain but identified by these pseudonyms. This public ledger is called the “blockchain”.

When a transaction is made between two parties, the blockchain is examined and updated to perform the necessary credit and debit balances. But since the blockchain is public and there are no central intermediaries, how does it ensure that somebody doesn’t fake transactions? Or simply add money to their own balances?

This is where the notion of “mining” comes in. The transactions are verified by solving cryptographic problems (basically complex mathematical problems using computers). The nature of these problems is such that they require a huge amount of computing time and resources to solve. But once solved, anybody can verify the solution. The miners are provided the incentive to do this by rewarding them with cryptocoins every time they successfully solve the cryptographic verification problem–thus creating or “mining” new coins. So, a huge amount of computing resources, electricity and time need to be expended in order to verify transactions and mine new coins. It is estimated that the Bitcoin network alone burns as much electricity as a mid-sized country. And it can only process between four to seven transactions per second, compared to the credit card networks, which handle tens of thousands of transactions per second. So, in our times of global warming, we have supposedly built a system of the future that wastes a ton of electricity and does orders of magnitude slower than systems that have existed for decades.

Another issue is that since there are no trusted intermediaries, cryptocurrency transactions made by mistake or frauds or theft through hacking attacks can’t be reverted. There are no authorities or ombudspersons to complain to!

Given these problems, cryptocurrencies can’t really be practically used for doing online transactions. Also, as we have seen, their prices wildly fluctuate, making them useless as either store of value or mediums of exchange. They don’t even act as guards against inflation. As we have seen during these times of high inflation, cryptocurrencies have dropped steeply in nominal terms, let alone keep up in real terms. This was one of the core stated motivations for creating them in the first place–to guard against inflation caused by massive money printing by the central banks. There are many accounts of vulnerable people from countries with high inflation rates, such as Argentina, Nigeria and Pakistan, who invested their life savings in stablecoins (cryptocurrencies advertised as being pegged to the dollar) to protect against inflation, only to lose everything.

What then can the cryptocurrencies accomplish? Due to the anonymity they provide by the use of pseudonyms, they can be used for criminal activities such as asking for ransom after hacking attacks –ransomware attacks–and for money laundering and tax evasion.

The other category of things they are being widely used for is Ponzi schemes. These schemes, as in all Ponzi schemes, are financial frauds which pay the initial investors high returns by taking funds from new investors. They inevitably collapse once they run out of new, gullible investors, and therefore their flow of new funds. With governments and central banks all over the world not acting quickly enough in tackling these “currencies”, they have remained outside of the purview of financial, banking and securities regulations, which protect people against Ponzi and other such predatory schemes. This has provided huge opportunities for all kinds of financial entities, including hedge funds and venture capitalists, to pour in billions of dollars into this space to reap supernormal profits through financial speculation and such Ponzi schemes.

One such scheme resulted in a couple of cryptocurrencies–LUNA and TerraUSD–run by the Terra Foundation going bust last month, evaporating more than USD 50 billion. And yet these schemes are being allowed to not just continue but are actively being touted by all sorts of celebrities such as Kim Kardashian and actor Matt Damon, tech billionaires such as Elon Musk, Twitter founder Jack Dorsey and other internet influencers. These influencers either get paid enormous amounts to market these cryptocurrencies or are given early access and cash out once the cryptocurrencies become hyped and shoot up in value.

Cryptocurrencies are like cancers of the financial systems. They solve no useful purpose, suck in huge amounts of resources like electricity and computing power, and have enabled all kinds of illegal activities. They have created a multi-trillion dollar industry which enables powerful financial entities such as hedge funds to engage in predatory activities, sucking people’s life savings into Ponzi schemes. Governments all over the world need to wake up to these risks and deal with them. In this regard, China has taken the lead in banning all cryptocurrency mining and transactions. The Indian government, after talking about banning them, now appears to have developed cold feet and is reportedly looking to regulate and tax them as legitimate financial instruments. This cancer should not be regulated but needs to be eliminated.