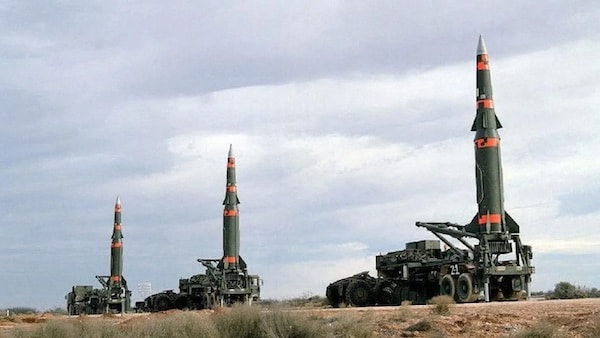 The United States plans to spend tens of billions of dollars to surround China with missiles. But it’s having trouble finding an Asian country willing to host the offensive weapons.

The U.S. military commissioned a study from the RAND Corporation, a Pentagon-backed research group, to assess the feasibility of deploying intermediate-range missiles to the Pacific.

The study closely analyzed the U.S. government’s relations with its five treaty allies in the region: Australia, Japan, the Philippines, South Korea, and Thailand.

Citing “an inability to find a willing partner,” the RAND report concluded that the chance of these nations hosting U.S. ground-based intermediate-range missiles “is very low as long as current domestic political conditions and regional security trends hold.”

The Donald Trump administration withdrew from the Intermediate-Range Nuclear Forces (INF) Treaty in 2019. This means Washington can now deploy ground-based missiles with ranges between 500 and 5,500 kilometers, RAND noted.

The study refers to these weapons as ground-based intermediate-range missiles, using the acronym GBIRMs.

RAND conceded that this opposition is logical:

There are several reasons why U.S. allies could deny access to and use of their territories, including fears that hosting such systems could intensify a regional arms race with China; the risk of the deployment being seen as provocative, sparking harsh reactions from Beijing; and fears of entrapment in a conflict between the United States and China that does not directly involve the ally.

Given this reality, the RAND report suggested other possibilities for the U.S. to militarily encircle and threaten China, including by deploying ground-based intermediate-range missiles instead to Guam, which is a U.S. colony in the Pacific.

RAND concluded that the most realistic approach would be for Washington to strengthen Japan’s military to counter China.

U.S. military to spend $27.4 billion to surround China with missiles

The major Japanese media outlet Nikkei published an article on this RAND study. It noted,

In a six-year investment plan submitted to Congress in February last year, the U.S. military’s Indo-Pacific Command made it clear that ground-based weapons will be crucial in breaking through China’s defense systems.

In 2021, Nikkei exclusively obtained a copy of the “Pacific Deterrence Initiative” that U.S. Indo-Pacific Command submitted to Congress.

The strategy revealed that the U.S. military plans on spending $27.4 billion over six years to install precision-strike missiles on the first island chain–the first chain of islands off of the coast of East Asia, which includes Japan, Taiwan, and the Philippines.

The U.S. will establish a network of precision-strike missiles along the so-called first island chain as part of $27.4 billion in spending to be considered for the Indo-Pacific theater over the next six years, Nikkei has learned.https://t.co/dPdbmnlpXg pic.twitter.com/RiyCpuYPrp

The U.S. military proposal lamented that Beijing is challenging Washington’s hegemony in the region, writing,

Without a valid and convincing conventional deterrent, China is emboldened to take action in the region and globally to supplant U.S. interests.

Donald Trump’s Secretary of Defense Mark Esper, a former vice president of and lobbyist for weapons corporation Raytheon, said in 2019 that the United States sought to deploy intermediate-range missiles to the Pacific region “sooner, rather than later.”

The strategic logic that underlies this thinking did not change with the transition of administrations in Washington.

Secretary of State Antony Blinken gave a historic speech on May 26 making it clear that the U.S. government is waging a policy of containment and siege against China, similar to the one that Washington pursued against the Soviet Union in the first cold war.

The RAND report, which is titled “Ground-Based Intermediate-Range Missiles in the Indo-Pacific Assessing the Positions of U.S. Allies,” was commissioned by the U.S. military’s Pacific Air Forces, and was written by political scientist Jeffrey W. Hornung.

It analyzes Washington’s relations with its five treaty allies in the Pacific region, and explained why they are unlikely to host U.S. ground-based intermediate-range missiles.

It is highly unlikely that Thailand, the Philippines, or the Republic of Korea (ROK) would agree to host U.S. GBIRMs, and there is a small likelihood that Australia or Japan would do so, although the possibility that an agreement might be struck with Tokyo is only slightly greater.

“Thailand would be highly unlikely to accept,” the RAND study conceded. It noted that the Thai “government shows a propensity to pursue closer ties with China.”

“The Philippines is extremely unlikely to accept the deployment of U.S. GBIRMs,” RAND wrote, adding that the “U.S. alliance with the Philippines is in a state of flux, although it is improving.”

RAND continued: “While the Philippine public and elites generally support the United States and the alliance, President Rodrigo Duterte has pursued policies that negatively affect ties. Specifically, Duterte has advocated closer ties with Beijing while pursuing policies that weaken core pillars of the U.S.-Philippine alliance.”

The study concluded that “a general deterioration of U.S.-ROK relations suggest that it is highly unlikely that the ROK would consent to host U.S. GBIRMs.”

“The U.S. alliance with Australia is strong. Australia also remains economically close to China, but their bilateral ties have been fraying,” RAND wrote.

Yet “Australia’s historical reluctance to host permanent foreign bases, combined with the geographical distance of Australia from continental Asia, makes this possibility unlikely.”

The RAND report assessed that “Japan is the regional ally that appears most likely to host U.S. GBIRMs.”

It acknowledged, however, that this possibility “remains low, heavily caveated by the challenge of accepting any increase in U.S. presence and deploying weapons that are explicitly offensive in nature.”