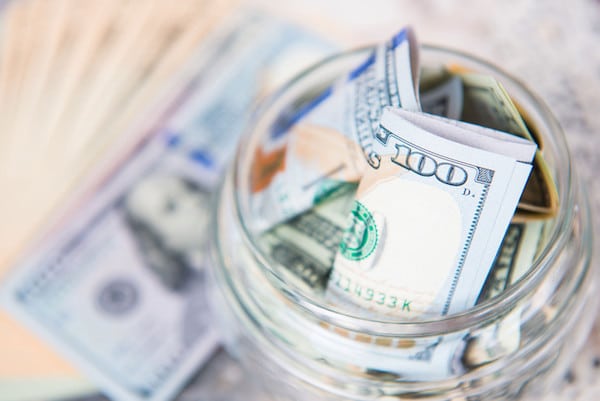 The instant messaging system of the Society for Worldwide Interbank Financial Telecommunication (SWIFT) informs users, both payers and payees, of payments made. Thus, it enables the smooth and rapid transfer of funds across borders.

Created in 1973, and launched in 1977, SWIFT is headquartered in Belgium. It links 11,000 banks and financial institutions (BFIs) in more than 200 countries. The system sends over 40 million messages daily, as trillions of U.S. dollars (USD) change hands worldwide.

Co-owned by more than 2,000 BFIs, it is run by the National Bank of Belgium, together with the G-10 central banks of Canada, France, Germany, Italy, Japan, the Netherlands, Sweden, Switzerland, the UK and the U.S.. Joint ownership was supposed to avoid involvement in geopolitical disputes.

Many parties use USD accounts to settle dollar-denominated transactions. Otherwise, banks of importing and exporting countries would need accounts in each other’s currencies in their respective countries in order to settle payments.

U.S. and allied–including European Union (EU)–sanctions against Russia and Belarus followed their illegal invasion of Ukraine. Created during the U.S.-Soviet Cold War, SWIFT remains firmly under Western control. It is now used to block payments for Russian energy and agriculture exports.

But besides stopping income flows, it inadvertently erodes USD dominance. As sanctions are increasingly imposed, such actions intimidate others as well. While intimidation may work, it also prompts other actions.

This includes preparing for contingencies, e.g., by joining other payments arrangements. Such alternatives may ensure not only smoother, but also more secure cross-border financial transfers.

As part of U.S.-led sanctions against the Islamic Republic, the EU stopped SWIFT services to Iranian banks from 2012. This blocked foreign funds transfers to Iran until a compromise was struck in 2016.

Based in Brussels, with a data centre in the U.S., SWIFT is a ‘financial panopticon’ for surveillance of cross-border financial flows. About 95% of world USD payments are settled through the private New York-based Clearing House Interbank Payments System (CHIPS), involving 43 financial institutions.

About 40% of worldwide cross-border payments are in USD. CHIPS settles U.S.$1.8 trillion in claims daily. As all CHIPS members maintain U.S. offices, they are subject to U.S. law regardless of headquarters location or ownership.

The USD remains the currency of choice for international trade and foreign reserve holdings. Hence, the U.S. has enjoyed an “exorbitant privilege” since World War Two after the 1944 Bretton Woods conference created the gold-based ‘dollar standard’–set at U.S.$35 for an ounce of gold.

With the USD remaining the international currency of choice, the U.S. Treasury could pay low interest rates for bonds that other countries hold as reserves. It thus borrows cheaply to finance deficits and debt. Hence, it is able to spend more, e.g., on its military, while collecting less taxes.

Due to USD popularity, the U.S. also profits from seigniorage, namely, the difference between the cost of printing dollar notes and their face value, i.e., the price one pays to obtain them.

In the ensuing uncertainty, the U.S. ‘persuaded’ Saudi King Feisal to ensure all oil and gas transactions are settled in USD. Thus, OPEC’s 1974 ‘petrodollar’ deal strengthened the USD following the uncertainties after the Nixon shock.

Nevertheless, countries began diversifying their reserve portfolios, especially after the euro’s launch in 1999. Thus, the USD share of foreign currency reserves worldwide declined from 71% in 1999 to 59% in 2021.

With U.S. rhetoric more belligerent, dollar apprehension has been spreading. On 20 April 2022, Israel–a staunch U.S. ally–decided to diversify its reserves, replacing part of its USD share with other major trading partners’ currencies, including China’s renminbi.

The EU decision to bar Iranian banks from SWIFT prompted China to develop its Cross-border Interbank Payment System (CIPS). Operational since 2015, CIPS is administered by China’s central bank. By 2021, CIPS had 80 financial institutions as members, including 23 Russian banks.

At the end of 2021, Russia held nearly a third of world renminbi reserves. Some view the recent Russian sanctions as a turning point, as those not entrenched in the U.S. camp now have more reason to consider using other currencies instead.

After all, before seizing about U.S.$300 billion in Russian assets, the U.S. had confiscated about U.S.$9.5 billion in Afghan reserves and U.S.$342 million of Venezuelan assets.

Both CIPS and SPFS are still developing, largely serving domestic BFIs. By April 2022, most Russian banks and 52 foreign institutions from 12 countries had access to SPFS. Ongoing developments may accelerate their progress or merger.

The National Payments Corporation of India (NPCI) has its own domestic payments systems, RuPay. It clears millions of daily transactions among domestic BFIs, and can be used for cross-border transactions.

Unsurprisingly, those not allied to the U.S. want to change the system. Following the 2008-9 global financial crisis, China’s central bank head called for “an international reserve currency that is disconnected from individual nations”.

Meanwhile, China’s USD assets have declined from 79% in 2005 to 58% in 2014, presumably falling further since then. More recently, China’s central bank has been progressively expanding use of its digital yuan or renminbi, e-CNY.

With over 260 million users, its app is now ‘technically ready’ for cross-border use as no Western bank is needed to move funds across borders. Such payments for imports from China using e-CNY will bypass SWIFT, and CHIPS will not need to clear them.

Russia has long complained of U.S. abuse of dollar hegemony. Moscow has tried to ‘de-dollarize’ by avoiding USD use in trade with other BRICS–i.e., Brazil, India, China and South Africa–and in its National Wealth Fund holdings.

Last year, Vladimir Putin warned the U.S. is biting the hand feeding it, by undermining confidence in the U.S.-centric system. He warned, “the U.S. makes a huge mistake in using dollar as the sanction instrument”.

Besides worsening stagflationary trends, such actions have prompted its targets–current and prospective–to take pre-emptive, defensive measures, with yet unknown consequences.