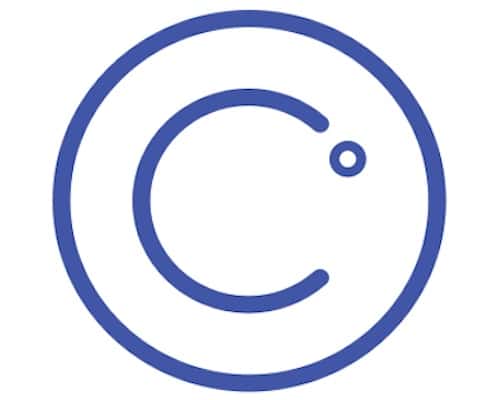 Amid a wider crypto market crash, crypto lending platform Celsius announced on June 12 that it was suspending all withdrawals on its lending platform, citing “extreme market conditions” and a need to “stabilize liquidity.”

In the hours after the announcement, Celsius’ native token, CEL, plummeted by 70% in a single hour; by the following day it was trading at over 40% down. CEL’s downward spiral came amid a giant selloff that saw crypto’s total market capitalization plunge to less than a trillion, or more than two-thirds shy of its all-time high of $3 trillion, while Bitcoin dropped to levels not seen since 2020.

Celsius’ mission statement says that its goal is “to disrupt the financial industry.” If headlines in Bloomberg and the Financial Times are anything to go by, it has certainly had a disruptive effect—on the crypto market itself.

So what happened? The short answer: nobody really knows, but trouble has been brewing for the last year.

Celsius is fairly typical among decentralized finance (DeFi) lending platforms. Anyone can hop on and lend and borrow money, but if they are interested in the latter, the loan needs to be overcollateralized, meaning the borrower has to deposit more than they’re borrowing. This is counterintuitive to the average person, but remember, crypto is currently unregulated, so there are no debt collectors to keep borrowers from defaulting.

So, while DeFi offers the promise of an alternative financial system by offering yields more competitive than savings accounts, there are still capital and technological barriers to entry.

Once users have taken the plunge and put some money on the protocol, they’re able to earn attractive yields. According to its website, Celsius offers over 7% returns on stablecoins such as USDC and Tether, 7.25% for Polygon, 6% for Ethereum, and 6.25% for Bitcoin.

The protocol then loans out its pooled tokens at higher rates to borrowers. Celsius insists it doesn’t use customers’ crypto for anything other than in-protocol lending and Bitcoin mining operations, and boasts testimonials about its “transparency” and “real-time audits” as a unique selling point.

Celsius’ CEL token went into freefall shortly after the announcement that it was suspending withdrawals on June 13. The rest of the crypto market appears to have followed suit, albeit with less marked losses.

.@CelsiusNetwork is pausing all withdrawals, Swap, and transfers between accounts. Acting in the interest of our community is our top priority. Our operations continue and we will continue to share information with the community. More here: https://t.co/CvjORUICs2

The short-term cause of Celsius’ troubles appears to be due to Lido’s Staked Ether (stETH), a token that’s pegged to Ethereum’s ETH. stETH represents ETH locked on the Ethereum 2.0 beacon chain—a chain that runs parallel to the main Ethereum blockchain that will eventually combine with the Ethereum mainnet in an event known as the Merge, transitioning the network from a proof of work consensus mechanism to proof of stake.

On DeFi platforms, stETH is often used as collateral to borrow ETH. The problem is, stETH recently lost its peg to ETH, threatening those positions. With holders selling and the date of the Merge mired in uncertainty, there is now heavy selling pressure on stETH.

So what’s that got to do with Celsius? The DeFi platform had locked customer funds into stETH, and a stETH depegging could prompt a wave of redemptions, sparking a liquidity crisis.

In the past year, several regulators have made clear they view high-yield crypto lending products such as Celsius as unregistered securities. By last September, four states (New Jersey, Texas, Alabama and Kentucky) had sent Celsius cease-and-desist letters. That same month, Coinbase shuttered its own planned Lend product after the SEC threatened legal action if it launched.

By this point, Celsius had already shuttered operations in the United Kingdom, citing “regulatory uncertainty.” The company decided a move to the United States would also eliminate strategic sprawl, enabling it to focus on obtaining domestic licenses and registrations in order to “ensure the long-term viability of Celsius and its community.”

In October 2021, Celsius raised $400 million in a funding round that took it to a valuation of over $3 billion. By November, it disclosed that the funding had upped to $750 million after oversubscribing the raise.

In May 2022, Celsius changed its rewards offerings to comply with regulators by phasing out high-interest accounts for non-accredited U.S. investors, essentially a fancy way of saying that it barred people who neither make $200k annually nor have $1 million in the bank from earning the highest yields.

A lot of money has meanwhile been moving out of Celsius; in the first half of 2022, the total amount of digital assets locked on the protocol shrank from around $24 billion to $12 billion.

Following Sunday’s freeze on withdrawals, Celsius rival Nexo proposed a buyout of certain of the firm’s liquid assets, pointing to “what appears to be the insolvency” of Celsius. With the wider crypto market deep in the red, it’s a tumultuous time for DeFi in particular, and crypto in general.