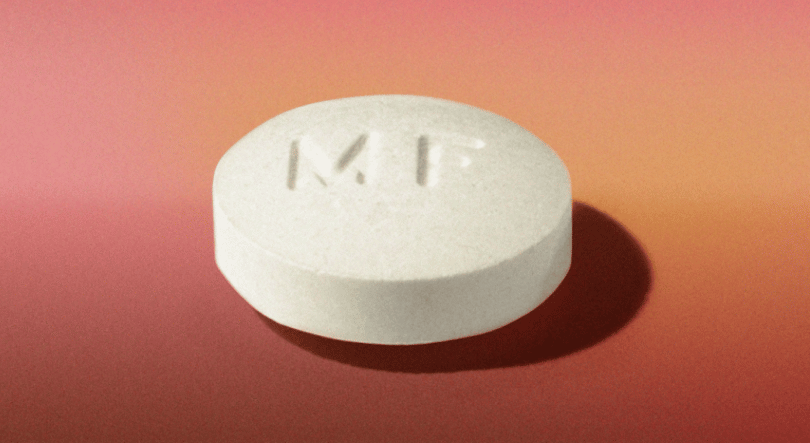 If the U.S. Supreme Court overturns Roe v. Wade, the 1973 legal decision that enshrined abortion as a constitutional right, parts of the country will be ready to plunge into a reproductive-rights dark age in which doctors are forbidden from providing any abortions, in some states even in cases of rape, incest, or a fetus with genetic abnormalities.

But there’s still one huge loophole: most of these pending state laws exempt the person seeking the abortion from any penalties. The likely result is an increase in the number of people ending pregnancies at home using so-called abortion pills.

Abortion pills are safe and widely prescribed by doctors, and the best way to use them is under medical supervision, with checkups before and after. But with the chance that Roe may soon be overturned, leaving individual states to make their own rules, people want to know how to get the pills and use them on their own, a process known as a “self-managed” abortion.

MIT Technology Review spoke to medical professionals and reproductive-rights lawyers to find out how the abortion pills work, where to get them, and what the risks are of using them without a doctor’s care.

What is medication abortion?

Abortion pills were introduced in the U.S. 22 years ago and have slowly, but steadily, replaced other abortion procedures. Over 50% of the abortions in the U.S. are carried out using pills, according to the Guttmacher Institute. Typically, they are prescribed by a doctor or nurse, and the patient sees a health professional before and after taking them.

Early in pregnancy, a surgical abortion is a procedure in which a doctor uses an aspirator—basically a plastic tube—to suck out the contents of the uterus. It’s over in one day.

Medication abortion takes longer—several days. But it’s more private and lets people avoid running a gauntlet of clinic protesters. Medication abortion is also less expensive. It usually costs about $200 to $300, versus $750 to $1,000 for a surgical abortion, depending on insurance and other factors.

What is telemedicine abortion?

Telemedicine abortion is an at-home abortion carried out with pills under remote supervision of a doctor.

Telemedicine abortion became popular during the covid-19 pandemic and is permitted in several U.S. states. It usually involves an online consultation with a doctor who will help determine how far along the pregnancy is and prescribe the pills, which arrive by mail or get picked up at a pharmacy. Telemedicine abortion providers include Carafem and Aid Access.

While telemedicine doesn’t involve going to a clinic, it still offers medical oversight.

What is a self-managed abortion?

It’s obtaining and using abortion pills at home without a doctor’s involvement or even a prescription. According to Doctors without Borders, a self-managed abortion means “obtaining and taking abortion pills outside of a medical setting,” often with the help of online guides, telephone hot lines, and overseas pharmacies.

What are the drugs?

In the U.S., medication abortion usually involves two drugs—mifepristone and misoprostol—taken one or two days apart. The drugs are prescribed to end pregnancies with a gestational age of up to 70 days, or 10 weeks (counted since the last period).

Either drug can end a pregnancy on its own more than 80% of the time. But together they work more effectively and will end about 95% of pregnancies that are fewer than 10 weeks along.

What do these drugs actually do?

Mifepristone (also known by the brand name Mifeprex) is a synthetic compound that blocks progesterone, also known as the “pregnancy hormone.” It does that by binding to the same receptor inside cells that progesterone wants to use. Without enough progesterone, the uterine lining sustaining the pregnancy will start to bleed and come apart.

Mifepristone, known at the time by the code name RU-486, was brought to market in 2000 by a health nonprofit called the Population Council. Its approval sparked a series of battles with anti-abortion activists, as chronicled by WebMD. The U.S. still puts restrictions on which doctors can prescribe and dispense the drug.

Misoprostol (the common brand name is Cytotec) is a synthetic version of the hormone prostaglandin. It is approved to treat ulcers, but doctors learned it could be used to induce labor as well. The drug causes the cervix to soften and dilate and triggers contractions, which expel the pregnancy. It’s never been approved for abortion specifically.

Overall, medication abortion is similar to a miscarriage. The drugs cause strong cramping and bleeding, like a heavy period, doctors say. In addition to blood or clots, it may be possible to see the conceptus, which at around seven weeks after fertilization would be the size of a coin, as shown here.

Medication abortion has been described as “safer than Tylenol” and more than 10 times safer than giving birth.

While the drugs are safe, particularly earlier in pregnancy, there are ways things can go wrong. Planned Parenthood has a list of side effects to watch for, including some that warrant seeking out medical help, like bleeding that goes on too long or a fever, which can mean there’s an infection.

Another risk is that the pills won’t end an ectopic pregnancy, in which an embryo is growing outside the uterus. This is itself a medical emergency, according to the Cleveland Clinic. The surest way to determine if a pregnancy is ectopic is to undergo an ultrasound.

Do abortion pills work every time?

No. And that’s the actually the most common risk in attempting to self-manage an abortion. Roughly one time in 20, the pills don’t successfully stop the pregnancy. Some online pill sellers recommending buying two doses in case the first one doesn’t work.

If a medical abortion fails, the options are to try again with more pills, seek out a surgical abortion, or continue the pregnancy—in which case there is an extra risk of fetal abnormalities, like facial defects or incomplete limbs, that is linked to the drug misoprostol.

To find out if the pregnancy is over, a doctor can check with ultrasound. Another way to find out is to take a home pregnancy test about three weeks after the attempted abortion.

The pills are currently prescribed in the U.S. up to 70 days, or 10 weeks, after the last period, although abortion rights advocates say their use through the end of the first trimester is well established.

In reality, the pills will work at any time during pregnancy, but the later they are used, the closer the process will be to giving birth, and the higher the medical, moral, and legal risks will be.

Is the process of self-managed abortion legal?

Yes, but it’s a bit of a gray zone and likely to get grayer.

Reproductive-rights lawyers say self-managed abortion is legal pretty nearly everywhere in the U.S., although laws in a few states, like Arizona, may restrict it when a pregnancy is too far advanced.

The problem is that restrictive abortion laws will create a far more hostile environment for reproductive health care generally, including abortion pills. For instance, if someone seeks medical help after inducing an abortion, health-care providers or hospital staff might consider notifying the police—regardless of whether self-managed abortion is legal.

Attempts to prosecute people for having abortions aren’t common, but they do happen. Over the last 20 years, the legal organization If/When/How has counted several dozen cases in which women were investigated or prosecuted after inducing an abortion. These cases usually involve later-term pregnancies. In 2021, for instance, an Ohio woman and her boyfriend pleaded guilty to child endangerment and abuse of a corpse after using abortion pills to end a pregnancy in the third trimester.

How should a person get abortion pills?

In states with liberal laws, such as New York and California, a person can obtain a medical abortion at a reproductive clinic, and in many of those states it’s also possible to do everything remotely, via a telemedicine consultation.

In states trying to restrict abortion, it’s become hard to find a clinic, and some have also forbidden telemedicine abortion. If Roe is overturned, doctors in these some of these states will be committing a crime if they prescribe pills.

But it’s still possible to get them. One way is to arrange for a mailing address in a state where telemedicine abortion is legal. Another option is through Aid Access, which has overseas doctors who will prescribe the pills and mail them from a pharmacy in India. Because Aid Access has doctors who don’t work in the U.S., they aren’t subject to state laws (so long as they don’t travel to those states). Through this workaround, Aid Access says, it is still doing telemedicine abortion and sending pills to all 50 states.

A person can also order pills directly from a pharmacy outside the U.S. without a prescription and then self-manage the abortion.

An organization called Plan C has a search engine that will suggest the easiest way to get abortion pills in every state. It maintains a list of overseas pharmacies it thinks are legitimate, which deliver the pills for prices starting around $250. This route requires a credit card or another way to pay electronically.

Is it sketchy to order abortion pills from India?

Yes. The pharmacy websites often look pretty dodgy, and according to the U.S. FDA, importing pills from outside the country is usually illegal. However, the agency has a policy of looking the other way when the drugs are for personal use.

Right now, there doesn’t seem to be much legal risk to individuals from ordering pills online, although that could change in the future if states seek to make possession of them a crime.

How should people prepare for the end of Roe?

It’s a good idea to read up on abortion pills and how to get them. Another option is to order the pills now, while it’s still possible, and keep a supply on hand.

Aid Access is currently willing to mail pills to people who are not pregnant. The pills have a shelf life of at least three years.

Overall, it’s always better to use a U.S. pharmacy and see a doctor. But if Roe is overturned, anyone who lives in a state that bars doctors from prescribing abortion pills won’t have that choice.

That’s the big question going forward. If people turn to self-medication to get around abortion laws, there are likely to be efforts to restrict access to the pills or even criminalize possession of them.

Will abortion pills ever be available over the counter?

Don’t hold your breath. While abortion pills have many features of drugs sold over the counter, like being safe and relatively easy to use, there’s a decade-long battle ahead before that happens.

Correction: Jill Adams is executive director of If/When/How. An earlier version of this article misstated her surname as Abrams.