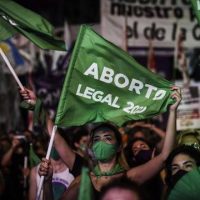 On 30 December, Argentina’s Senate voted to legalise abortion after many years of mass protests around the issue. In the wake of this important victory, Red Flag spoke to Cele Fierro, an activist with the anti-capitalist feminist group Juntas a la Izquierda and a member of the national leadership of the Movimiento de los Trabajadores (MST) […]