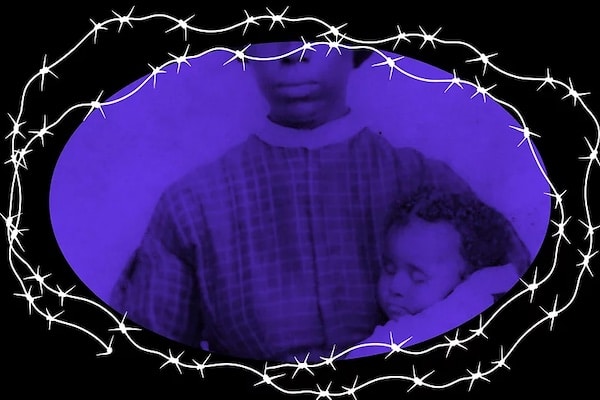 Earlier this week, Politico released the text of a yet unpublished Supreme Court draft opinion in the pending abortion-rights test case Dobbs v. Jackson Women’s Health Services. The opinion, which was likely obtained while it was shared among the justices, was penned by Associate Justice Samuel Alito. In it, Alito writes with emphatic disdain of the landmark 1973 high court ruling establishing a constitutional right to abortion:

Roe was egregiously wrong from the start. Its reasoning was exceptionally weak, and the decision has had damaging consequences. And far from bringing about a national settlement of the abortion issue, Roe and Casey [the 1992 decision bolstering the court’s position in Roe] have enflamed debate and deepened division.

According to the Politico report, four of the court’s other conservative justices, Clarence Thomas, Neil Gorsuch, Brett Kavanaugh and Amy Coney Barrett, voted with Alito. The upshot of this emerging court consensus is brutally clear: as soon as the opinion is formally released, abortion will cease to be a woman’s constitutional right in the United States. Individual states can now pass laws that forbid and criminalize abortion. And under the terms outlined in Alito’s opinion, they need not even have an exception for incest or rape.

Just like that, then, the state has re-taken control over women’s bodies. Some will be more affected by the new battery of state-sanctioned abortion crackdowns than others. Blue states can still elect to protect a woman’s right to choose and make it easier for women who are not state residents to get the procedure. American women in red states will thus bear the brunt of the court’s diktat; laws in these jurisdictions will likely try to outdo each other in crafting the most all-encompassing abortion ban. (Thirteen states have already ratified rapid-trigger abortion bans, set to go into force the day that the high court ruling in Dobbs becomes official; Texas is already positioned on the far-right vanguard, with a law providing for public bounties on abortion providers.) Of the women in red states, the ones who will suffer the most will be poor women, who are five times more likely to need an abortion than their affluent counterparts. Data show that more than 60 percent of abortion procedures are done for women of color. These women will suffer the full force of the Supreme Court’s reckless decision to deny them the right to choose.

The push to end abortion rights has been a rallying cry on the American right for decades. And since the exercise of the right to choose now maps more visibly onto women of color than it has before, the opposition to a woman’s right to choose translates much more directly into opposing the right of a woman of color having control over her own body. In 2022, opposing abortion is not only sexist; it is also racist. For all its rhetorical flourishes and bids for legal and political legitimacy, the draft opinion in Dobbs highlights men’s perverse obsession with controlling the bodies of women of color.

This is part and parcel of a much older quest on the part of white male political hierarchies to paint poor women of color as morally deficient and thus justifiably subject to coercive control. In the nineteenth century, when the British East India Company consolidated its regime of loot and plunder in the Indian subcontinent, its officials made a point of establishing control over women’s bodies. They did this using the Contagious Diseases Act of 1868 and The Cantonment Act of 1864 and similar statutes that classified vast swathes of the Indian female population as sources of moral and physical contamination. Muslim and Hindoo women alike were instantly stigmatized as “sexually brazen.” And this imputed status granted colonial British authorities the authority to subject any woman who fell under the statutory category of “prostitute” to forcible pelvic examinations.

In 2022, opposing abortion is not only sexist; it is also racist.

Things did not stop there. Even though laws against abortion were never enforced in Britain itself, strict criminalization of abortion was enacted in India because the putatively poor moral character of Indian women required it. The point of this crackdown was to create a freestanding legal structure to portray Indian women as morally deficient, evil baby-killers. This punitive obsession took grim forensic shape: Colonial authorities even examined the bodies of deceased women to establish whether they had died while trying to abort babies; the wombs of many such women were then preserved in medical museums as exhibits. In one 1885 autopsy, a woman named Kally Bewa was found guilty of “a rash and negligent act”—i.e., an abortion—under Section 304 of the Indian Penal Code and thus worthy of imprisonment. It did not matter that she was already dead.

There is no way to understand the Alito opinion’s determined push to re-criminalize abortion apart from this longstanding racist obsession with controlling the bodies of Black and Brown women. Measures such as the Texas bounty system are clearly of a piece with past mobilizations of state power to shame, marginalize, and punish women for exercising reproductive freedom—up to the point of death, and beyond. Under the broad framework of the court’s consensus in Dobbs, look for other red states to embark on a race to the bottom—not only to criminalize abortion but to victimize and punish all those (including, most especially, the people seeking to terminate a pregnancy) who may be suspected of carrying it out.

The state of Indiana, where I live, already embarked on this path in two separate cases, both involving immigrant women accused of having committed feticide. In 2011, Bei Bei Shuai, a Chinese immigrant, was brought to an ER after she had tried to kill herself with a drug overdose. She survived, but her fetus died, and she ended up in jail. The state of Indiana brought charges under its 1979 feticide law; Shuai was finally freed in 2013 after she agreed to a plea deal and was sentenced to time served. In 2015, an Indian woman named Purvi Patel was convicted on feticide charges by a jury in South Bend, Indiana. Patel was released in 2016 after the law was overturned in court. In Mississippi, Rennie Gibbs, a Black girl of 16, was convicted of “fetal harm” and sentenced to life in prison after she gave birth to a stillborn child because of her cocaine addiction. She is still serving her sentence.

​Past mobilizations of state power sought to shame, marginalize, and punish women for exercising reproductive freedom—up to the point of death, and beyond.

It’s important to revisit these cases because abortion bans and fetal-harm laws go together. For abortion foes looking to exert maximal control over women’s bodies, it’s never sufficient to condemn abortion and subject women seeking to terminate their pregnancies to detention and criminal fines. No, the women in question must be vilified as baby-killers and deficient, immoral creatures.

This logic is all the more irresistible on much of the American right, now that non-white women are more likely to seek abortions than their white counterparts. Indeed, this racial dynamic is likely the deeper psychic rationale beyond Alito’s otherwise inexplicable detour, in the leaked draft opinion, into long-ago eugenicist theories of birth control as selectively racist population control; it’s hard to see this as anything other than a desperate bid to inoculate the Dobbs decision from charges of racialized policy-making from the bench as it translates on the ground into scarce, stigmatized, and prohibitively distant and expensive abortion access for a group of women who are disproportionately nonwhite and poor. And just as is the case with other deceptively packaged appeals to universal racial comity—the ritual invocation of Martin Luther King’s “content of our character” line alongside the rolling critical race theory bans across the states comes inevitably to mind—the careful deployment of superficial colorblind rhetoric ensures that the old measures of racial backlash can now proceed with a new impunity. This is clearly the disparate and unequal socio-sexual order that the high court’s new right-wing majority seeks to underwrite; it’s now up to the rest of us to stop the drift back into maniacal, death-defying control of women’s bodies at all costs.

​ Rafia Zakaria is the author most recently of “Against White Feminism” (W.W. Norton, 2021). She is a writing fellow for The Forum, and is also a columnist for The Baffler and Dawn (Pakistan).