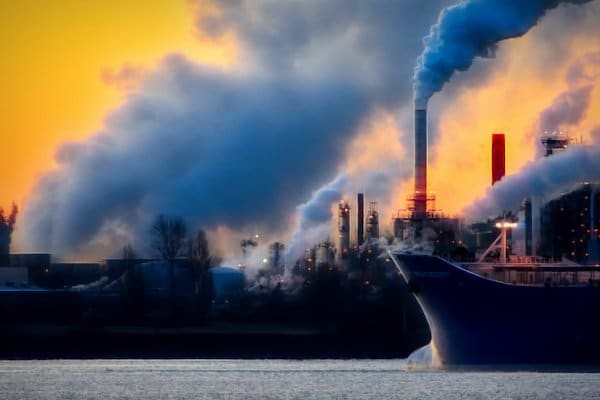 In a 6‒3 decision, the United States Supreme Court ruled on June 30 against the Environmental Protection Agency’s (EPA) ability to regulate greenhouse gas emissions, a move that signals a major setback in the fight against climate change.

This ruling effectively puts an end to President Joe Biden’s promise to reduce emissions by 50% by 2030.

It makes the U.S. an outlier in the world’s fight to save the planet. Not only will working people suffer at home, but the planet also faces climate catastrophe. The U.S. remains the world’s largest climate polluter, with per capita carbon dioxide emissions twice that of China (15.5 tons of CO2 versus 7.4 tons).

In the opinion by Chief Justice John Roberts, the rightist justices said that Congress had not authorised a 2015 rule adopted by the EPA aimed at shifting energy use from coal to natural gas and from fossil fuels to renewables.

The ruling sidestepped the “Chevron doctrine”, according to the court. That doctrine–which was created by the 1984 Supreme Court decision Chevron vs National Resources Defense Council–says the courts must defer to government agencies’ reasonable interpretation of laws passed by Congress.

The two-part test for deference rests on whether the language of a statute is ambiguous or the intent of Congress not clear and secondly, whether the interpretation is reasonable or permissible.

The court could have said that, since Congress’s granting of statutory authority to the EPA was ambiguous, it would allow the Barack Obama-era EPA regulation to stand.

Instead, the hard-right Republican court articulated and embraced for the first time what is in effect a new doctrine of law, which it called the “major questions doctrine”.

Under that new doctrine, “if an agency seeks to decide an issue of major national significance, its action must be supported by clear statutory authorization”, according to the Congressional Research Service. Or in the words of the court’s decision, when an agency finds what the court considers to be a new power in a “vague” grant of statutory authority from Congress, the court must “hesitate before concluding” that the grant of power in fact exists.

This will have far-reaching impacts.

The EPA was formed on December 2, 1970, with a clear mandate to protect the environment. How much it did was dependent on the political leadership in the White House and Congress. Nowhere is it stated that the agency’s decisions on regulations have to be approved by the courts and politicians.

Yet, the theory that Congress may give agencies the authority to interpret ambiguous statutes is the orthodox understanding of why the Chevron doctrine is consistent with the Constitution. In fact, long ago that was articulated by conservative Justice Antonin Scalia.

In dissenting, Justice Elena Kagan, joined by the court’s two other liberals, spoke plainly. She insisted that the major questions doctrine was a new invention of the court, despite Roberts’ claim to have found it in precedent.

She concluded her opinion with a devastating rebuke:

The Court appoints itself–instead of Congress or the expert agency–the decision-maker on climate policy. I cannot think of many things more frightening.

With this ruling, the world is set to exceed a temperature rise of 1.5 degrees Celsius over pre-industrial levels, triggering climate catastrophe either step by step or a sudden “tipping point”.

Biden has promoted more fossil fuel development, allowing more fracking for gas and drilling for oil. It is now certain that the U.S. will not achieve carbon neutrality by 2050, unless the present Supreme Court, with its Justices appointed for life, is forcibly overthrown and a new one established that could reverse this ruling–something the Democrats are opposed to doing.