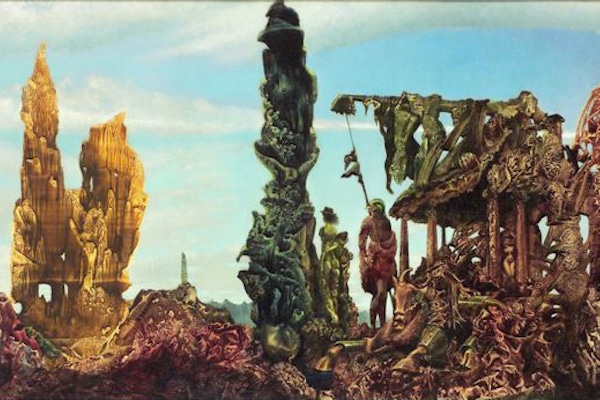 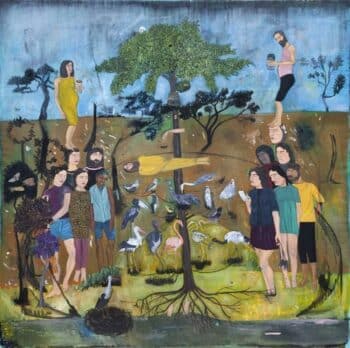 Over the course of the past fifteen years, European countries have found themselves with both great opportunities to seize and complex choices to make. Unsustainable reliance on the United States for trade and investment, as well as the curious distraction of Brexit, led to the steady integration of European countries with Russian energy markets and more uptake of Chinese investment opportunities and its manufacturing prowess.

Closer linkages between Europe and these two large Asian countries (China and Russia) provoked the U.S. agenda to prevent that integration or delay it. This agenda, now deepened during the recent Group of 7 (G7) meeting in Germany and the North Atlantic Treaty Organisation (NATO) summit in Spain, is creating a dangerous situation for the world.

This goes back to the financial crisis of 2007–08, which was spurred on by the collapse of the U.S. housing market and several key U.S. financial institutions. The crisis signalled to the rest of the world that the U.S.-centred financial system was untrustworthy. The U.S. could not remain the market of last resort for the world’s commodities. G7 countries–which saw themselves as the guardians of the global capitalist system–begged states outside their orbit, such as China and India, to put their surpluses into the Western financial system to prevent its total meltdown. In return for this service, countries outside of the G7 were told that, henceforth, the G20 would be the executive body of the world system and the G7 would gradually disband. Yet, almost twenty years later, the G7 remains in place and has arrogated to itself the role of world leader, with NATO–the Trojan horse of the U.S.–now positioning itself as the world’s policeman.

NATO’s Secretary-General Jens Stoltenberg has said that the organisation will undergo the largest overhaul of its ‘collective deterrence and defence since the Cold War’. The NATO member states, now with the addition of Finland and Sweden, will expand their ‘high readiness forces’ from 40,000 troops to 300,000 who, equipped with a range of lethal weaponry, will ‘be ready to deploy to specific territories on the alliance’s eastern flank’, namely the Russian border. The United Kingdom’s new chief of the general staff, General Sir Patrick Sanders, said that these armed forces should prepare to ‘fight and win’ in a war against Russia. 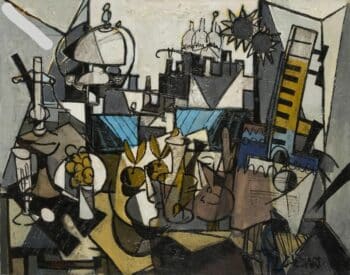 With the conflict in Ukraine ongoing, it was obvious that NATO would foreground Russia at the Madrid Summit. But the materials produced by NATO made it clear that this was not merely about Ukraine or Russia but about preventing Eurasian integration. China was mentioned for the first time in a NATO document at the 2019 London meeting, in which it was said that the country presented ‘both opportunities and challenges’. By 2021, the tune had changed, and NATO’s Brussels Summit communiqué accused China of ‘systemic challenges to the rules-based international order’. The revised 2022 Strategic Concept accelerates this threatening rhetoric, with accusations that China’s ‘systemic competition… challenge[s] our interests, security, and values and seek[s] to undermine the rules-based international order’.

Four non-NATO countries–Australia, Japan, New Zealand, and South Korea (the Asia-Pacific Four) attended the NATO summit for the first time, which drew them closer to the U.S. and NATO’s agenda to put pressure on China. Australia and Japan, along with India and the U.S., are part of the Quadrilateral Security Dialogue (Quad), often called the Asian NATO, whose clear mandate is to constrain China’s partnerships in the Pacific Rim area. The Asia-Pacific Four held a meeting during the summit to discuss military cooperation against China, erasing any doubt about the intentions of NATO and its allies.

In the wake of the revelations of the 2007–08 financial crisis and the G7’s broken promises, the Chinese adopted two pathways to gain more independence from the U.S. consumer market. First, they improved the domestic Chinese market by increasing social wages, integrating China’s western provinces into the economy, and abolishing absolute poverty. Second, they built trade, development, and financial systems that were not centred around the U.S.. The Chinese participated actively with Brazil, India, Russia, and South Africa to set the BRICS process in motion (2009) and put considerable resources into the Belt and Road Initiative or BRI (2013). China and Russia settled a long-standing border dispute, enhanced their cross-border trade, and developed a strategic collaboration (but, unlike the West, did not formulate a military treaty). 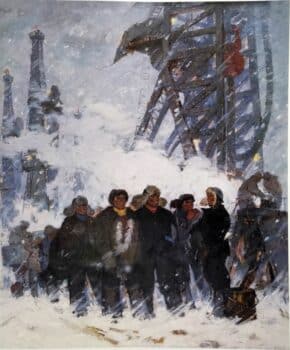 During this period, Russian energy sales to both China and Europe grew and several European countries joined the BRI, which increased mutual investments between Europe and China. Earlier forms of globalisation in Eurasia were limited by colonialism and the Cold War; this marked the first time in 200 years that integration began to take place on an equitable foundation across the region. Europe’s trade and investment choices were utterly rational, as piped natural gas through Nord Stream 2 was far cheaper and less dangerous than liquified natural gas from the Persian Gulf and the Gulf of Mexico. Considering the chaotic Brexit situation and difficulties in getting the Transatlantic Trade and Investment Partnership off the ground, much of Europe saw Chinese investment opportunities as far more generous and dependable than other alternatives. In contrast, risk-averse and rent-seeking private equity from Wall Street became less attractive to the European financial sector.

Europe was drifting inexorably towards Asia, which threatened the basis of the U.S.-dominated economic and political system (also known as the ‘rules-based international order’). In 2018, U.S. President Donald Trump publicly chastised NATO’s Stoltenberg, telling him, ‘we’re protecting Germany. We’re protecting France. We’re protecting all of these countries. And then numerous of these countries go out and make a pipeline deal with Russia, where they’re paying billions of dollars into the coffers of Russia. …Germany is a captive of Russia… I think it’s very inappropriate’.

While NATO’s language has turned to threats of war against China and Russia, the G7 has pledged to challenge China-led initiatives by developing the new Partnership for Global Infrastructure and Investment (PGII), a $200 billion fund to invest in the Global South. Meanwhile, the leaders at the BRICS summit, held at the same time, offered a sober appraisal of the times, calling for negotiations to end the Ukraine War and measures to be taken to stem the cascading crises experienced by the world’s poor. There was no talk of war from this body which represents 40% of the world’s population, and BRICS’s strength may well grow as Argentina and Iran have applied to join the bloc.

The U.S. and its allies seek either to remain hegemonic and weaken China and Russia or to erect a new iron curtain around these two countries. Both approaches could lead to a suicidal military conflict. The mood across the Global South is for a more measured acceptance of the reality of Eurasian integration and the emergence of a world order based on national and regional sovereignty and the dignity of all human beings, none of which can be realised through war and division. 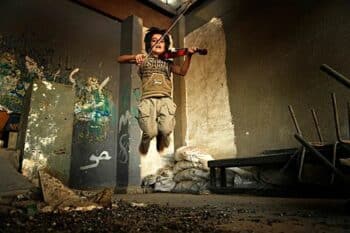 Anticipations of a war at a scale not seen before evokes ‘A Personal Song’ by the Iraqi poet Saadi Yousif (1934–2021), written just before the U.S. started its deadly bombardment of Iraq in 2003:

Distant missiles will applaud;
soldiers armed to the teeth will storm us;
minarets and houses will crumble;
palm trees will collapse under the bombing;
the shores will be crowded
with floating corpses.
We will seldom see Al-Tahrir Square
in books of elegies and photographs;
Restaurants and hotels will be our roadmaps
and our home in the paradise of shelter:
McDonald’s
KFC
Holiday Inn;
and we will be drowned
like your name, O Iraq,
Iraq, Iraq, nothing but Iraq.