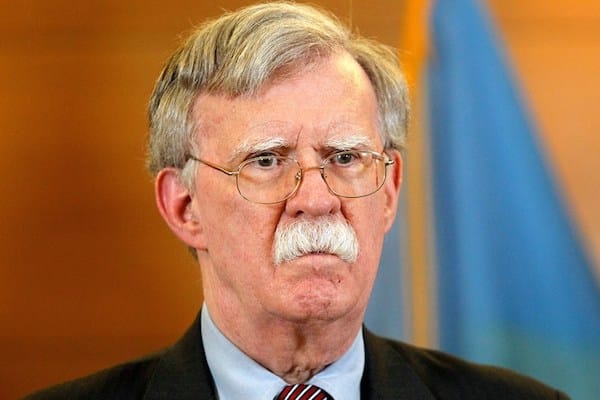 Former U.S. ambassador to the United Nations and former White House national security advisor under Donald Trump John Bolton explicitly admitted to having a hand in overthrowing governments around the world.

Bolton made the remarks just after the Tuesday congressional hearing into the January 6, 2021, Capitol Hill riots. On Tuesday, the lawmakers in the investigation panel pointed their fingers at Trump, whom they accused of inciting violence in an attempt to remain in power after losing the elections in 2020.

In the CNN interview with anchor Jake Tapper, Bolton asserted that Trump was not competent enough to execute a “carefully planned coup d’état,” boasting of his expertise, adding:

As somebody who has helped plan coups d’état-not here but you know (in) other places-it takes a lot of work. And that’s not what he (Trump) did.

Jake Tapper: "One doesn’t have to be brilliant to attempt a coup."

John Bolton: "I disagree with that. As somebody who has helped plan coup d’etat, not here, but other places, it takes a lot of work." pic.twitter.com/REyqh3KtHi

Tapper asked which countries he was referring to: “I’m not going to get into the specifics,” Bolton said, before mentioning Venezuela. “It turned out not to be successful. Not that we had all that much to do with it but I saw what it took for an opposition to try and overturn an illegally elected president and they failed,” he said.

In 2019, Bolton publicly supported Juan Guaido’s demand that the military back his conspiracy to overthrow the government of democratically-elected socialist leader President Nicolas Maduro, arguing that the Venezuelan election was illegitimate. The coup failed and Nicolas Maduro remains Venezuela’s President, despite all sanctions and embargos.

“I feel like there’s other stuff you’re not telling me (beyond Venezuela),” the CNN anchor said, fishing for more details from Bolton:

I’m sure there is.

While some research suggests that Washington has directly intervened in many countries around the world, from assassinations to overthrowing governments, it is nonetheless rare for a U.S. official to admit to being behind political turmoil in other countries.

Dickens Olewe, a BBC journalist from Kenya, remarked on the revelation on Twitter: