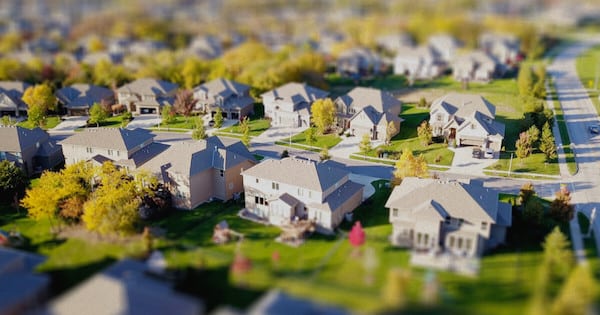 Who, or what, is the “middle class”? Most people identify themselves as middle class, but what does that mean, and what difference does it make?

This article’s first focus is on the concept of middle class, especially the way people understand it and use it, from the perspectives of those who answer survey questions to the analysts who study social inequality. The way “class” is defined and used has the effect of rendering some social processes invisible.

Second, Marxist analysis offers a much different conception of class, one that brings to light social dynamics hidden in the bourgeois perspective. Third, what are the material conditions and consciousness of the U.S. “middle class” today, and what are the political pressures that are bearing down on different segments of the economy?

Economists, pollsters, and many policy researchers define class with reference simply to individuals’ or households’ annual income. For example, the Pew Research Center arrays all income data points in a line, from lowest to highest. The very middle point is the median. Then, people with incomes of less than two-thirds of the median are labeled “lower income.” “Upper income” are those with incomes twice the median or more. All those in-between are “middle income” or “middle class.”

The advantage of this technique is that it offers a specific measure that can be used to compare inequality across time and place, data which the Pew Research Center regularly reports. The disadvantage is that it hides the impact of a host of other factors determining one’s relative position in the economy, like wealth and social status. And, unlike a Marxist analysis, this view of class, with its more or less arbitrary boundaries, doesn’t recognize that classes are collectivities that have a social reality over and above their individual members, and that act more effectively for social change than any individual member could possibly act.

Some use the term “middle class” simply to distinguish it from those with the least income, who become known collectively as “the poor.” Reverend William Barber of the Poor People’s Campaign, for example, criticized the Democratic Party’s sole focus on the middle class, which he contrasted with the interests of the poor, as he said about poverty at a recent online meeting:

Sociologist Mary Pattillo, in her 2005 study of “Black Middle-Class Neighborhoods” in the Annual Review of Sociology, writes that defining the middle class is difficult and that her article might better be entitled “Black Non-Poor Neighborhoods.” Trade union discourse tends to rely on the term to describe the benefits of good union jobs. Columbus Ohio building trade union activist Dorsey Hagar, for example, says that union jobs get workers “on that direct path to the middle class where they’re providing for themselves and their family.”

Besides income, some people understand “middle class standing” as a social status, like occupational prestige and years of education. Sociologists today define the middle class as an ever-changing assortment of different occupational groups in “a heterogeneous and historically shifting middle class rather than distinct entities.”1 Others define middle class by levels of consumption, such as aspirations for home ownership, children’s education, health insurance and economic security, as in a 2010 Commerce Department document prepared for then Vice-President Joe Biden.

If being middle class were just a matter of self-perception, almost all Americans would be in the middle class, according to one 2015 survey, which found that well over 85% call themselves middle class. Racial identification matters too; whites are far more likely to define themselves as middle class than are African Americans with similar incomes.

In Marxist analysis, the understanding of “class” is very different. It starts by looking at large-scale social processes, and finds the basis of social classes in the relations of production in the economy. Those who own and control the means of production, and who are able to take ownership of all that is produced, form the ruling class; in capitalist society the ruling class is the bourgeoisie, while in feudal society, it was the landed aristocracy.

Those who sell their labor power to the owners of the means of production are the proletariat or working class. Instead of class as a characteristic of individuals, Marxist analysis studies the way classes act in society as collective actors. Struggle between classes is the “motor of history,” driving all social change.

Classes are rooted in the common material interests that derive from a similar relationship to the means of production. But that is not enough to unite or empower a class. To be a class “for itself” as well as “in itself,” a class needs a “community, … national bond, and … political organization,” as Marx said in The Eighteenth Brumaire of Napoleon Bonaparte.

The small-holding French peasants he studied had common material interests, but they lived apart from one another and were unaware of those commonalities. They were just, in Marx’s words, “the simple addition of homologous magnitudes, much as potatoes in a sack form a sack of potatoes.” As a class, the peasantry was only as powerful as the sum of its parts.

A class’s real power, over and above the sum of its members, is derived not just from common material interests, but from the class’s awareness of itself as a class engaged in struggle with other classes. That class consciousness was what empowered the industrialists of the eighteenth and nineteenth centuries to defeat the landed aristocracy, and it will be what empowers the proletariat to defeat the capitalist ruling class.

Historical materialism predicts that society will become more and more polarized into two great classes, in conflict with each other. But other classes exist simultaneously. Some are vestiges of earlier stages of class relations, like the remnants of the landed aristocracy. Marx recognized that throughout history there are strata in society that are between the two great classes.

New technologies may bring changes in class relations that hasten the demise of the old system. One of these “middle” classes for Marx was the occupational group of merchants who emerged from the separation of production and commerce at the dawn of the industrial age.

When the Pew Research Center or the New York Times refers to the “middle class,” they are referring to a sector of the working class. Roberta Wood in her pamphlet “Marxism in the Age of Uber” has an expansive vision of the working class as 90 percent of the U.S. population:

Even before the pandemic, the non-poor working class was being squeezed financially. “The costs of housing, health care and education are consuming ever larger shares of household budgets, and have risen faster than incomes,” according to a 2019 article in the New York Times.

Then, the pandemic economy hit. The effects of loss of jobs and income have been severe and will reverberate for years to come. Working families face food insecurity, utility shut-offs, loss of health insurance, and eviction. According to a Pew Research Survey, about a quarter of all adults in the U.S., and one in every three low-wage workers, lost their jobs.

More women than men, and especially Black and Latinx women, report having trouble paying their bills, and are more likely than men to have borrowed money, used savings that had been set aside for retirement, and gotten food from a food bank.

Small business owners, the petty bourgeoisie in Marxist terms, is seen as a “middle” class, torn in their loyalty to the working class, which is closest to it in material conditions, or to the ruling class, to which it improbably aspires. Owners of small businesses and independent professionals may employ a handful of individual workers, whom they exploit by appropriating the surplus value of their labor in the same way that big corporations exploit workers.

In the U.S., this sector is very engaged politically; one study found that 98% of small business owners were registered to vote and 62% have contributed to campaigns. A survey from before the pandemic showed that a majority of small business owners benefited from the 2017 tax cuts and believed that their businesses would be better off if Trump were re-elected.

Some members of this group endorse the extreme right. As C. J. Atkins pointed out, the Atlantic documented that the insurrectionists who stormed the Capitol on January 6 were “a cavalry made up of ‘business owners, CEOs, state legislators, police officers, active and retired members of the military, real-estate brokers,’ and others.”

An article in the Washington Post revealed that almost 60% of those charged in the Capitol insurrection “showed signs of prior money troubles, including bankruptcies, notices of eviction or foreclosure, bad debts, or unpaid taxes over the past two decades.” Downward mobility no doubt fueled their anger.

But this sector is still powerless compared to big business. Like the working class, it is vulnerable to the vagaries of the capitalist economy of boom and bust. Small business owners were hit hard in the current recession. In September 2020 it was estimated that 100,000 small businesses that had shut down due to the pandemic had closed permanently. Black-owned businesses closed at twice the rate of white-owned businesses. That was even before the autumn surge in cases and further lockdowns.

These times remind me of the saying, “Every woman is six weeks away from welfare.” It recognized the vulnerability of working women in particular, who often had sole responsibility for their children as well as themselves. Even if comfortably situated today, lulled by the idea that they had joined the middle class, job losses or medical emergencies could quickly drive people into poverty. Only the ruling class is protected.

Originally published on CPUSA.org under a Creative Commons license.

Melanie Archer and Judith Blau, “Class Formation in Nineteenth-Century America: The Case of the Middle Class,” Annual Review of Sociology, 1993, vol. 19, no. 1.