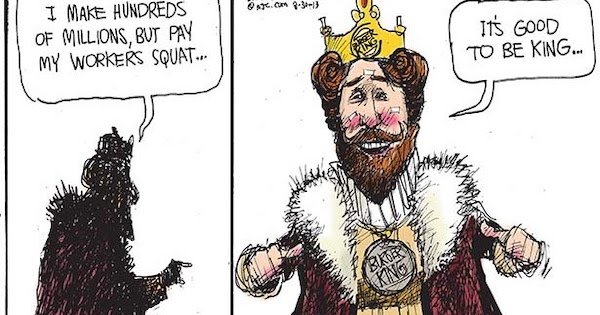 Real earnings, or workers’ wages after adjusting for inflation, had their biggest drop in 40 years last month, as prices continued to rise faster than paychecks. Real average weekly earnings, which best reflect workers’ paychecks after adjusting for changes in wages, prices and hours worked, fell 1% in June of 2022 according to the U.S. Bureau of Labor Statistics. Over the last year, real average weekly earnings fell 3.9% as inflation outpaced pay raises and average weekly hours fell by almost an hour.

Prices paid by production and non-supervisory workers (the CPI-W) rose 9.7% as compared to June 2021, a 40-year high. This is even higher than the 9.1% for the headline Consumer Price Index for all urban consumers (CPI-U) which also hit a 40-year high. This CPI includes prices for goods and services bought by professionals, supervisors and managers, and businesspeople, as well as workers.

The increase in annual inflation from 9.2% in May to 9.7% in June has led many economists to predict that the Federal Reserve may raise short-term interest rates by a full one percent at their next meeting later in July. Before the latest inflation report, expectations were that the Fed would raise interest rates by 3/4 of one percent, the same as in their June meeting.

For example, gasoline prices, which are up almost 60% from a year ago, reflect the higher oil prices in the wake of the U.S. economic sanctions on Russia. Western oil giants such as Shell, Exxon Mobil, Chevron and British Petroleum are not pumping more oil to make up for the lack of Russian oil, instead they are seeing their profits triple or more as prices rise but their costs do not.

The cost of rents and owners’ housing is up “only” 5.5 to 5.8%, but this makes up a third of the CPI. While the price of homes and the cost of mortgages continue to rise, this just makes home buying less affordable. This increases the demand for rentals, causing rents to rise.

An even faster increase in interest rates is increasing the chances of a recession in the near future. Scattered reports of large companies laying off workers finally showed up in the weekly new claims for unemployment insurance, which jumped to 244,000 for the week ending July 9. While low compared to some of the records set with the pandemic in 2020, it is still the highest number of new applications since November of 2021.

The next recession shows few signs of being as steep as the one in 2020 with COVID-19, or the 2007 to 2009 recession with the greatest financial crisis in the United States since the 1930s. However the typical Keynesian government responses of lower interest rates and more government spending are unlikely to happen. The Federal Reserve is focused on raising interest rates to fight inflation and has said that a recession may be necessary to bring inflation down. The massive federal government aid for extended and expanded unemployment benefits, eviction and foreclosure protections, and increased food stamps, as well as easier access to health insurance and a moratorium on student loan payments are almost certain not to come back with Republicans holding half the Senate and a couple of conservative Democratic senators, such as Manchin of West Virginia, able to block more social spending.