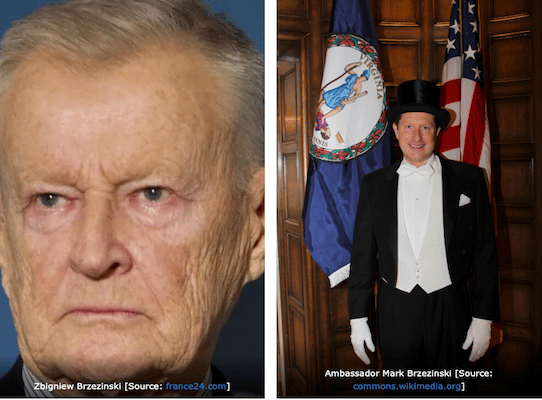 In late June, President Joe Biden announced before a NATO summit that the United States would establish a permanent military base in Poland, the first time the U.S. would have one on NATO’s eastern flank.

The base will provide a permanent headquarters in Poland for the U.S. Army’s V Corps.

At the moment there are already approximately 10,000 U.S. soldiers in Poland, which has provided a hub for U.S. and other Western countries’ arms shipments to Ukraine.

In April, U.S. Defense Secretary Lloyd Austin III agreed to accelerate delivery of U.S.-made Patriot air defense systems, HIMARS rocket launchers, F-35 combat aircraft and Abrams tanks to Poland and to help its military become “one of the most capable in Europe.”

Poland’s Defense Minister, Mariusz Błaszczak, said that the U.S. had agreed to sell Poland additional supplies of attack helicopters, drones and multi-role aircraft, which was made possible by passage of a new Homeland Defense Act in Poland boosting Poland’s defense spending to 3% of GDP, one of the highest levels in NATO.

Poland Prime Minister Mateusz Morawiecki gushed about the results of the NATO summit in Madrid at the end of June, along with the recent invitation by NATO to Finland and Sweden to join NATO, which he said was a “historic decision as the Baltic Sea will, in fact, become a NATO internal sea.”

The Biden administration has accelerated its predecessor’s efforts to move the core of NATO from Paris and Bonn—what Donald Rumsfeld famously termed “old Europe”—to the East, as part of an aggressive drive to control former parts of the Soviet Union and Central Asia.

This policy has been part of the resurrection of the Intermarium—a geopolitical concept originating in the post-World War I era that envisages an alliance of countries reaching from the Baltic Sea over the Black Sea to the Aegean Sea that would serve as an alternative power bloc between Germany and Russia.

Russian Deputy Foreign Minister Vladimir Titov told Sputnik News that the Patriot deployments were “part of a U.S. plot to surround Russia with missile defense systems under the pretext of mythical threats to security.”

Now this plot has become ever more menacing to Russia, with the U.S. surrounding Russia not only with missile defense systems but also action-ready combat troops.

The Polish government under President Andrzej Duda is a reactionary regime which has banned the Communist Party of Poland, prohibited the promotion of communist ideas and introduced LGBT “free zones.”

Duda is a leader of the right-wing Law and Justice Party, which legalized government control over the media and has promoted the repression of critical intellectuals.

Duda has also promoted a right-wing revisionism surrounding World War II. In 2018, Duda signed a law that banned people from accusing Poland of Holocaust atrocities committed by the Nazis and from referring to concentration camps as “Polish death camps.”

The Duda regime has made a point of emphasizing Polish resistance to the Nazis, but has underplayed Polish crimes like the Jedwabne pogrom in July 1941, where Poles rounded up and killed their Jewish neighbors.

The current U.S. ambassador to Poland, Mark Brzezinski, is the son of Zbigniew Brzezinski, a key mastermind of U.S. foreign policy for decades, who supported Islamic terrorists in Afghanistan in the late 1970s and 1980s in an attempt to give the Russians their Vietnam.

A life-long Democrat who was close to Joe Biden when he was vice president, Zbigniew came from a Polish aristocratic family who hated the Russians.

His father, Tadeusz, fought for Poland in the Battle of Lvov in the Soviet-Polish War of 1920—the only defeat in the history of the Red Army, which Tadeusz said helped save Western civilization[1]—and was a Polish diplomat posted to the Soviet Union in the 1930s during Stalin’s Great Purge.

After fleeing to Canada following the Communist takeover in Poland after World War II, Tadeusz moved to Montreal and became president of the far-right Canadian Polish Congress (1952-62).

A chip off the old block, Brzezinski grew up hearing stories from his father about mass disappearances in Soviet Russia, which he said “had an enormous impression on me at a young age.”[2] A star student, Zbig received a B.A. and M.A. from McGill University in 1949 and 1950 and a Ph.D. from Harvard in 1953 with a dissertation on the relationship between the October Revolution, Vladimir Lenin’s state and the actions of Joseph Stalin.

Around this time, he came into contact with Jan Nowak-Jezioranski, head of the Polish desk of the CIA’s propaganda organ, Radio Free Europe.

Brzezinski subsequently collaborated with his Harvard colleague Carl J. Friedrich to develop the concept of totalitarianism in their 1956 book Totalitarian Dictatorship and Autocracy as a way to more powerfully characterize and criticize the Soviets.

The concept was rebuked by historians because it rejected the possibilty of change within the Soviet system, which occurred under glasnost and perestroika, and created a false binary between the “democratic” West and Communist bloc states.

After teaching at Harvard and Columbia, Brzezinski was appointed Jimmy Carter’s National Security Adviser. In that position, he advocated for “an arc of Islam” across the Middle East to counter Soviet influence. Brzezinski also lobbied successfully for ending Richard Nixon and Henry Kissinger’s détente policy and for using China as a tool against the Soviet Union.

An early supporter of the Vietnam War who characterized the New Left as “an infantile disorder,” Brzezinski was a founder of the Trilateral Commission, which sought to revitalize U.S. power after Vietnam while strengthening the U.S. alliance with Western Europe and Japan.[3]

In his 1997 magnum opus, The Grand Chessboard: American Primacy and Its Geostrategic Imperatives (1997), Brzezinski drew on the theories of British imperial strategist Halford Mackinder to advocate for U.S. dominance of Central Asia, which he regarded as the key to world domination.

Brzezinski was despised in Russia, where he was viewed as anti-Soviet and a Russophobe. Before his death in 2017, he warned that Putin was intent on re-establishing the former czarist empire.

He supported sanctions against Russia, NATO expansion and the 2014 coup in Ukraine and U.S. arming of Ukraine with anti-tank weapons so it could carry out urban warfare against the Russians.

Brzezinski said that the U.S. should help those wanting to break up the Russian Federation, irrespective of who they are.

Another Chip Off the Old Block

Zbig’s son Mark—a corporate lawyer with a Ph.D. in political science from Oxford who served from 1999 to 2001 as director of Russian/Eurasian and Southeast European affairs at the National Security Council—has a similar worldview to both his father and grandfather.

A member of the Council on Foreign Relations, an elite think tank advocating for imperialist foreign policies, and the Trilateral Commission like his dad, the younger Brzezinski helped lead U.S. policy implementation in relation to NATO enlargement in the late 1990s.

He also helped oversee a color revolution in Serbia that resulted in the ouster of Socialist Slobodan Milošević, who had tried to keep the Yugoslav Federation together and resisted U.S. regional designs.

With regard to the Ukraine War, Mark Brzezinski claimed that, “for Poland, this is 1939. This is the invasion of a Slavic country, with the people trying to fight back, and the Poles want to help. This is what the Ukraine crisis is for Poland. And it’s an amazing story because, unlike 1939, you now have people getting into their cars, driving to the border, picking up Ukrainian families, and taking them to put them into people’s homes and apartments.”

In short, the Russians are playing the role of the Nazis and Poles the saviors of the victims of their invasion.

Being on the front lines of the Ukraine War, Poland has supplied Ukraine with howitzers as part of a $650 million military weapons contract—the biggest in the last three decades—while taking in millions of Ukrainian refugees and serving as a main conduit of Western weapons and aid under Mark Brzezinski’s careful watch.

At the end of June, the Russians claimed to have killed “up to 80 Polish fighters” in eastern Ukraine while at least two battalions of Polish army military personnel equipped with anti-tank guns and American armored cars were transferred to the Dnieper region in Ukraine.

Somewhere both Tadeusz and Zbigniew Brzezinski are smiling from their graves.

Their long-held dream of using Poland as a lever to strike a blow against the Russians is finally being fulfilled—at the potential cost of igniting a world war.

At the request of President Woodrow Wilson, the United States granted Poland a war loan of $176 million, enabling the purchase of, among other things, approximately 200 tanks, 300 planes, war materials and food for the Polish Army. An American fighter pilot squadron defended access to Lviv during the Battle of Zadwórze on August 17, 1920, and other Americans fought against the Red Army in Semyon Budyonny’s 1st Cavalry Army.

Brzezinski was also a member of the Council on Foreign Relations (“Wall Street’s think tank”) and the Bilderberg Group.