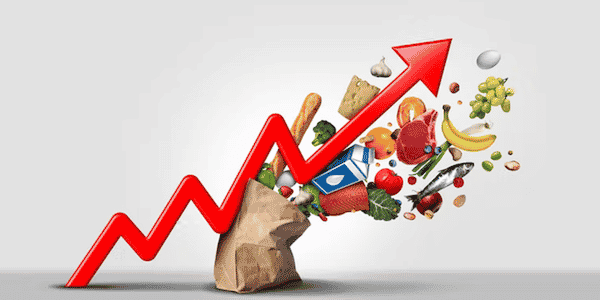 Capitalism is a system that has an innate tendency to get into a cul-de-sac of crisis, and the only way it knows for coming out of crisis is by further exploitation of the working class.

The cost-of-living crisis—caused by inflation, which eats up the earnings of the working class by price increases—and starvation have emerged as two important issues following the pandemic and the Ukrainian war.

The working class all over the world are fighting the cost-of-living crisis, because their wages are not catching up with price increases. The people are trying hard to limit their needs to a bare minimum to make ends meet, and this has an adverse effect on the standard of living and the quality of life.

In Britain there are stories of elderly people who have a travel pass for public buses travelling around the whole day just to keep themselves warm, because they cannot afford heating oil for their homes and queuing up in food banks to survive.

Capitalism’s greed to exploit resources—natural and human—pushes it to war. War in a globalised world causes trade disruptions and a supply-chain breakage, which causes price increases and finally ends up in misery for the people not only in countries involved in war but in other countries as well.

The rising fuel prices have a domino effect, increasing the price of all other commodities. Even the EU’s production powerhouse, such as Germany, which depends heavily on Russian energy, is finding the cost of production going up, which contributes to price increases.

The advocates of neoliberal policies say that inflation is caused by the absence of unemployment, which creates an increase in bargaining capacity for labour, which drives up the cost of production, resulting in inflation.

If the diagnosis is wrong, how can the treatment be right?

The solution they put forward for tackling inflation is to increase unemployment, which will make people compete for jobs, accepting lower wages, creating a race to the bottom in wages, which reduces the cost of production, thereby bringing down inflation. But the actual reason for this solution is to increase profitability.

As they claim, inflation is not caused by high wages, or full employment, or increased demand (too much money versus too few commodities): the actual reason is lack of supply, because of sluggishness in investing, a result of a decreasing rate of profit as well as the ban on fuel and food grain from Russia.

Inflation is a class war waged against the 99 per cent by the elite 1 per cent. The money extracted from the working class through inflation is transferred to the rich as subsidies and tax cuts to promote investment. But the investment won’t happen, because the solution proposed for overcoming inflation by increasing interest rates will only cause a lack of investment and weaken production, thereby affecting economic growth.

The solution can only be to raise wages to catch up with price increases and to increase demand in the economy, which will create an atmosphere for investing in production to match the demand.

If there is enough money to spend on war and weapons and to provide tax cuts to transnational corporations, there cannot be a lack of money for raising the wages of workers suffering from the cost-of-living crisis. In fact what is lacking is the political will, thanks to the class orientation of people in power.

Capitalism was in a systemic crisis even before covid-19, but its fragility was exposed during the pandemic. The war in Ukraine, which resulted in sanctions and embargoes on Russia, stopped the exporting of food grain, fuel and fertiliser from the country, thereby causing food insecurity (in the poorest countries in central Asia, Tajikistan and Kyrgyzstan, and many African countries), fuel becoming dearer, and a decline in food production. Even modest estimates say that 2.3 billion people are in acute starvation as a result of the combined effect of covid and the Ukrainian war.

The reason for starvation and food insecurity is unemployment, the fall in real wages, the ban on Russian food grain and fertiliser, and monopoly in agri-business.

A system that produces enough food to provide for 7 billion people in the world but still lets 2.3 billion starve has no reason to exist.

There is an alternative. “When nothing goes right, go left.” The ruling class have declared class war through “austerity” and inflation; it is the historic duty of the working class to acknowledge the class war and engage in a fight for socialism.

If we don’t fight for an alternative way of organising production, in other words for socialism, the next generation will have to live with barbarism.